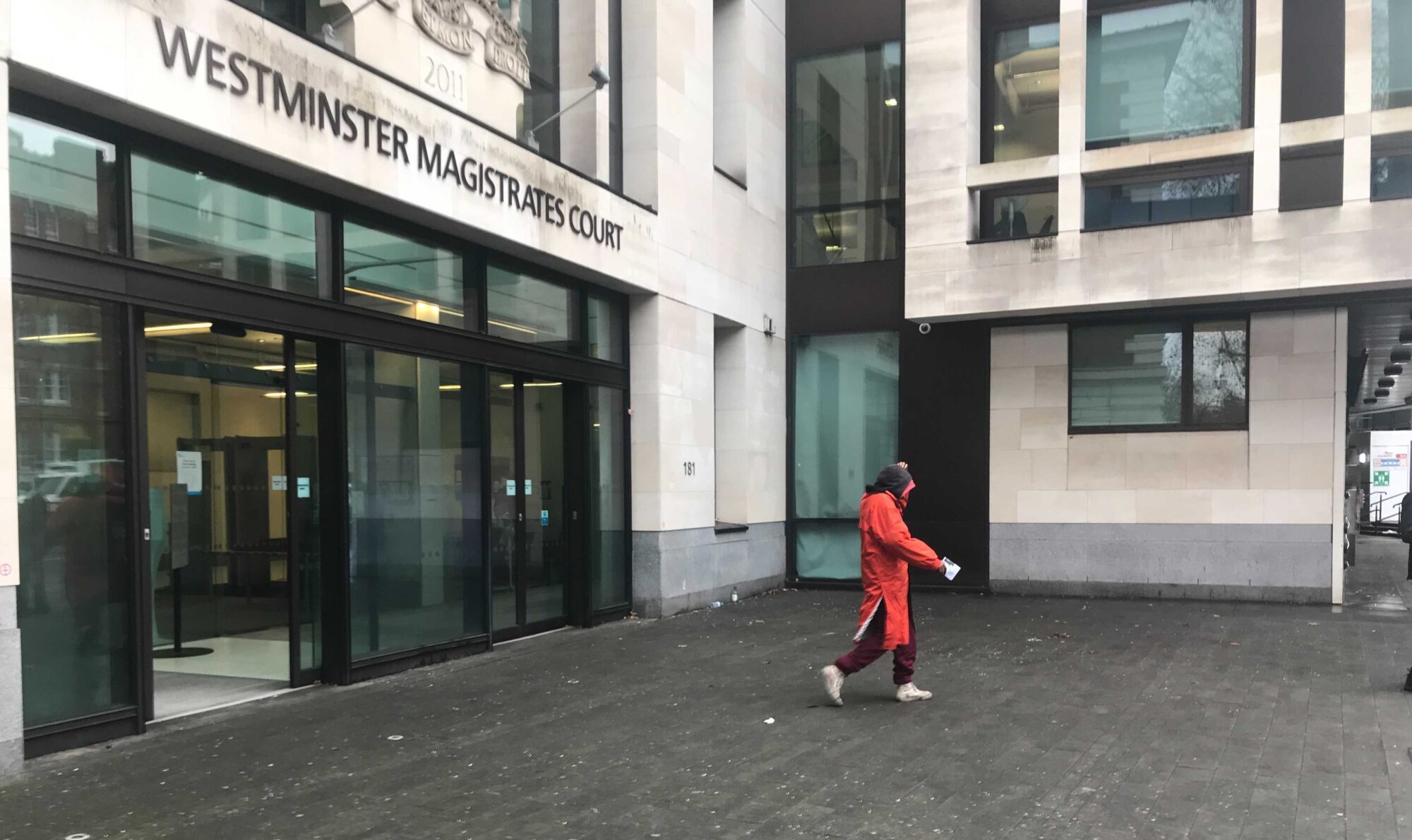 A man could be sent to jail if he throws a party over the next two years.

Oswaldo Desilve-Chitas, 39, was banned from having anyone into his flat by Westminster City council on October 12 after neighbours complained about the amount of noise coming from his home.

But Desilve-Chitas disobeyed the rules and allowed two friends in to “use the toilet” at his home in North Kensington on November 15.

Desilve-Chitas was told he could face at least three months in jail if he allowed people into his home again, after he pleaded guilty at Westminster Magistrates Court on December 3.

The court heard police visited Desilve-Chitas to see if he was following the rules but discovered two of his friends had been there for a couple of hours.

Prosecuting, Mr Packman told the court: “Police entered the address to see if the order was in check and went upstairs.

“The neighbours informed police there were two people sat on the sofa.

“The defendant came out of a separate room.

For Desilve-Chitas, Ms Asfew explained he suffered from schizophrenia and he had tried to stop his friends from coming in.

She said: “The closure was imposed because of the level of noise at the flat and from visitors.

“He told them he wasn’t allowed to have visitors.

“He shouldn’t have let them in but he did. He had trouble getting rid of them.

“He knows he shouldn’t have let them in and he won’t be letting them in again.

“He is coping with a mental health illness.”

The magistrate gave Desilve-Chitas a compliance order – meaning he must not have anyone in his home for two years or get into trouble with the police – or the order could be extended and he could face jail.

He said: “Stay out of trouble for two years and you are home and safe.

“If you commit a further offence you will be punished.

“This [compliance order] gives you the opportunity to show you can comply with the court order.

“We do think it’s right you should pay something towards the cost of prosecution.”

Brockhampton have announced they’re breaking up