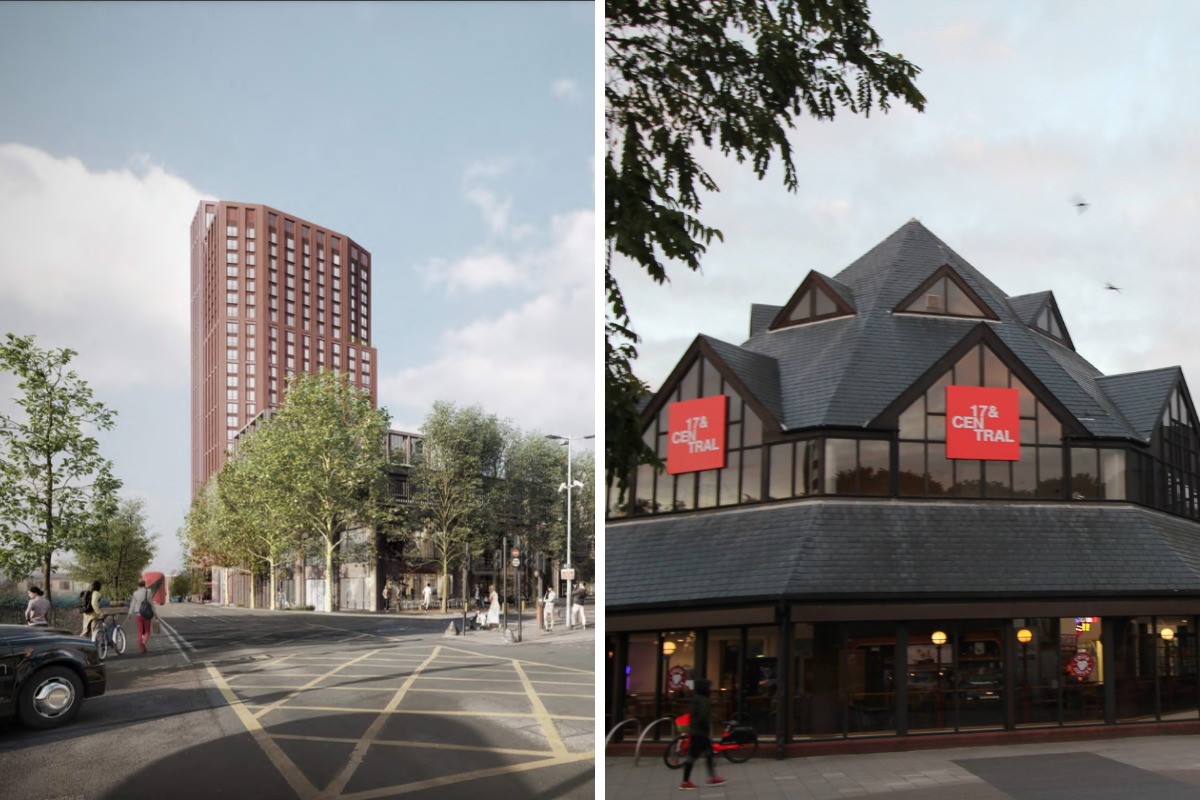 The scheme includes two towers, 34 and 27 storeys tall, and the majority of flats will be owned by the developer and rented on the private market for at least fifteen years.

The developer struck a deal with the council that includes 99 “affordable” flats and a £7.3million cash sum to Waltham Forest Council for “off-site” affordable housing.

When added together the deal still falls four per cent, or £4.1million, short of the 35 per cent affordable housing requirement set by the Greater London Authority (GLA).

The GLA – who check developments in London meet its planning rules – approved the £200 million scheme in May this year.

In order to secure a discount on the 35 per cent affordable homes it should provide, C&R submitted a document known as a Financial Viability Assessment (FVA), that calculated a low profit from the scheme.

While approving the scheme, the GLA said it “did not agree with” the figures in the FVA after its planning officers had “robustly scrutinised” them.

Their report adds: “However, we have concluded that the offer is the maximum viable amount of affordable housing the scheme could provide.”

C&R may still have to contribute more for affordable housing when Waltham Forest reviews the construction costs at earlier and later stages of the build.

The FVA – which has not been made public – will be made available “this week”, according to a Waltham Forest spokesperson.

The spokesperson added that the affordable housing offer from C&R was the “maximum level” possible and that building on top of an active train station will add “complexities” and costs.

The GLA’s London planning rules prioritise “mixed and inclusive” communities, and say cash payments should only be accepted “in limited circumstances” where on-site affordable housing is “not practical”.

However, the report accepts that any more than 99 “affordable” homes would be “difficult to accommodate and effectively manage” in the same scheme.

Other financial “challenges”, accepted by the GLA include the high costs of building two tall towers at the same time, the new underground station entrance, the lower value of homes in Walthamstow and a “relatively costly” basement.

C&R has also agreed to pay £1.5million towards a new step-free entrance to Walthamstow Central station, although this is dependent on millions of pounds in funding from cash-strapped TfL.

The GLA said public feedback included “eyesore representations” about the height of the towers, but accepted the design “given that the council has yet to identify specific areas suitable for tall buildings”.

Nancy Taaffe, of campaign group Save our Square, said: “Private property developers are allowed into our borough to make profits for their own pockets; they are given councillors’, then the mayor’s blessing to construct flats that are ‘unaffordable’.

“It’s madness; they use housing as an investment bank. It’s more like the generation of profits, not regeneration of the Square!

“They might well throw the council a few crumbs to deal with council housing – as long as it’s off-site and far away from their development!”

A GLA spokesperson said: “All schemes are expected to maximise the delivery of affordable homes, however it is acknowledged that not all schemes are capable of reaching this target.

“The viability assessments consider numerous factors, including the allowance for a reasonable return of profits for the developer.”