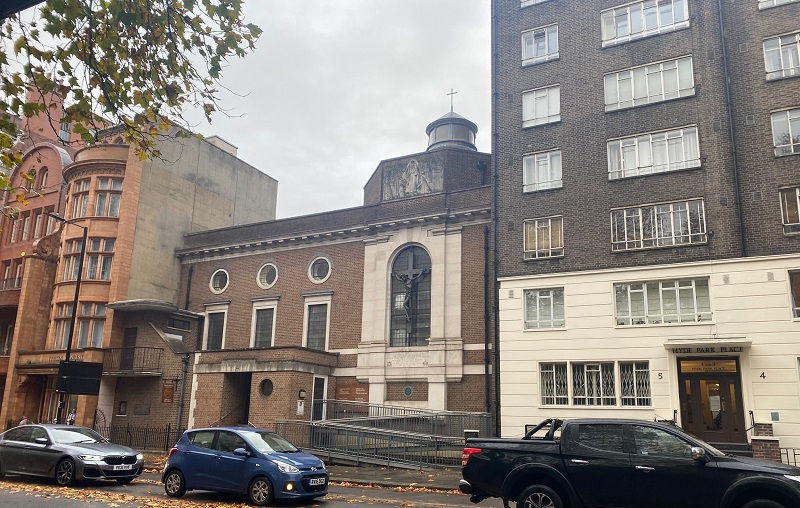 Nuns at a convent have been caught up in a bizarre row about loud clucking from chickens.

Sisters at Tyburn Convent in Paddington have had to defend their hens after angry neighbours complained they are being too loud.

People living near the convent, opposite Hyde Park, have complained to local councillors about loud clucking noises coming from the premises.

But the nuns said there is not much they could do about the noise.

The Mother Prioress, who is in charge of the convent, told the Westminster Labour Group: “It is definitely not a cockerel.

Sometimes a hen will start to cluck when laying an egg, but we are not sure what can be done about this.

“Most of the time they are quiet. Sometimes, unfortunately for the neighbours, one or two hens just decide to cluck for a little while before settling down again.”

A newsletter by the Labour Group said: “Nearby residents have again raised concerns about the loud clucking from the animals at the convent.”

The convent, set up in 1901, is home to Benedictine nuns.

It is also home to London’s smallest house, measuring just under 100 centimetres.

The building bears a plaque dedicated to 105 Catholic martyrs who lost their lives at the Tyburn Gallows in the 16th and 17th centuries.

Tyburn, near Marble Arch, is a famous site for historic hangings, where around 50,000 people are believed to have died.

It was the site of the King’s Gallows, from the 12th to 18th centuries, where all types of criminals were executed.

We visited the convent for comment, but were asked to leave.