Armed police descended on a store on Oxford Street this afternoon after reports of a man with a knife.

Shoppers panicked as Marks & Spencer in central London was evacuated on Thursday.

But there are no reports of any victims and the store is now reopening.

The Metropolitan Police say no arrests have been made and an investigation has been launched.

One shopper told Metro.co.uk she was inside M&S when a man started ‘shouting something like “don’t lose your life today”‘.

She said: ‘Quite honestly my heart completely dropped and I just started running and had my mum behind.

‘Then, about five or so minutes later, police vans started to show up.’

Another person on the scene said armed police were ‘all over the place’ after a fight allegedly took place in front of the store.

One shopper said there were armed police ‘all over the place’ (Picture: Stephen Chung/LNP) 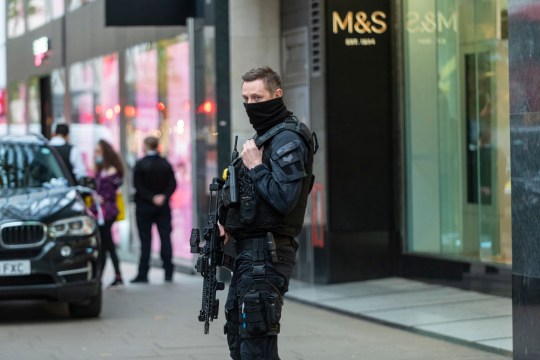 Another person on the scene said her ‘heart dropped’ (Picture: Stephen Chung/LNP) 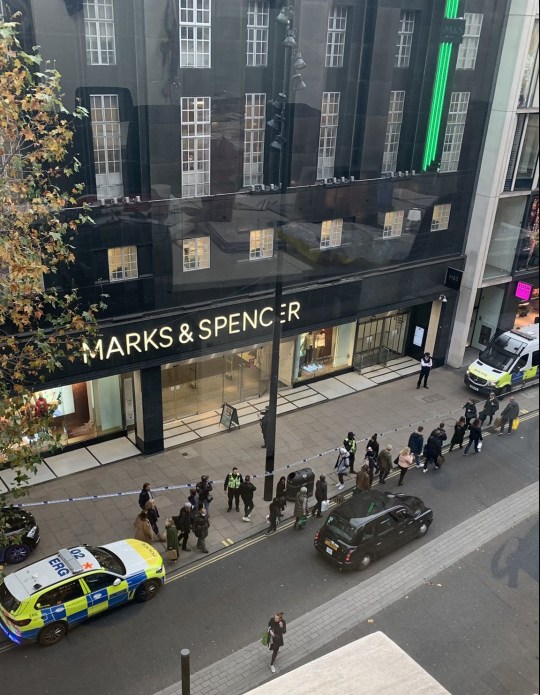 The store has since reopened (Picture: Faisal Amjad)

Police confirmed a store had been evacuated ‘as a precaution’ in a statement earlier.

A second statement said: ‘Police are now leaving the shop in Oxford Street, which is reopening.

‘There are no reported injuries and no arrests have been made. Enquiries are ongoing into the circumstances.’

London weather: Hopes for snow dashed as mini ‘heatwave’ on the way with temperatures closer to those seen in April