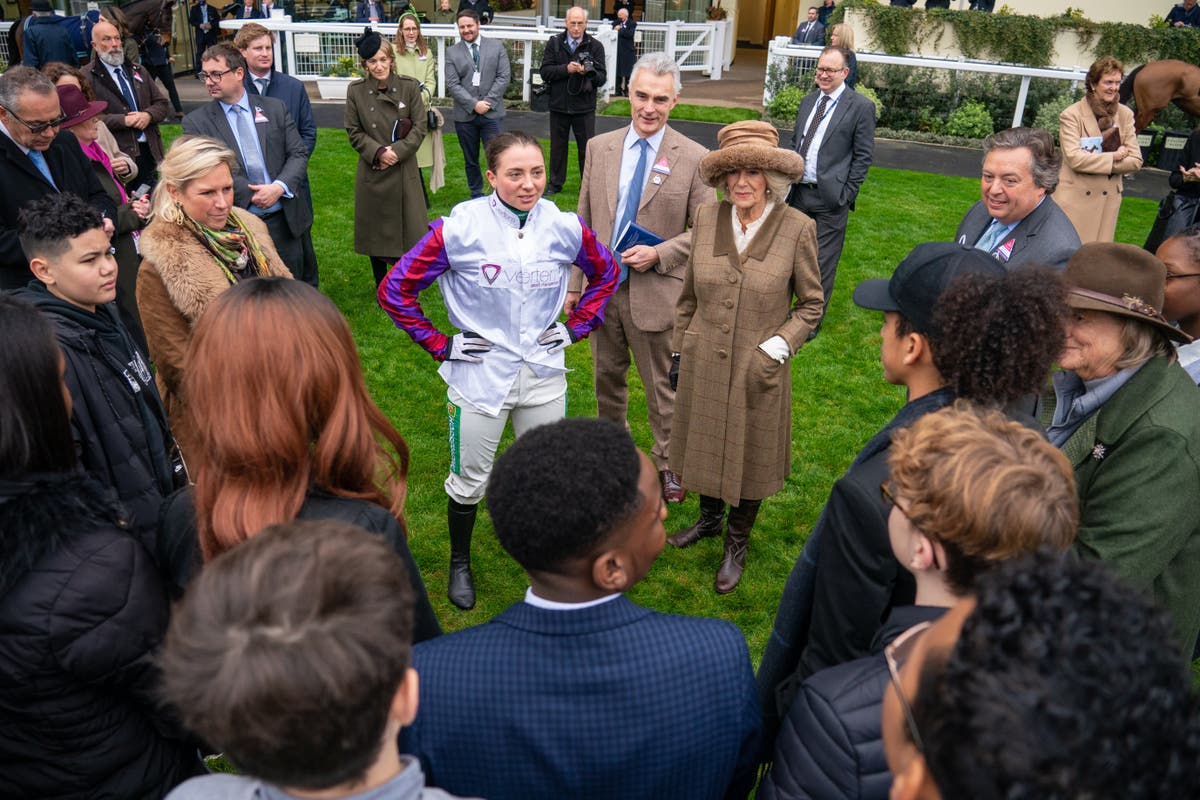 he Duchess of Cornwall invited young horse riders from the back streets of Brixton into the inner sanctum of the sport of kings at Ascot today.

Young jockeys from disadvantaged backgrounds who learned to ride at the Ebony Horse Club in the deprived district of south London joined Camilla in the royal box to watch a race and were given a VIP tour of the course.

Camilla, who is president of the club and also favourite to take over from the Queen eventually as the Royal Family’s strongest supporter of racing, asked some of the young people to judge the best dressed horse in a race.

She also invited a wider group of students to join her in presenting the prizes to the winning jockey and trainer of the second race of the day, the Ebony Horse Club Steeple Chase.

Alongside her at the presentations were Khadijah Mellah, a graduate of the Ebony club who in 2019 became the first British Muslim woman jockey to win a race, and O’Shane Marsh, 16, who also began at Ebony and is currently training as a jockey after winning a pony race at Ascot two years ago.

The Duchess, who had returned from a tour of Jordan and Egypt with Prince Charles the previous evening, hailed the promising young riders from south London as an inspiration and described how proud they made her.

“I get huge pride. It’s so wonderful,” she said in an interview with ITV Racing’s Oli Bell. In the parade ring she chatted to the students, including O’Shane, who is from East Dulwich in south London. You’re the one who won the pony race. That was fantastic!” she said.

He and two other promising riders from the club, Theo Protheroe, 15, from Brixton, and Jesse Raven, 15, also from Brixton, were invited to join Camilla in the royal box with Ebony’s chairman Sue Collins and the Queen’s representative at Ascot, Sir Francis Brooke.

Afterwards they raved about the experience, describing luxurious seats, drinks cabinets, four television screens, and a view of horse racing they had never seen before.

“It was really fun. It gave you a different perspective. Normally you’re down at ground level but you’re so high up and you can see everything,” Theo said.