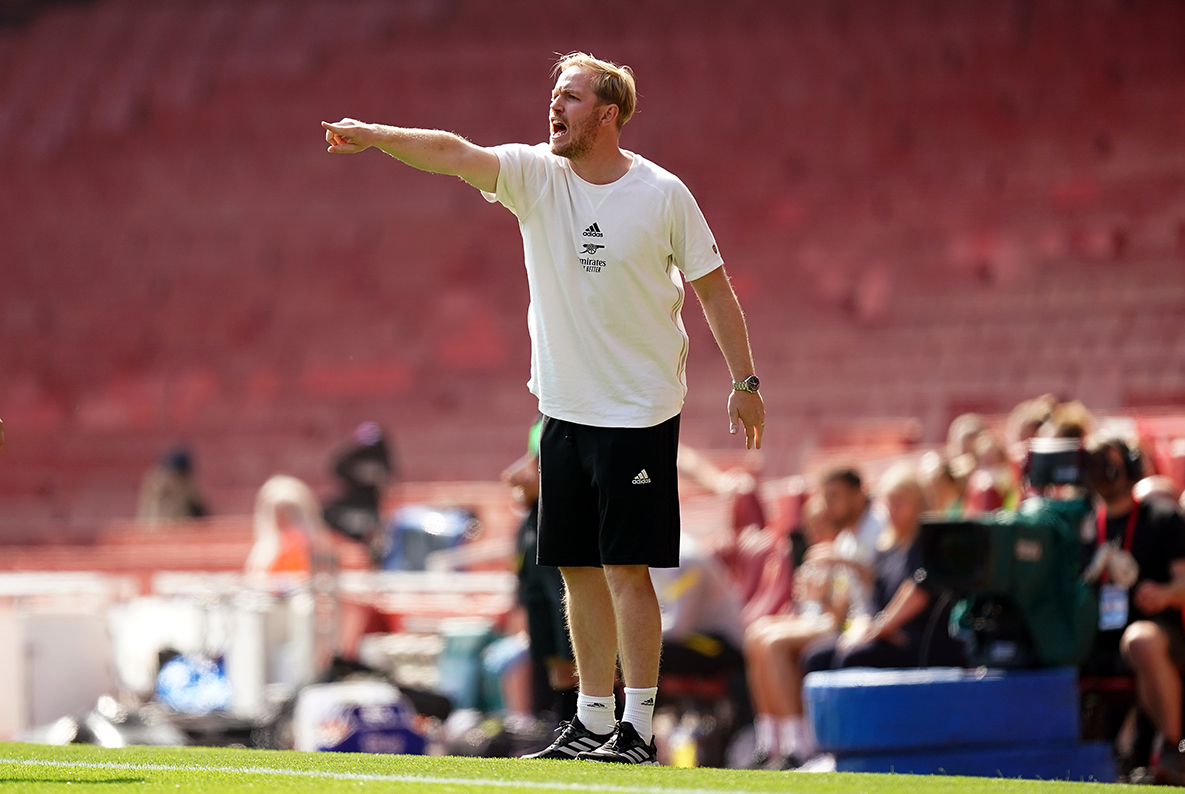 ARSENAL Women take on Manchester United Women on Sunday lunchtime at Leigh Sports Village in the pick of this weekend’s Women’s Super League fixtures, as questions arise over the punishing schedule endured by players at the top clubs.

The news that Gunners captain and influential defender Leah Williamson will miss a significant chunk of the season, through an injury the talented centre-back picked up during last weekend’s North London derby, has led to fears over player burnout.

While Jonas Eidevall’s side contains genuine quality in all areas, they stuttered at the Hive last week, with a late Viv Miedema goal saving their blushes to ensure a 1-1 draw in the North London derby, after an excellent performance by Tottenham Women.

Boss Eidevall was not impressed, describing his side’s schedule as “almost inhuman.”

Further consultations and assessments are being undertaken with Leah’s recovery and rehabilitation programme set to be determined in the coming days, but it is expected Williamson will definitely be out until early next year.

Williamson’s injury also prompted England boss Sarina Wiegman to comment on the situation. With World Cup qualifiers against Austria and Latvia coming up next weekend, Wiegman said the absence of her temporary captain was “very disappointing.”

“The players have so many games and we have to consider when they are going to have some rest, physical and mental, because they are just human beings.”

Marc Skinner’s United — who have played in Leigh since they were founded, beginning with their title-winning FA Women’s Championship campaign in the 2018-19 season and their two subsequent campaigns in the top flight since then — start the weekend in fifth place, as they aim to improve on one win in their last five league games.

Skinner joined United as head coach from Orlando Pride over the summer. The 38-year-old filled the position after the exit of former England international Casey Stoney, who had led the team into the top division and two consecutive top-four spots.

While their current league form is patchy, the Red Devils did beat rivals Manchester City 2-1 in the FA Women’s League Cup on Tuesday, the same evening Eidevall’s Gunners eased past Danish Champions League opponents HB Koge 3-0, to all but seal qualification for the knockout stages of the tournament in the spring.

Skinner, who opts for 4-2-3-1 with attacking full-backs attempting to dominate wide areas, admits his team has to be more deadly in the final third.

“Their energy is brilliant but they have to put it into the final action,” he said after their 1-1 draw at Everton last weekend, adding: “We will keep working at it — it is just a flick of a switch and then we will be scoring, scoring, scoring. It is tiny details to get us where we want to be.”

With only 12 league goals scored this season by United – half of the Gunners’ total of 24 – the clash promises to be an absorbing one, as the home side aim to become the first English team to beat Arsenal this season.

While they partied, I was cheated out of the last days with my dying partner, writes SUE REID