There will be plenty of analysis behind Arsenal’s recent defensive improvements, but for Nuno Tavares it’s quite simple: “We like to defend.”

It shows too and he’s not the first Arsenal player in recent weeks to talk about the club’s thirst for keeping the goals out, something we may not have associated with the Gunners in recent times.

Ben White and Gabriel and Tomiyasu or KT or Nuno, whenever they’re playing, we actually really enjoy defending. I think you see when we make blocks or saves, we are all together and we are fist-bumping.

That appetite for defending shines through with the fist bumps, words of encouragement and the celebrations with every last-ditch block, tackle or save from this new-look Arsenal defence, who have kept four clean sheets in their last six matches.

But it’s not just the defence that deserves credit either, according to Tavares.

“We are being aggressive with every ball and we don’t like conceding goals. That’s the key to defending well.” 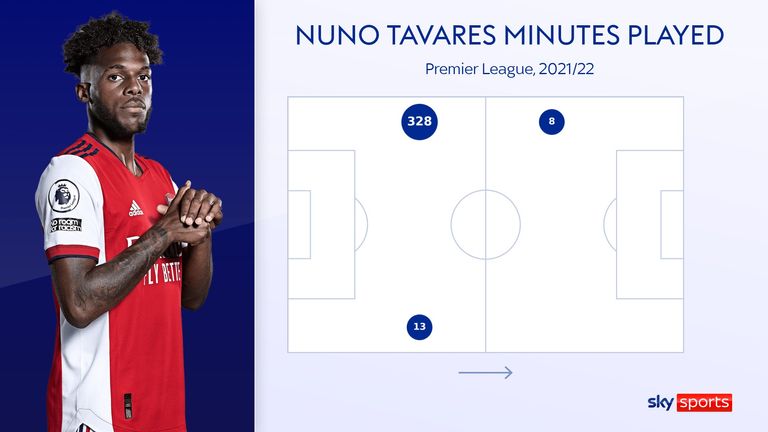 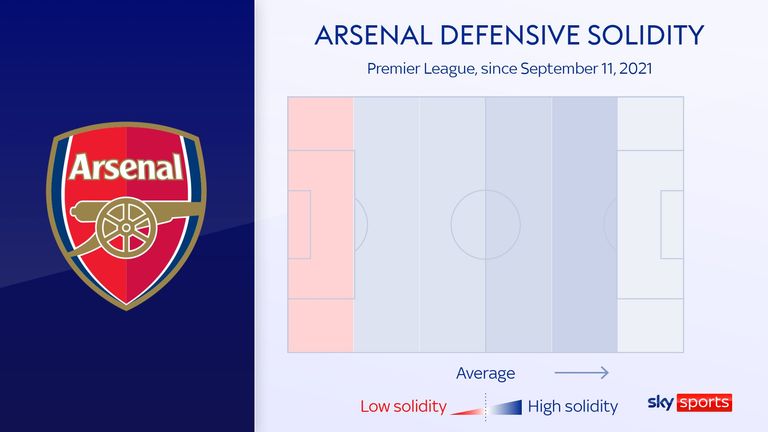 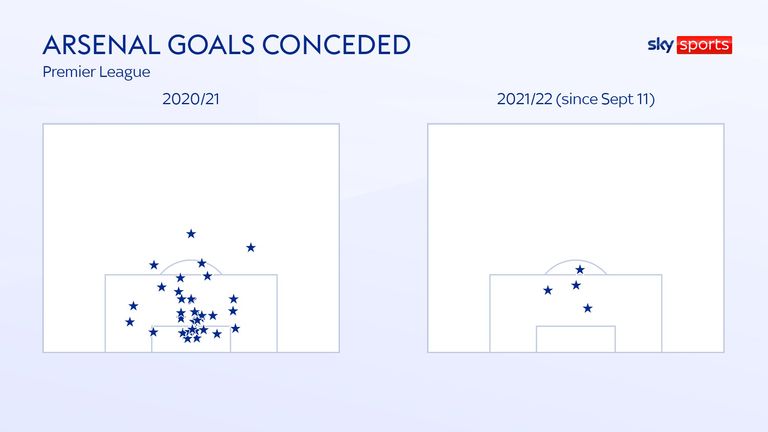 ‘We are Arsenal, it’s normal for us to win’ Mikel Arteta’s side are 10 games unbeaten in all competitions and moved into the top five of the Premier League after turning around their fortunes following their worst league start in 67 years.

However, their unbeaten run will be firmly put to the test this Saturday, live on Sky Sports, when Arsenal head to Anfield, a place they haven’t won at in the top flight since 2012.

Arsenal defenders Kieran Tierney, Nuno Tavares and Takehiro Tomiyasu and goalkeeper Aaron Ramsdale all returned to the Emirates Stadium after the international break having not conceded a single goal.

Despite the test that awaits them, there is a real sense of belief developing at Arsenal.

“We are confident about going to Anfield and winning the game with a clean sheet or not,” Tavares said. “We want to win the game and more importantly than a clean sheet, get the three points.

“Arsenal is a big club with big players. It is normal for us to win games. For us, we want to be in the top one.

“I don’t know why people are so surprised. People need to understand we are Arsenal and we need to win games to reach our objectives.”

‘Ramsdale has helped us so much’ A key figure in Arsenal’s revival has been goalkeeper Aaron Ramsdale.

Since being handed his first Premier League start in a 1-0 victory over Norwich in September, the Gunners are unbeaten with six wins and two draws.

Ramsdale has five clean sheets and only four goals conceded in the last eight games, and his form led to him winning his first England cap in Gareth Southgate’s side’s 10-0 win over San Marino earlier this week. 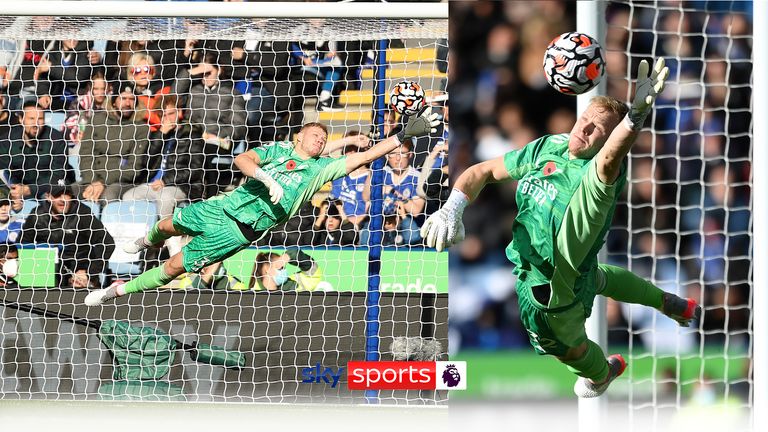 Watch Aaron Ramsdale’s sublime save from James Maddison’s free-kick which will surely be a contender for save of the season.

When asked about Ramsdale’s contribution to Arsenal’s turnaround and defensive improvement, Tavares said: “He’s been the most important guy in the defensive unit because he’s helped us so much.

“He’s always talking, helping me stay in the position I need to be in.

“He’s very strong and when we can’t save something, he’s there always. We are so proud of him.” 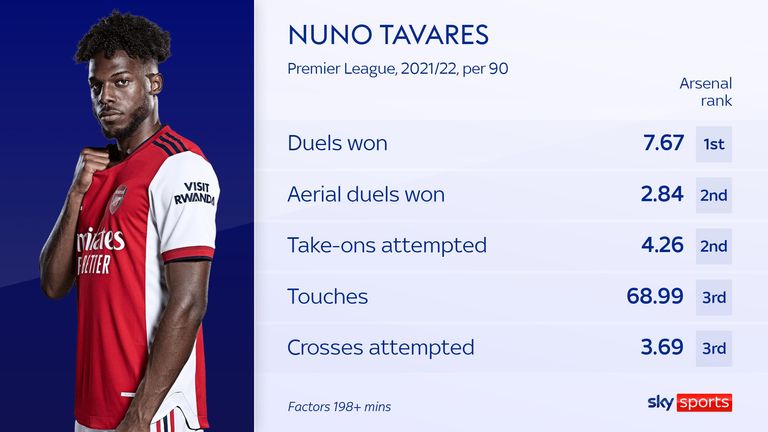 Tavares can also be proud of his own performances since joining Arsenal for £8m from Benfica in the summer.

Thrust into first-team action because of an injury to Keiran Tierney, the Portugal U21 international has become an instant hit with the Arsenal fans, drawing plenty of praise for his all-action performances on social media.

Testament to his performances is the fact Arsenal have not missed the injured Tierney like they did last season when the Scot was also sidelined through injury. 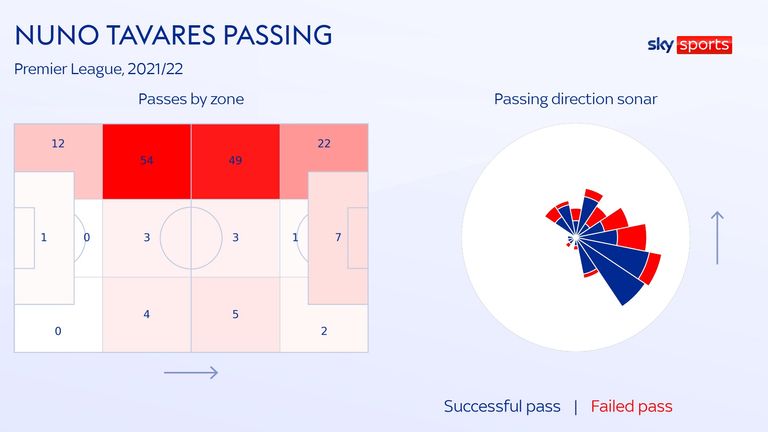 What you can see, his physicality, he is naturally a very gifted athlete. He can run and he can change speed and direction, and technically he is very gifted.

“When I arrived at Arsenal people were surprised by my physicality and my speed,” he said.

“I think it is good for me to bring energy when I am on the pitch, and I think I am doing well to help the team.” 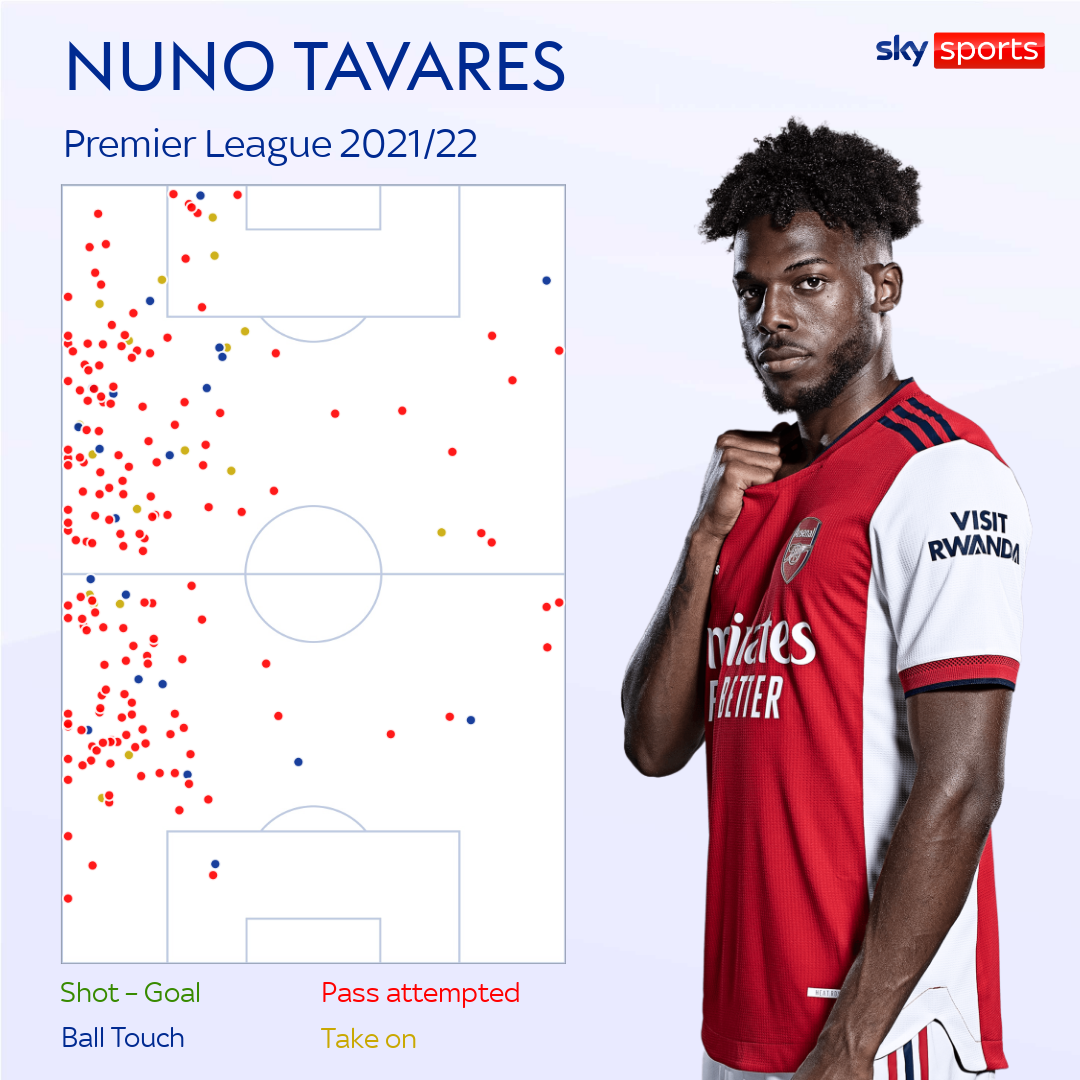 And settling into life at Arsenal… Tavares has certainly hit the ground running and settled into his new surroundings quickly, something he puts down to the youthful nature of Arsenal’s squad.

“Yes, of course [the young squad has helped me settle],” he said.

“I think it’s easier when you have young players in the squad because you can learn from each other and I think we can understand more what we want.

“And I think for the coach, it’s easier as well. We can understand each other and it’s clearer when he talks too.” He keeps talking to me about my position, what I could do more in my position, and he helps me in every training session to achieve my individual objectives.I think that’s everything for young players at the start of their careers.

‘We need to be ready for Liverpool’

You can sense the good feeling at Arsenal at the moment in Tavares’ every word and it’s not just on the field.

Arteta has praised the support from the Arsenal fans in recent weeks, saying it has had an impact on his side’s positive results.

Tavares agrees and is keen to repay the supporters’ faith, starting at Anfield on Saturday.

“We want to be number one, obviously,” he said.

“We need to give this to our fans because they deserve it because every time we play, they are with us.

“With the fans behind us, we have more confidence to win every game, home or away.

“Liverpool is a big step, but we play for Arsenal. We need to be ready for every game in the Premier League.”

Heung-Min Son: Tottenham forward likely to be out for rest of month with muscle injury | Football News