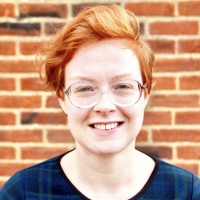 A new editor has been unveiled by a regional publisher after a restructure of its London newsrooms.

Archant has appointed Cash Boyle to head up its new Live reporting team in the capital, which aims to “better serve audiences with breaking news and relevant, digital-led journalism”.

The Live news team will focus on building the digital reach of Archant’s weekly newspapers in London and will enable specialist reporters to “focus on original journalism that truly matters to the communities they serve”.

Cash, pictured, has worked as a news reporter for Archant in London since February 2020.

She said: “I feel really privileged to be leading the newly-created live team and am grateful to have such great reporters working with me.

“It’s a unique opportunity that we’re all excited by – the potential is huge.”

Sally Patterson has been appointed as Cash’s deputy in the team as part of the restructure, which was implemented by Archant this week.

The ‘Live’ team will work across what the company considers its “main titles” in London – the Ham & High Express, edited by André Langlois, and the Romford Recorder series, led by Franki Berry.

Two chief reporters have been appointed to lead the rest of Archant’s London portfolio, while a new community team has also been set up to “improve the content for the smaller titles”.

No jobs have been lost as a result of the restructure, which follows a similar move at Archant’s Norfolk and Suffolk newsroom in September.

“Her drive and ability is clear and I am sure she and the whole Live team will prove to be a huge success in delivering the content our audiences want.”