Climate protesters were arrested at the Lord Mayor’s Show in London after they tried to block the parade route.

Extinction Rebellion (XR) activists sat in front of passing floats, carried banners that read “COP has failed” and wore giant heads made to look like Prime Minister Boris Johnson and Chancellor Rishi Sunak in the capital on Saturday.

XR said it was targeting the show because the COP26 conference in Glasgow has “failed to bring about the action necessary to tackle the climate emergency”.

Image:
Police had to remove activists who were blocking the parade route 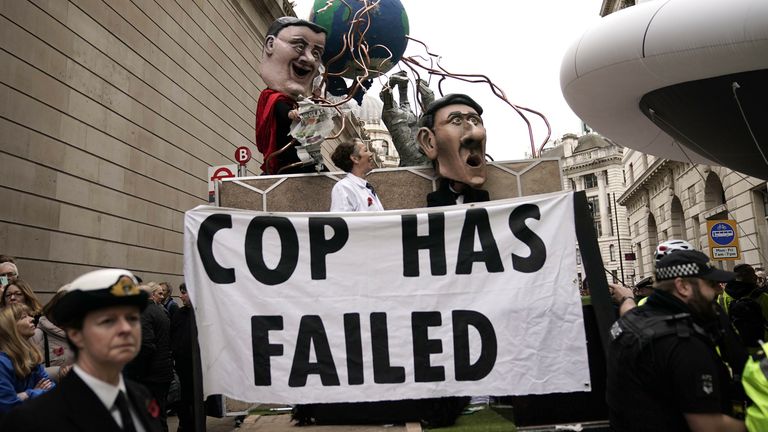 Miranda Duncombe, a member of the XR Families group, said she took part in the protest “for her children’s future” and because the government “has failed to act to protect them”.

“If the City of London was a country, it would be the ninth largest emitter in the world,” she said.

“The City’s banks and asset managers provide loans and investments for the projects and companies that are killing us. 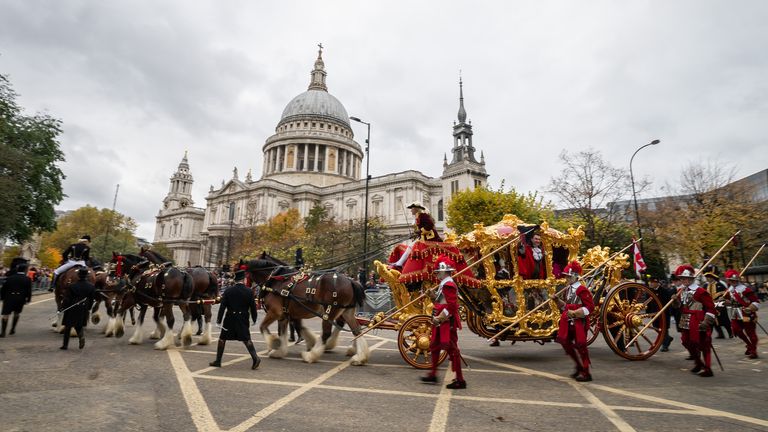 Image:
The show resumed after a year off due to coronavirus

“I’m calling for the City of London to divest from fossil fuels immediately.”

Mark, a music teacher from Nottingham also taking part in the demonstration, accused the government of hypocrisy for failing to stop oil exploration in the North Sea.

“The conference could have easily taken place online, rather than all these leaders flying into one place,” he told Sky News. 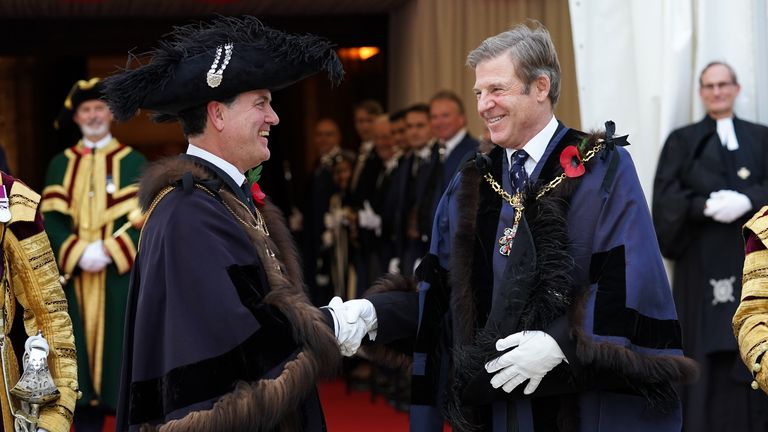 Image:
Vincent Keaveny (left) is sworn in as the new Lord Mayor of the City of London

“Boris Johnson is up there posing as the big motivator for change while at the same time the British government won’t sign off to stopping oil exploration in his own country.”

Another protester, Jenni travelled from Somerset, and said of the negotiations: “They say the deal about deforestation is good, but if they don’t act faster now so much of the world’s rainforests will be lost by 2030.”

The Lord Mayor’s Show dates back to the 13th century and marks the swearing in of the new mayor of the City of London. This year, the Lord Mayor is Vincent Keaveny – the 693rd person to take up the role. Image:
Jenni from Somerset was critical of the COP pledge on deforestation

Due to COVID it was cancelled last year for the first time since 1852, when it was replaced by the Duke of Wellington’s funeral.

On Saturday it saw 128 floats parade from the Guildhall in central London to the Royal Courts of Justice. 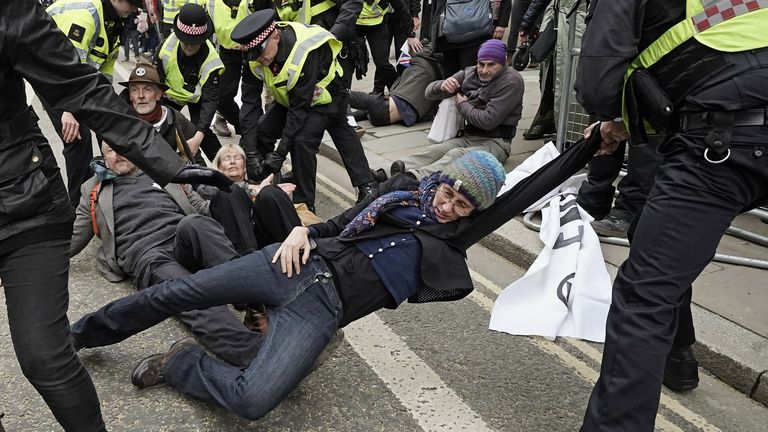 Image:
Protesters are dragged from the road in central London

Police confirmed “a number of arrests” were made.

“We are aware of a group of protesters in the City today. City of London Police officers are engaging with the group to minimise disruption,” a spokesperson said in a statement.

In Glasgow, COP26 talks spilled over into an extra day as a result of disagreements about fossil fuel pledges.