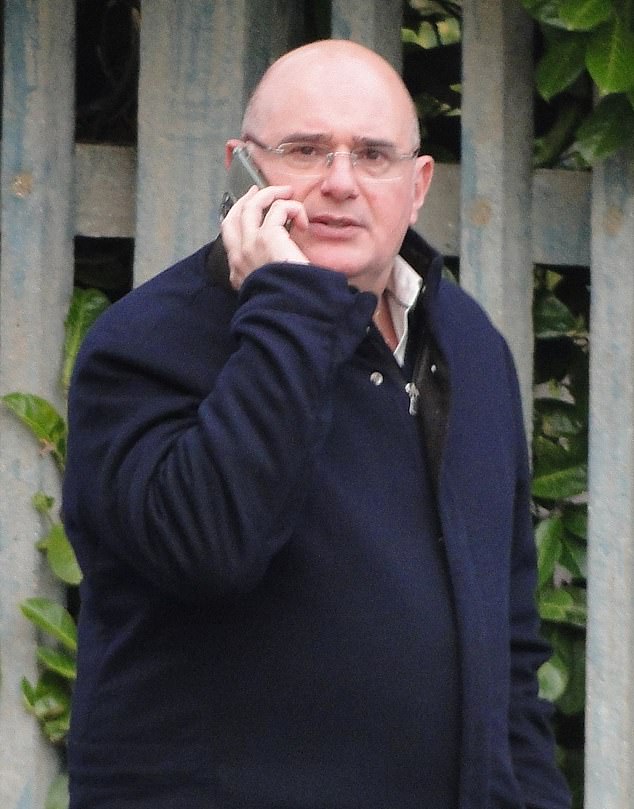 A rogue antique dealer deliberately targeted elderly homeowners in the poshest parts of London, flogging their valuable collectibles without permission or simply keeping them, a court heard yesterday.

Peter Taylor, 61, printed convincing looking flyers and business cards, presenting himself as a legitimate expert, who could obtain good prices at auction for the victims’ property, the jury were told.

Isleworth Crown Court heard the estimated loss to the 14 customers was approximately more than £195,920.

Trading under his previous legal name of Peter Tillott he operated in and around Kensington; Fulham; Chelsea; Notting Hill and West Brompton in West London.

Peter Taylor, 61, presented himself as a legitimate expert, who could obtain good prices at auction for the victims’ property, the jury were told

Taylor, from Twickenham, pleaded not guilty to 14 counts of fraud relating to each individual complainant between March 2016 and February 2019.

The prosecutor said: ‘This case involves the targeting of elderly and vulnerable complainants.

‘He posted flyers and business cards, purporting to be from an established auction house, offering to collect, value and sell items.’

Taylor operated under the company name ‘Chelsea Auction House’ and ‘Muck2Brass’, listing his 23-year-old son as a director.

‘The defendant changed his name for a fresh start because the reputation attached to Peter Tillott had become a liability,’ the prosecutor added.

One customer, company director Sheila Newsum, 83, who lives in a £1million West Brompton apartment, responded to Taylor’s business card, which he shoved through her letterbox, the court heard.

The Chair and Managing Director of Hunters Associates, an international events company, allowed Taylor to remove valuables from her home and said she suffered a £11,340 loss.

Prosecutor Katrina Charles said: ‘She felt she was dealing with a knowledgeable professional.’

Also replying to his business card was Austrian-born psychoanalyst Karin Syrett, 79, who lives in a £800,00 apartment in Royal Crescent, Notting Hill.

Taylor deliberately targeted elderly homeowners in the poshest parts of London, flogging their valuable collectibles without permission or simply keeping them, a court heard yesterday

She complained her things were sold by Taylor without her permission.

She says Taylor disappeared with £5,295 worth of her property, including an expensive chandelier which she discovered he was selling on eBay.

The businesswoman hunted the evasive Taylor down to his business unit, where she met his son.

‘He told her the defendant was either out, unwell or in hospital,’ explained Ms Charles.

Arnold Rosen also said he lost £2,285 worth of furniture Taylor removed in a hire van from his garage to sell at auction, the trial heard. 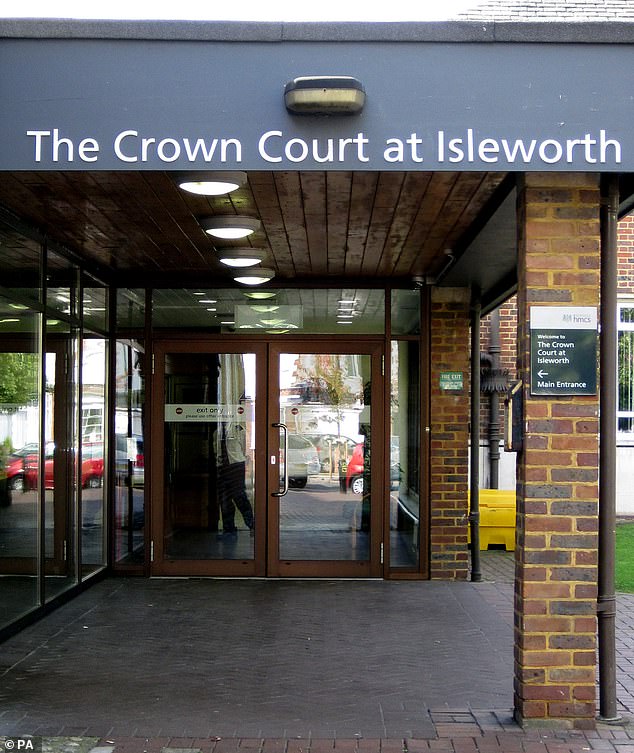 Isleworth Crown Court heard the estimated loss to the 14 customers was approximately more than £195,920

Another customer Roy Turner allowed Taylor and two assistants to walk out of his home with a treasured collection of thirty watercolours and prints, resulting in an estimated loss of £5,000-£10,000.

He said he made repeated attempts to contact the defendant, but did not hear anything.

French restauranteur Eric Payet, 44, allowed Taylor to clear his two old premises of all their contents and fixtures and fittings, resulting in an estimated loss of £112,000, he claims.

Taylor also cleared the home of a Helen Ford’s deceased mother and she found a clock, mink coat, silver coffee pot, music centre, tankards and pair of glass carafes on his eBay account.

He had claimed the possessions were worthless and the complainant estimated the loss at £2,500, Ms Charles added.

Another woman, Gill Miller, contacted Taylor after he put his business card through her letterbox and later saw her property for sale online, estimating her loss at £2,500.

Veteran antiques dealer Maria Gabriela Ponce de Leao, under pressure from her children to relieve pressure on space, allowed Taylor to walk out of her home with 83 antique items.

She had already handed him over her ‘best antiques’ earlier and claims valuables, including bookcases, chairs and a bureau were sold for rock-bottom prices at Lots Road Auctions Chelsea, resulting in a £30,000-£50,000 loss.

A Fulham property businessman, 72, plus two more men and a woman also say they were defrauded by Taylor.

The trial continues and is expected to last six weeks.