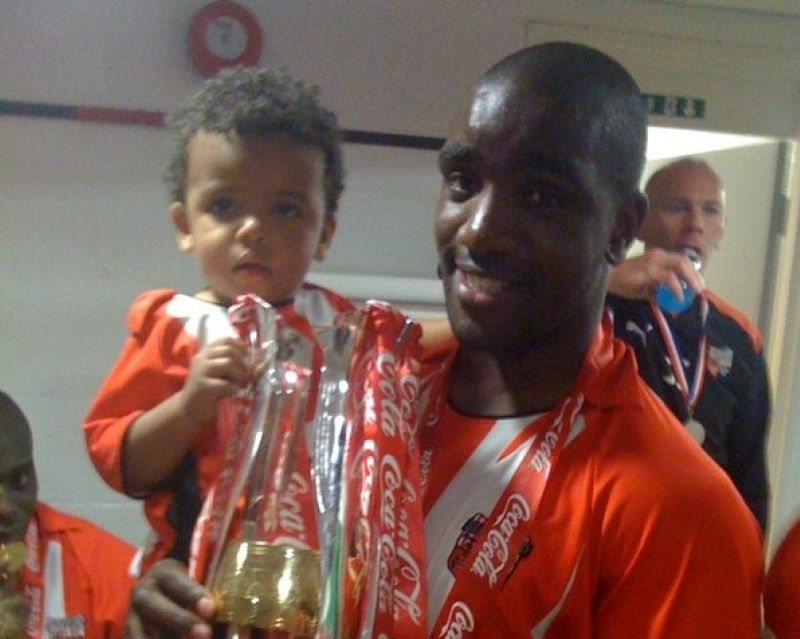 Nathan Elder, who was part of Brentford’s 2008/09 promotion winning side from League Two, is still revered by fans of the West London club.

Elder scored 11 goals in 47 appearances for the Bees during a productive spell with the club.

After signing from Brighton in January 2008, the striker became a cult hero in West London.

Elder said: “As far as league football is concerned it was 100% the best time in my career.

“I met some amazing people and players I call friends, as well as being part of the club’s history. I’m forever grateful for that.

“Honestly my relationship with the supporters fills me with joy anytime I think about it.

“A message on social media from a fan, an old video or photo, all of it just makes me proud and grateful to be honest.”

He experienced a rollercoaster debut against Mansfield Town – scoring an own goal (later awarded to Mansfield’s Michael Boulding) and netting an 85th-minute winner in a 3-2 Brentford win.

Arguably his most important goal for the club came in a 2-1 win over Bradford City in the 2008/09 promotion season as his 90th-minute header secured a vital three points.

“For the Bradford game, I’ll be boring my grandkids with that story believe me,” Elder said.

However, his season ended on 7 March 2009 after a horror clash with Rotherham United Pablo Mills.

Elder suffered a double cheekbone fracture, a fractured eye socket, severe trauma to the eyeball and extensive bleeding in and around the eye.

The vision in his left eye would never be 100% again.

On the incident, he said: “I first saw the physio’s face when he ran on the pitch and he just didn’t look right and kept trying to rush me off, which I thought was strange.

“I got into the dressing room I looked into the mirror and realised I was blind in my left eye. That’s when I panicked and begged someone to hurry up and get me to a hospital.”

Elder would never play for Brentford again but he did win a League Two championship medal at the end of the season before joining Shrewsbury Town.

These days, Elder works as a recruitment manager with special needs schools and is an assistant manager at non-league Hythe Town.

He has been impressed by Brentford’s start to life in the Premier League and believes they can aim high.

Elder said: “Its been such an amazing start but I genuinely feel that it won’t end there. The team is good enough and strong enough to be in the prem for the long haul.

“I need to come and see a live game before the year is up or I’ll be extremely disappointed in myself. I just need (former Brentford midfielder) Karleigh Osbourne to hurry up and get me a ticket!”