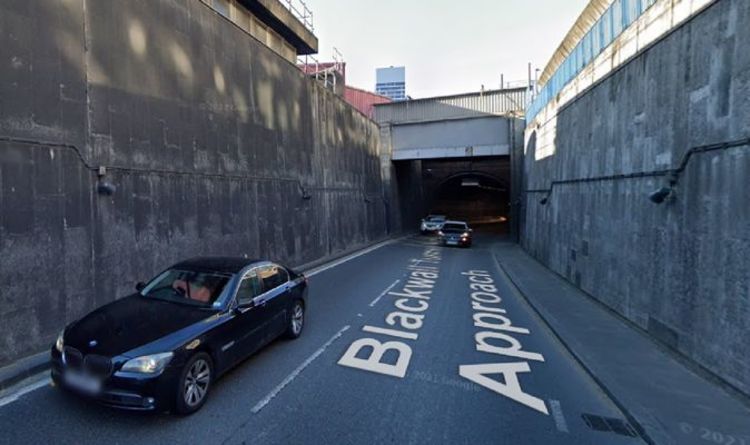 The tunnel – which runs underneath the River Thames – links the London Borough of Tower Hamlets with the Royal Borough of Greenwich. But due to a broken down vehicle, the tunnel was closed earlier this morning.

According to Good Morning Britain, the closure sparked up to six miles of traffic.

The traffic site, Jambuster, said the tunnel has since reopened but traffic remains slow.

“Traffic remains slow northbound on the Blackwall Tunnel Approach with tailbacks beyond the Wool.”

The University of Greenwich Buses tweeted: “Hi All, the service 0830 Greenwich to A/Hill via Eltham Stn Stop D is operating approx. 10-15mins behind schedule due to earlier issues with Blackwall Tunnel being closed. Sorry for the delays.”

The Kings Ferry Commuter wrote: “Because of the Heavy traffic trying to get into Blackwall Tunnel.

“All services are allowed to divert and use Dartford Tunnel and A13.”

Last month, the tunnel was blocked by the climate change activists, Insulate Britain.

“We will give the police the powers they need to put an end to their reckless and selfish behaviour.

“The right to protest is sacred, but there is no right to inflict chaos and misery on people trying to live their lives.”

Under the law, activists who block roads can face up to six months in prison.

However, police have complained they have insufficient powers to stop eco-protesters from shutting down some of the major roads across the country including the M25, M1 and M4.

Founded with the aim of ensuring insulation across Britain, the group laid out two specific demands for its September 2021 protests.

The first is that the British government fund insulation of all social housing by 2025, and the second is that, by the end of 2021, the Government must create a plan to fund retrofitting of insulation of all homes in Britain by 2030.