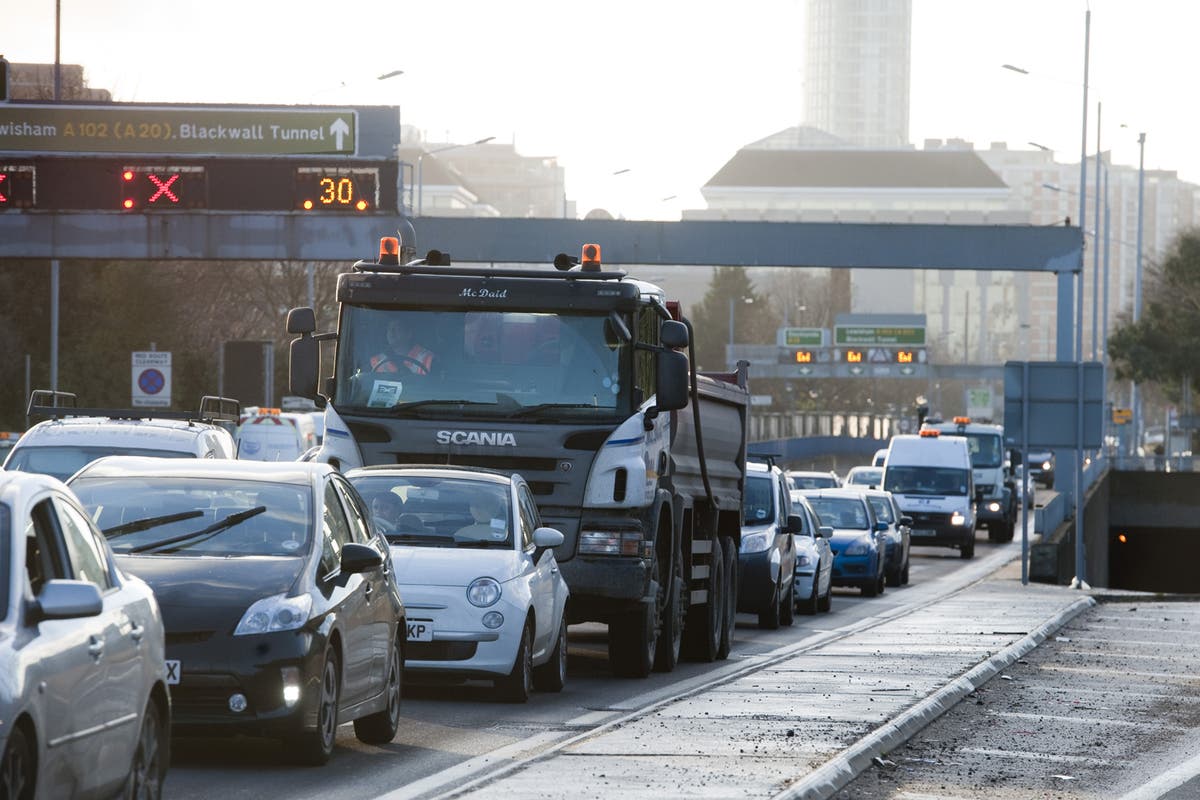 The northbound tunnel was closed due to a broken down vehicle on the A102, causing travel chaos among those wanting to get into the city.

Buses experienced delays and drivers were advised to plan an alternative route where possible.

Transport for London(TfL) said in a statement: “Traffic remains slow northbound on the Blackwall Tunnel Approach with tailbacks beyond the Woolwich Flyover. Expect delays.”

The Blackwall Tunnel connects Tower Hamlets with the Royal Borough of Greenwich and runs beneath the River Thames in east London.

Heavy traffic was reported until the Woolwich Flyover in south east London.

One person commented on Twitter: “Blackwall tunnel is closed so steer clear of the area for now.”

Another wrote: “Stuck in a Blackwall Tunnel queue. Broken down vehicle in the tunnel.”

Uni of Greenwich Buses tweeted: “The 8.30am service Greenwich to A/Hill via Eltham Station Stop D is operating approx 10 to 15 minutes behind schedule due to earlier issues with Blackwall Tunnel being closed.”