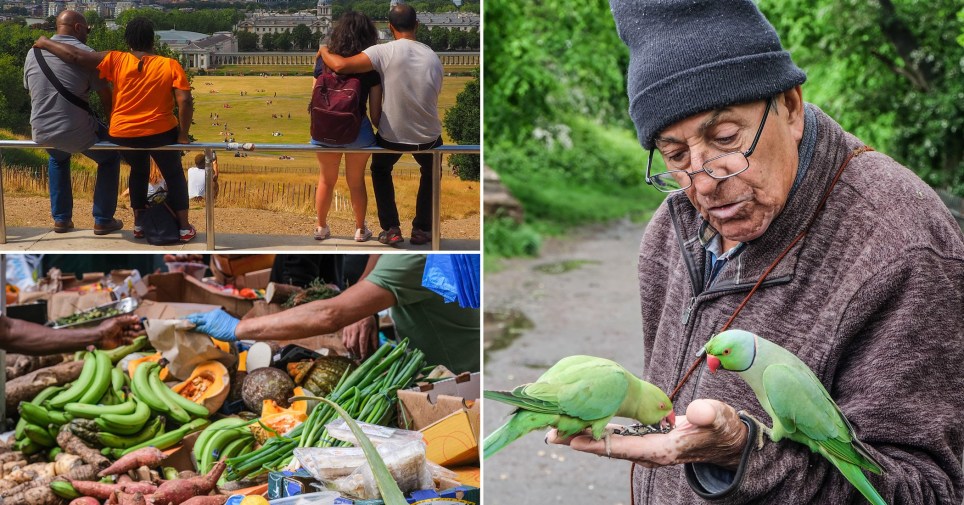 The MyLondon calendar helps to empower those with experience of homelessness (Picture: Goska Calik)

Each year since 2013, the MyLondon Photo Project has handed out 100 single-use Fujifilm QuickSnap cameras to London residents who are either currently homeless, have experienced homelessness in the past, or are at risk of becoming homeless due to addiction or mental health issues.

Along with these cameras is a simple direction: take photos to document your lives.

This year – including the previous 15 months due to Covid’s impact on the project – the theme was ‘beautiful London’.

The resulting photos then form a calendar, which is sold to raise funds towards the project, training individuals in photography and giving them 50% of the profits from the sale of their photographs.

All 100 photos will also be shown in an exhibitionin the Minet Library in Brixton, London, and sold online through the Cafe Art website.

Ahead, take a look at a selection of the photos captured this year. 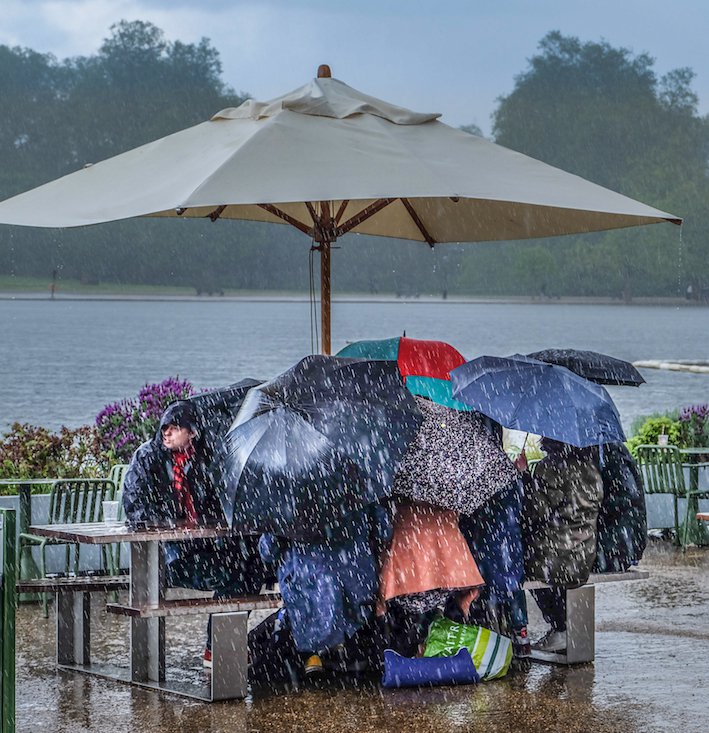 Shenan Chandler took this shot in Hyde Park during a torrential downpour while on a photo walk with the Café Art RPS Photography Mentoring Group (Picture: Shenan Chandler) 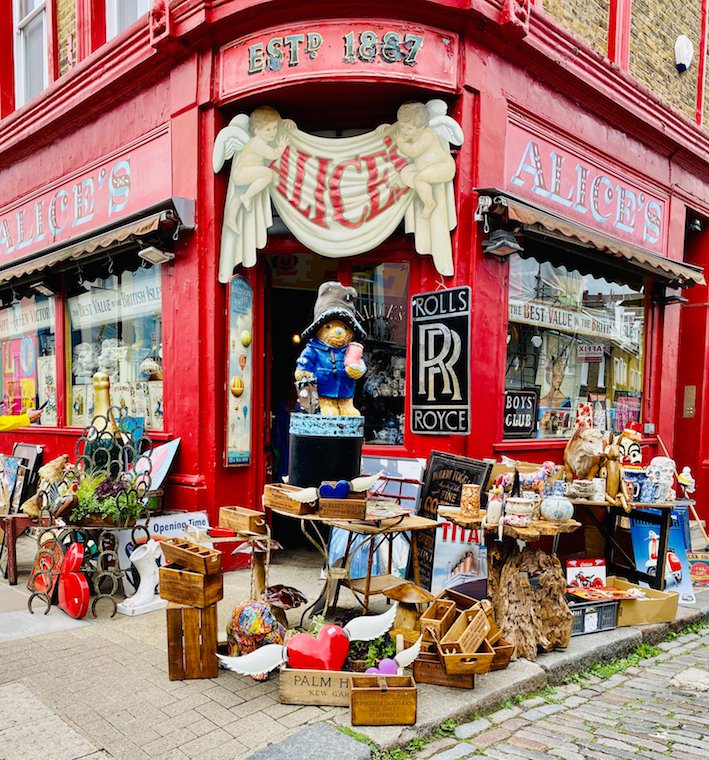 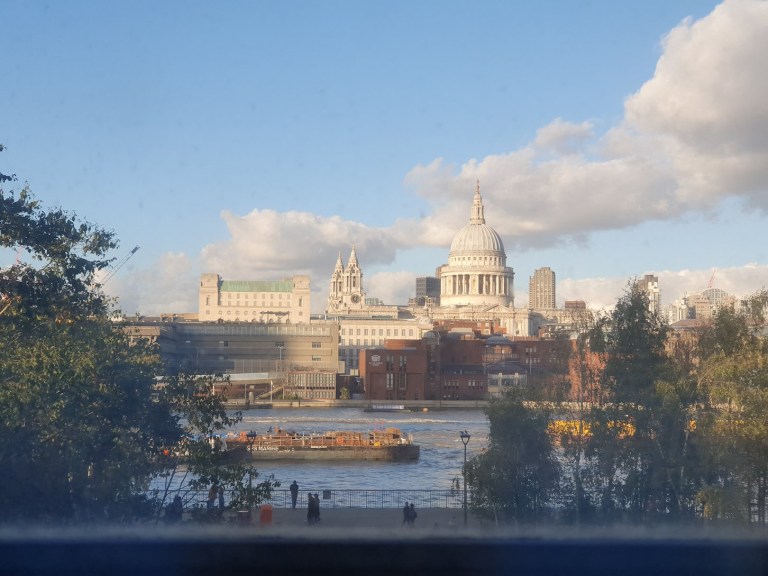 ‘As the photographic group was just about to leave, I turned towards the windows and saw St Paul Cathedral a symbol of strength since it was built and further down people walking quietly by,’ said Viviane. It was simply for me a moment of beauty, tranquillity and of some hope for our future’ (Picture: Viviane Boulay) 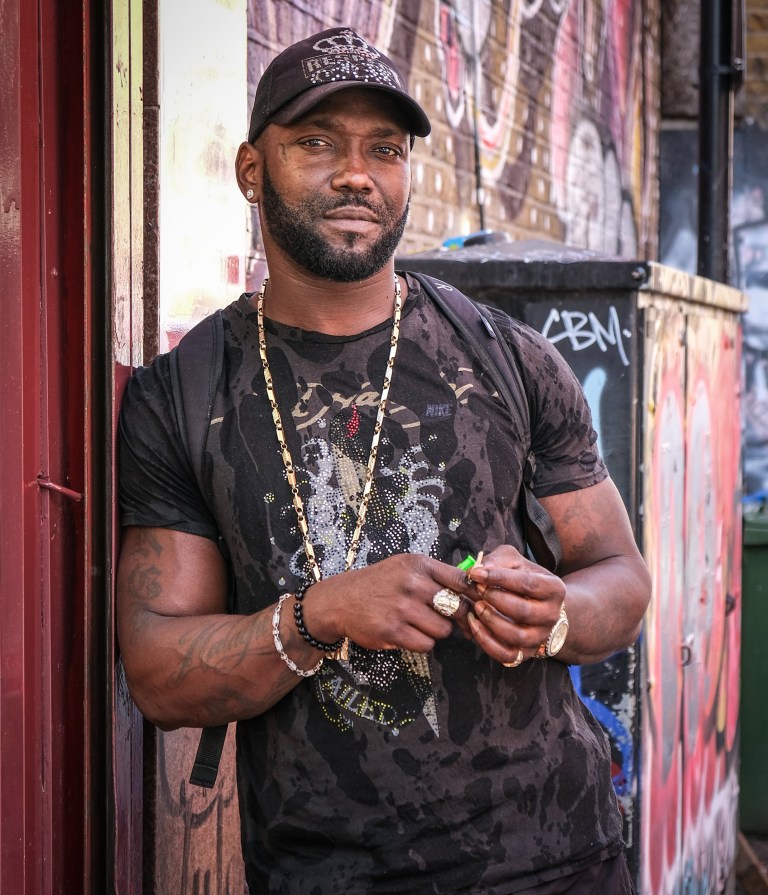 Shenan came across Omar leaning against a wall near the market, watching her taking other photos. When she noticed him watching her she decided to ask him to pose for this shot (Picture: Shenan Chandler) 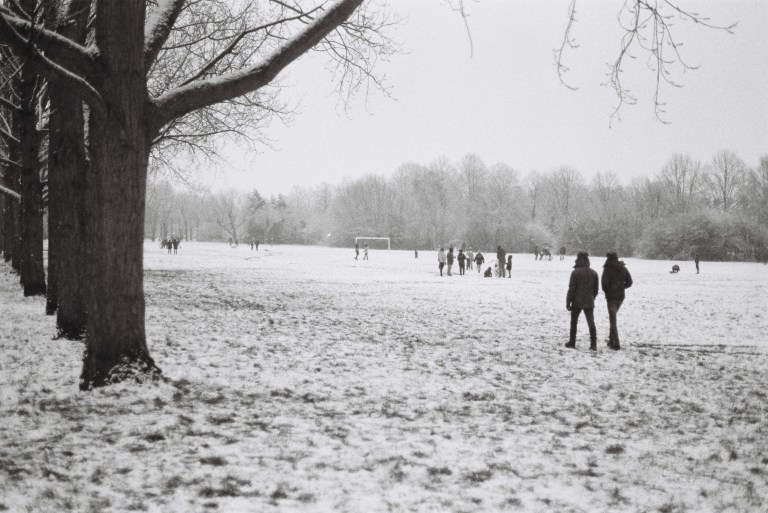 Hugh Gary is an Army veteran and was helped into housing by the West London Mission’s hostel for veterans (Picture: Gareth Sell) 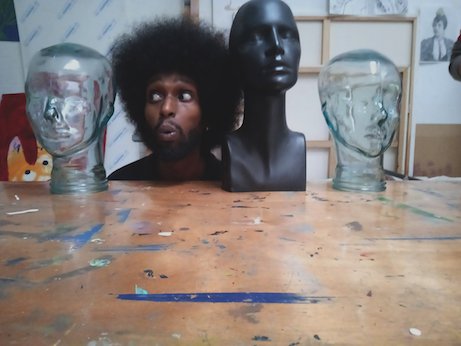 This picture was taken in a photography workshop at the Creative Space in Arlington, Camden Town (Picture: Kenny Murphy) 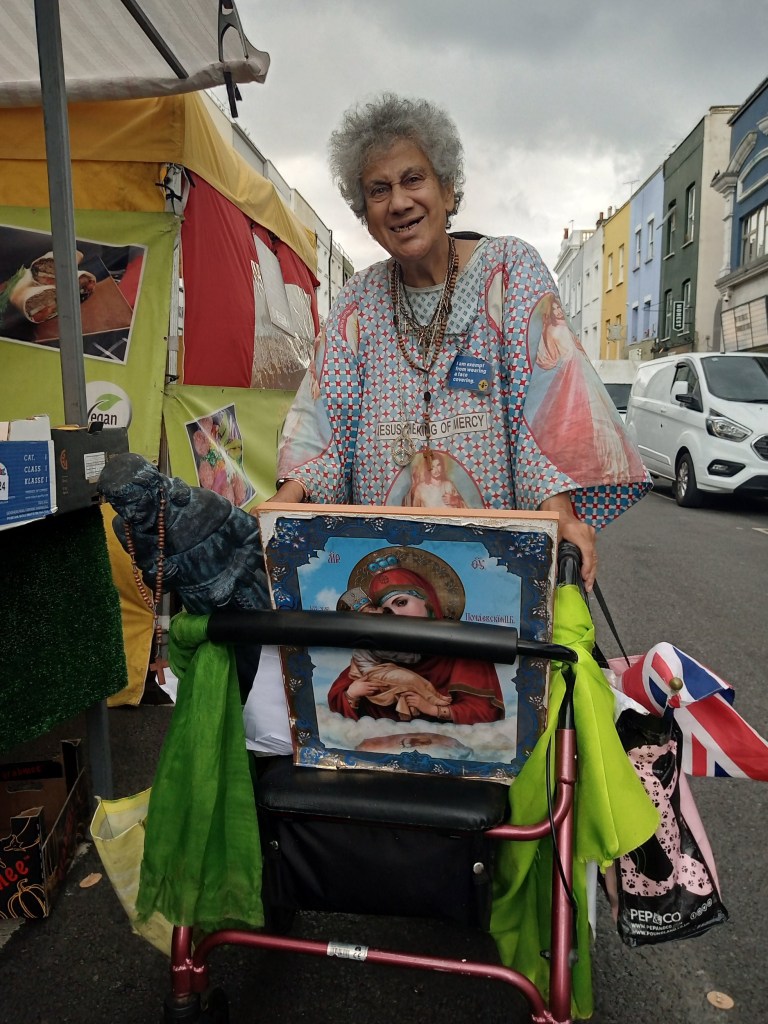 ‘Sister Ruth wanders about, all round West London, pushing her religious iconography with her, so I got to know her over the last couple of years,’ says Michael. ‘She was really up for [having her photo taken]. I actually made a painting of this as well which I gave to her, so she was pleased about that. I’ve known her for a while because she comes past the 240 Project. She always says Hello. She says hello to everybody.’ (Picture: Michael Crosswaite) 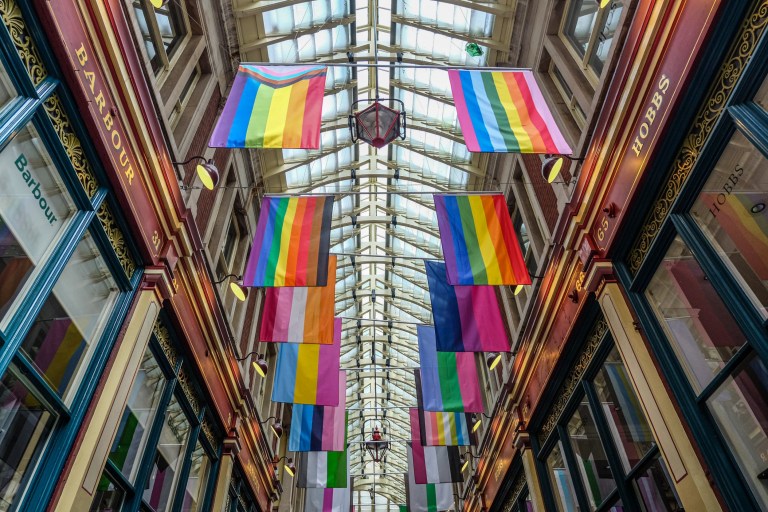 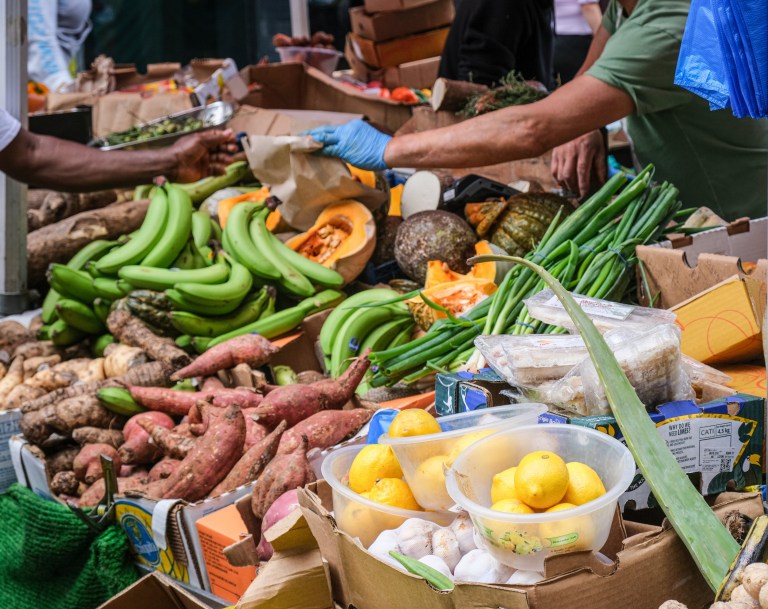 Maurice said: ‘I like taking pictures of people taking part in market activities. I like the way the stalls are, how they have their wares outside. The exchange takes place in a very open way. It’s not behind a screen or behind a cash register. It’s very open it’s a person-to-person exchange and it’s very interesting to watch people still taking part in that sort of exchange that’s been going on for probably a thousand years’ (Picture: Maurice Woolger) 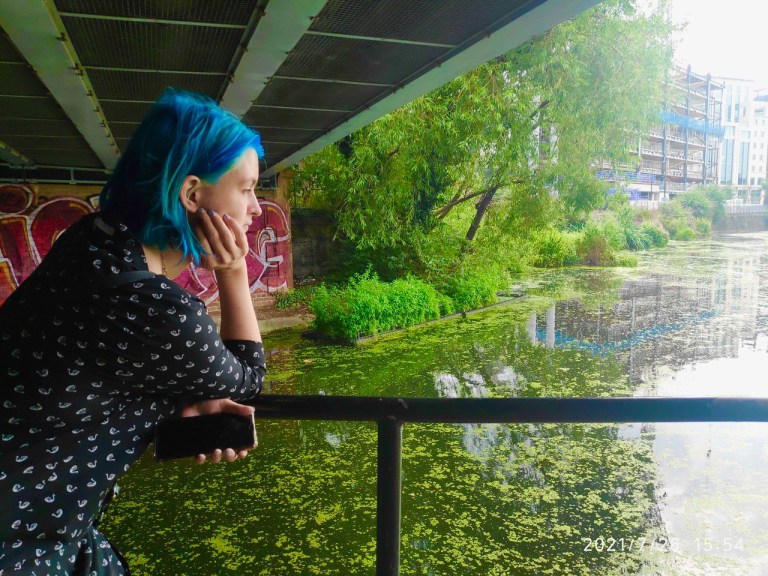 ‘I was thinking how beautiful Regent canal looked on the sunny day when the photo was taken,’ said Samantha. ‘I think the “sense of wonder” does show on print. And I love that a mobile phone appears but is just a prop, I guess the message is: enjoy looking UP at a wonderful panorama , not just DOWN a screen!’ (Picture: Samantha) 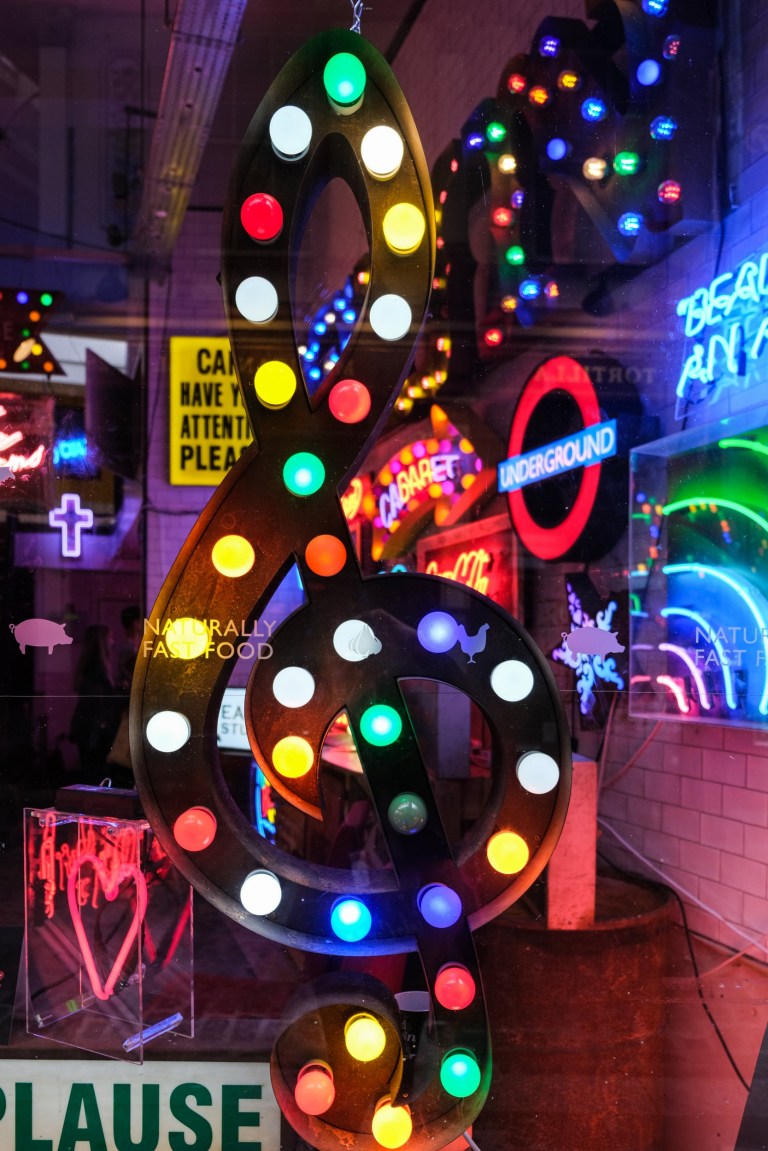 Photographer McGinlay took this shot of an exhibition in Leadenhall Market in the centre of the City of London, while going on one of the bi-weekly photowalks (Picture: McGinlay) 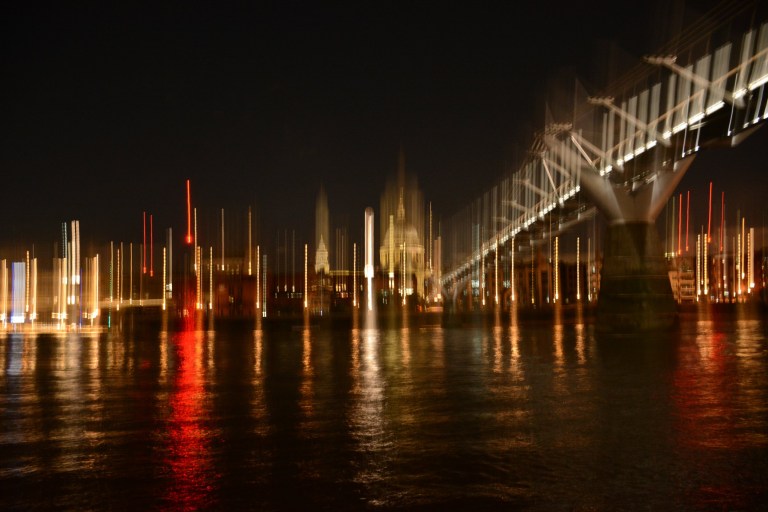 Lui took this shot featuring St Paul’s Cathedral as seen from outside the Tate Modern on the Southbank as a series of night photos of the River Thames (Picture: Lui Saatchi) 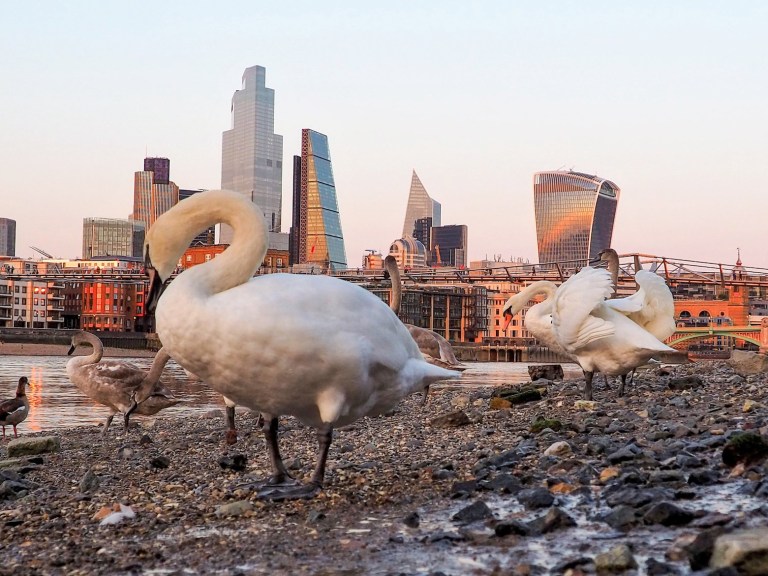 ‘From this angle the swans were looking similar to the buildings,’ says Goska, who crouched down at low tide on the bank of the Thames (Picture: Goska Calik) 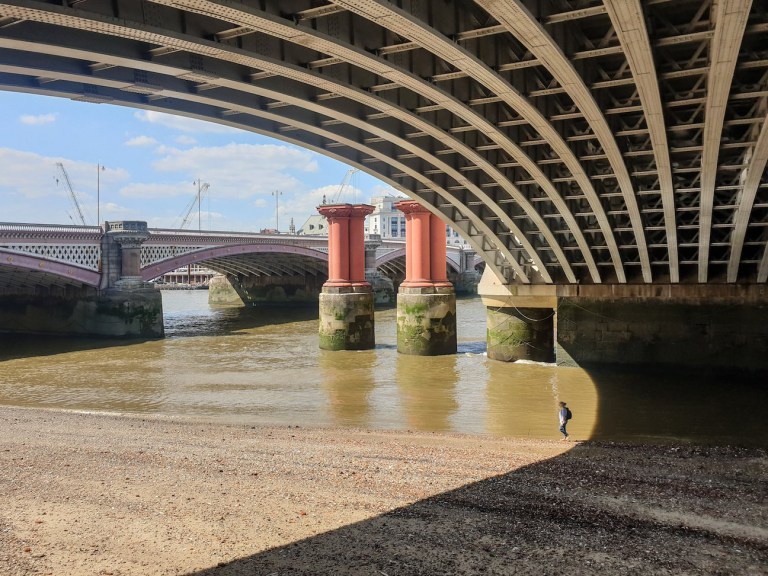 Michelle says: ‘I grew up near a beach, I’m kind of a beach girl, I’m a swimming teacher. My life revolves a lot around water. I was just struck by the shape of [the bridge] – more of the shadows. There is a lot going on: the contrast of the red pillars and the nice blue sky, but more of the lonely walker kind of represents me in London. Sometimes I feel a little bit lonely, and at those points in my life I just go to the water’s edge.’ (Picture: Michelle Allsop) 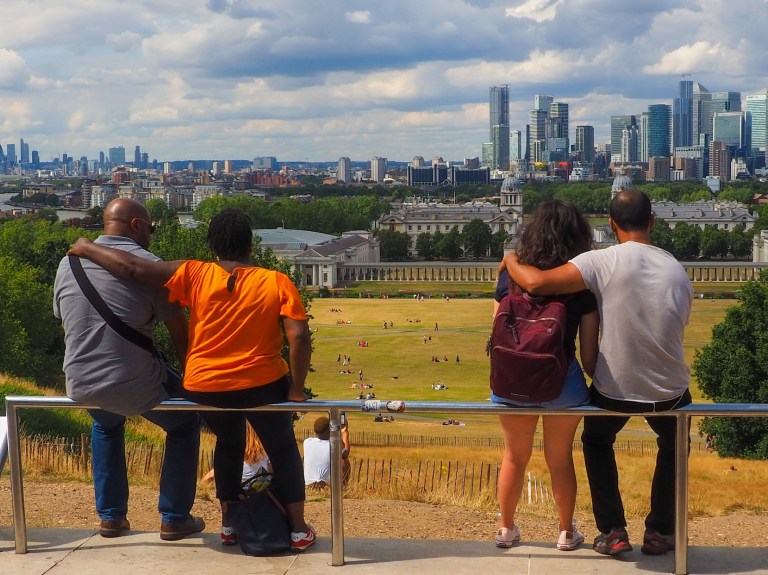 ‘On top of the hill there are views over Canary Wharf. There were two couples hugging’ (Picture: Goska Calik) 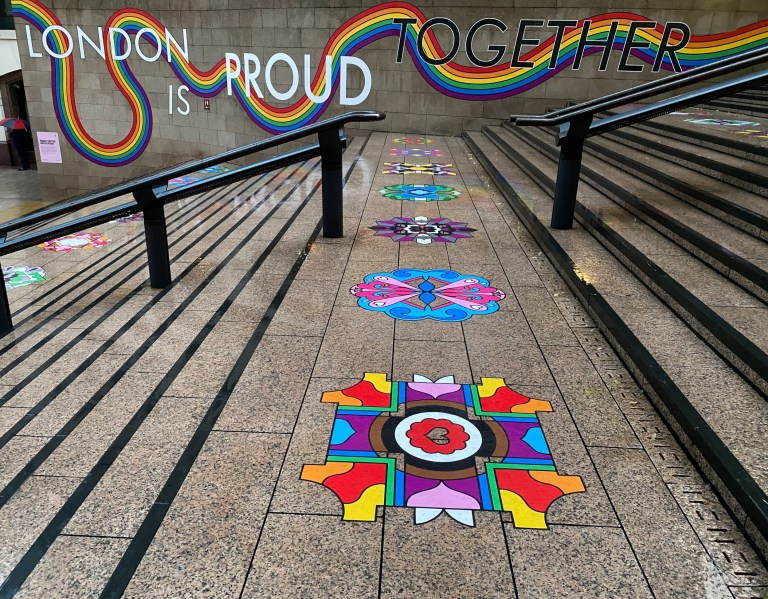 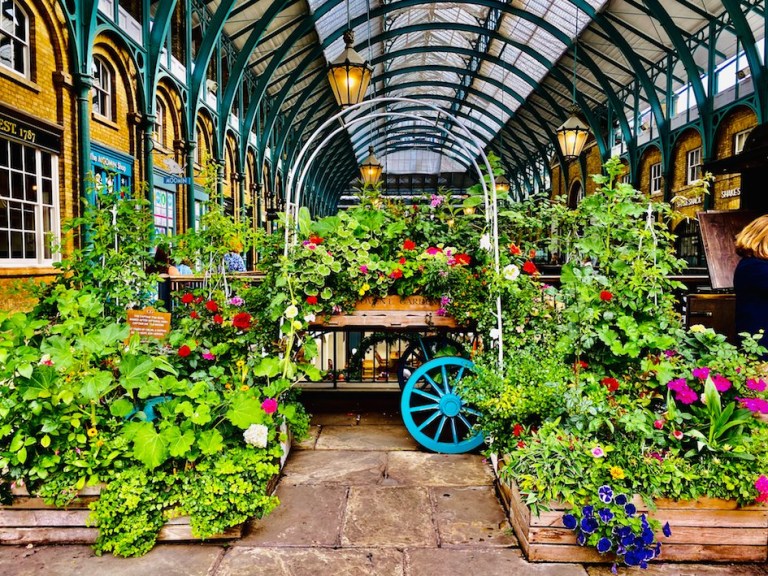 In 2018 Geraldine established the Café Art women’s group, taking women to London art galleries. Last year she mentored people through the Covid-19 lockdown – both in art and in accessing services available to them. (Picture: Geraldine Crimmins) 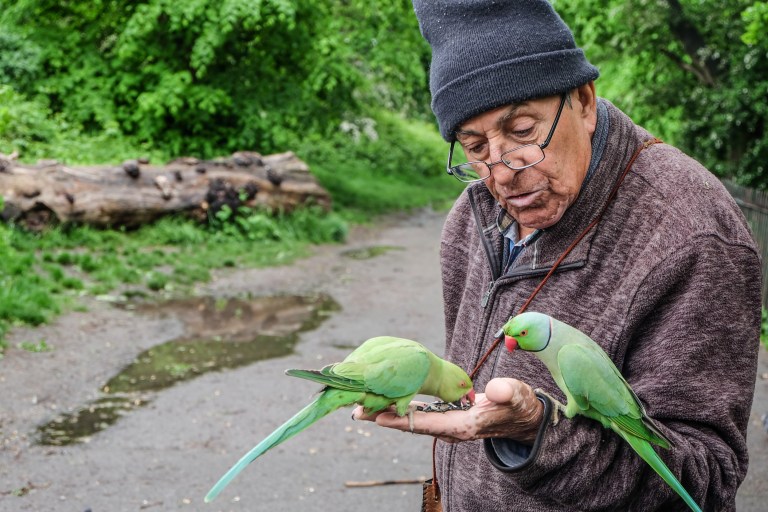 Shenan Chandler took this shot in Kensington Gardens. A regular visitor to the park, the man who is feeding the parakeets was also feeding squirrels who climbed up his legs and took food from his pockets on their own. (Picture: Shenan Chandler) 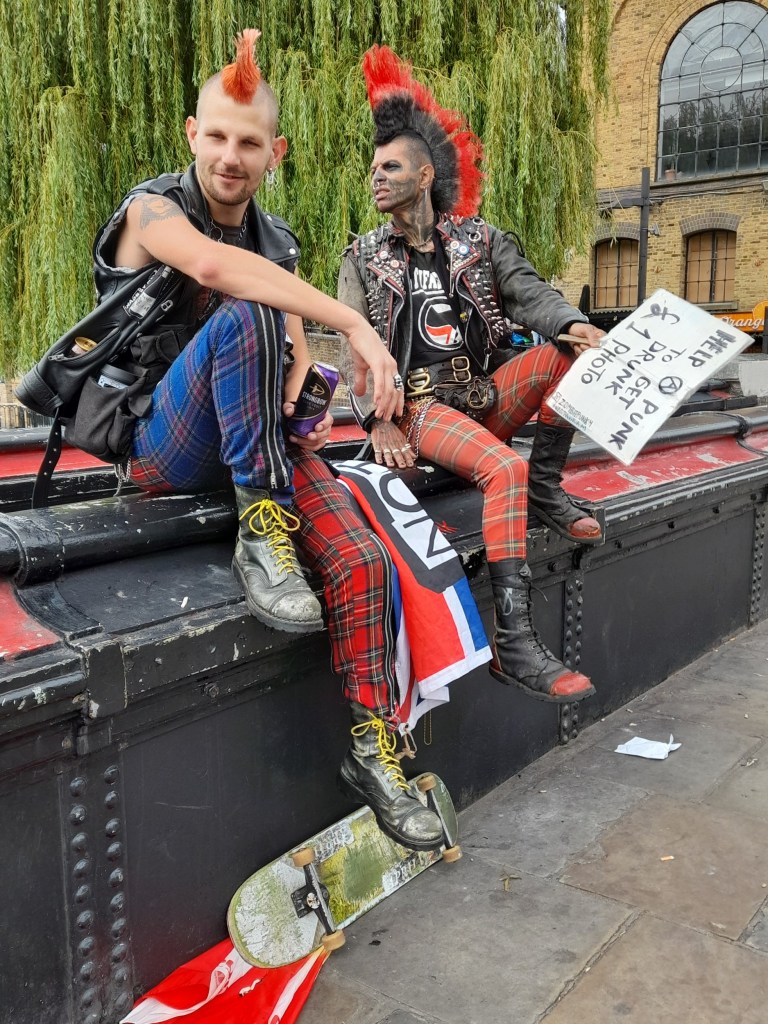 ‘I was shopping at a Vintage Kilo Sale in Camden Town, something I love to do,’ said Michelle. ‘It was a lovely day. I decided to take a lunch break and go for a wander, when I saw the two guys sitting on the bridge over the canal. This is Jack ‘Shreads’ Nicol and Anderson Garcia Rodrigues aka @zobbiepunk4. It was such a perfect MyLondon London British fashion shot.’ (Picture: Michelle Goldberg) 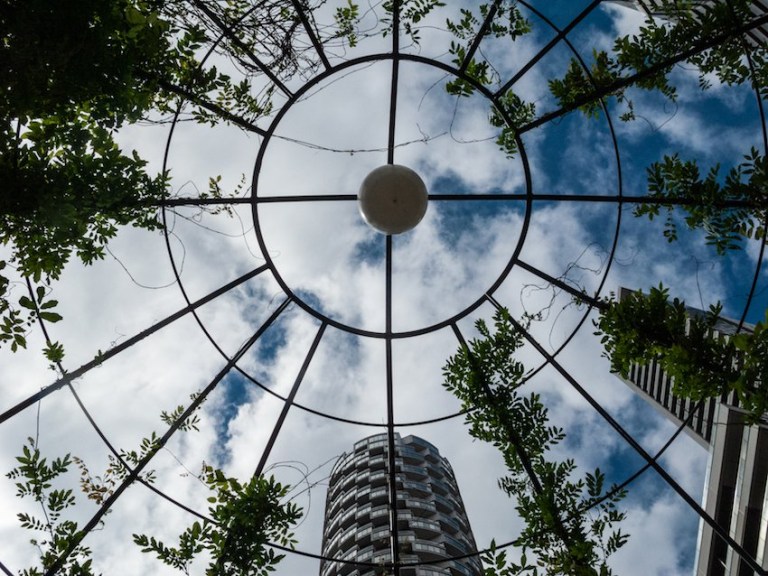 ‘I was a non-verbal autistic child and as an adult, post traumatic stress disorder can also have an impact on communication and speech. I like taking shots of people, nature, movement, reflections and abstract objects.’ (Picture: McGinlay)


MORE : A rotating Christmas bar 443ft up in the air is coming to London

London estate in neighbourhood where homes cost £1.5m leaks so badly residents struggle to use stairs