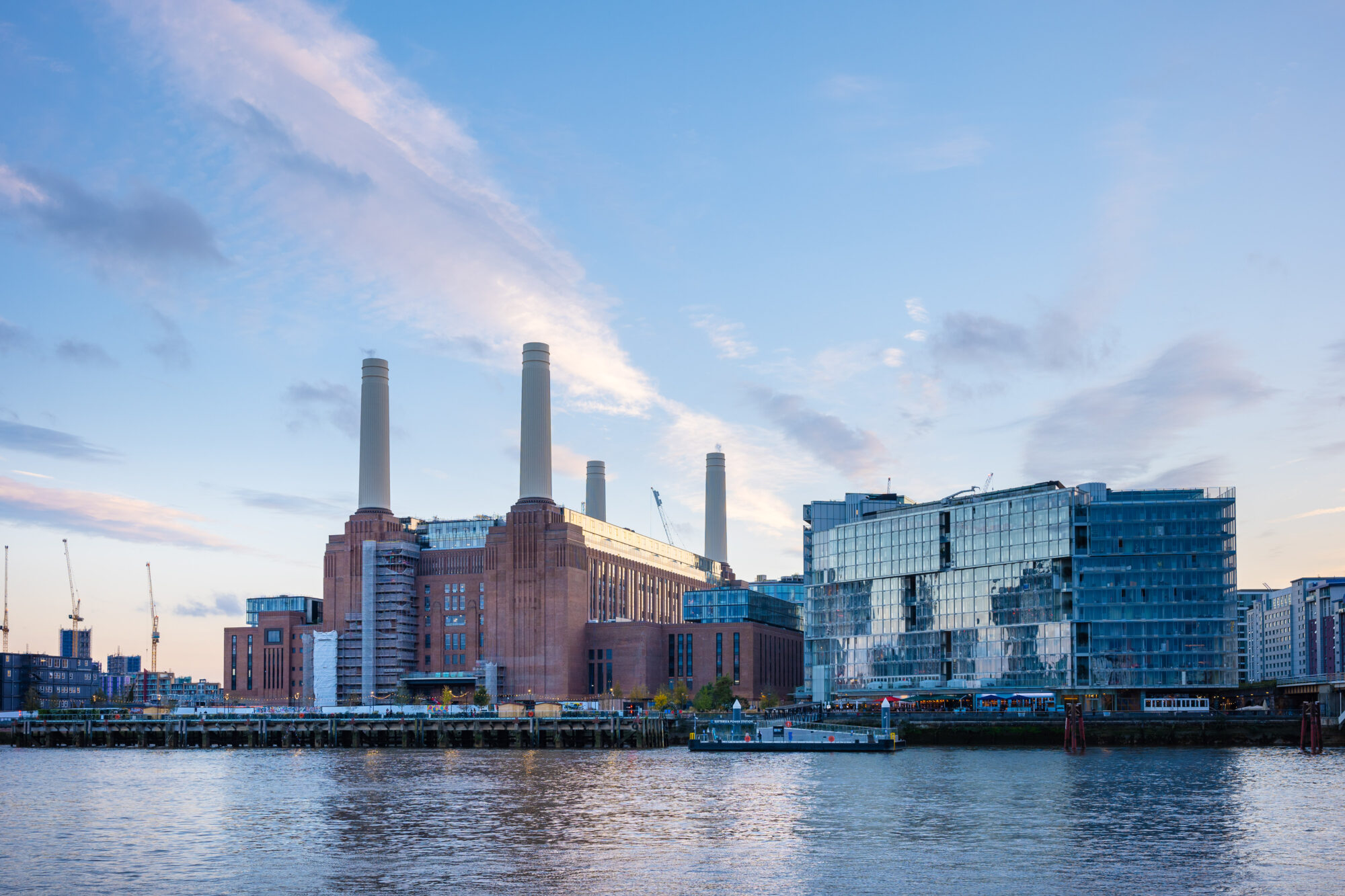 The refurbishment of Battersea Power Station is nearing completion after costing £9 billion.

The project, that will see the creation of new luxury homes, shops, cafés, offices and over 19 acres of public space, should open in summer 2022.

When finished, phase two of eight will house over 100 shops, bars, restaurants, 254 apartments, office space and unique events, including the ‘Chimney Lift Experience’.

The lift will take people up to the top of the North West chimney for 360-degree views of London’s skyline.

There will also be a new six-acre river front park that will open to the public.

A number of British and international retail brands, including Ralph Lauren, Calvin Klein, Mango and Hugo Boss, have also announced they will be opening their doors inside the iconic structure.

Around 82 per cent of the commercial space in Battersea Power Station is now let.

A spokesperson from Battersea Power Station said: “The power station, the second phase of the development, will open to the public next year and will be one of the most exciting retail and leisure destinations in London.”

“The Grade II* listed building, which was removed from Historic England’s Heritage at Risk Register on November 4, 2021 will house over 100 shops, bars and restaurants, 254 apartments, office space as well as unique events and leisure offering, including the Chimney Lift Experience.”

Phase three of the development, Electric Boulevard, will link the development to the new Zone 1 Northern line station which opened in September bringing Battersea within 15 minutes of the City and the West End, as well as boosting the local economy and creating over 17,000 jobs.

Circus West Village, the first chapter in the regeneration of Battersea Power Station, opened in 2017 and is home to more than 1,500 residents and over 20 bars, restaurants, cafés, fitness and leisure offerings, including The Turbine Theatre, Be Military Fit, Gordon Ramsay’s Street Pizza, Black Sheep Coffee and Archlight Cinema.

Progress is also being made on phase three of the development – the full works are expected to be completed by 2030.