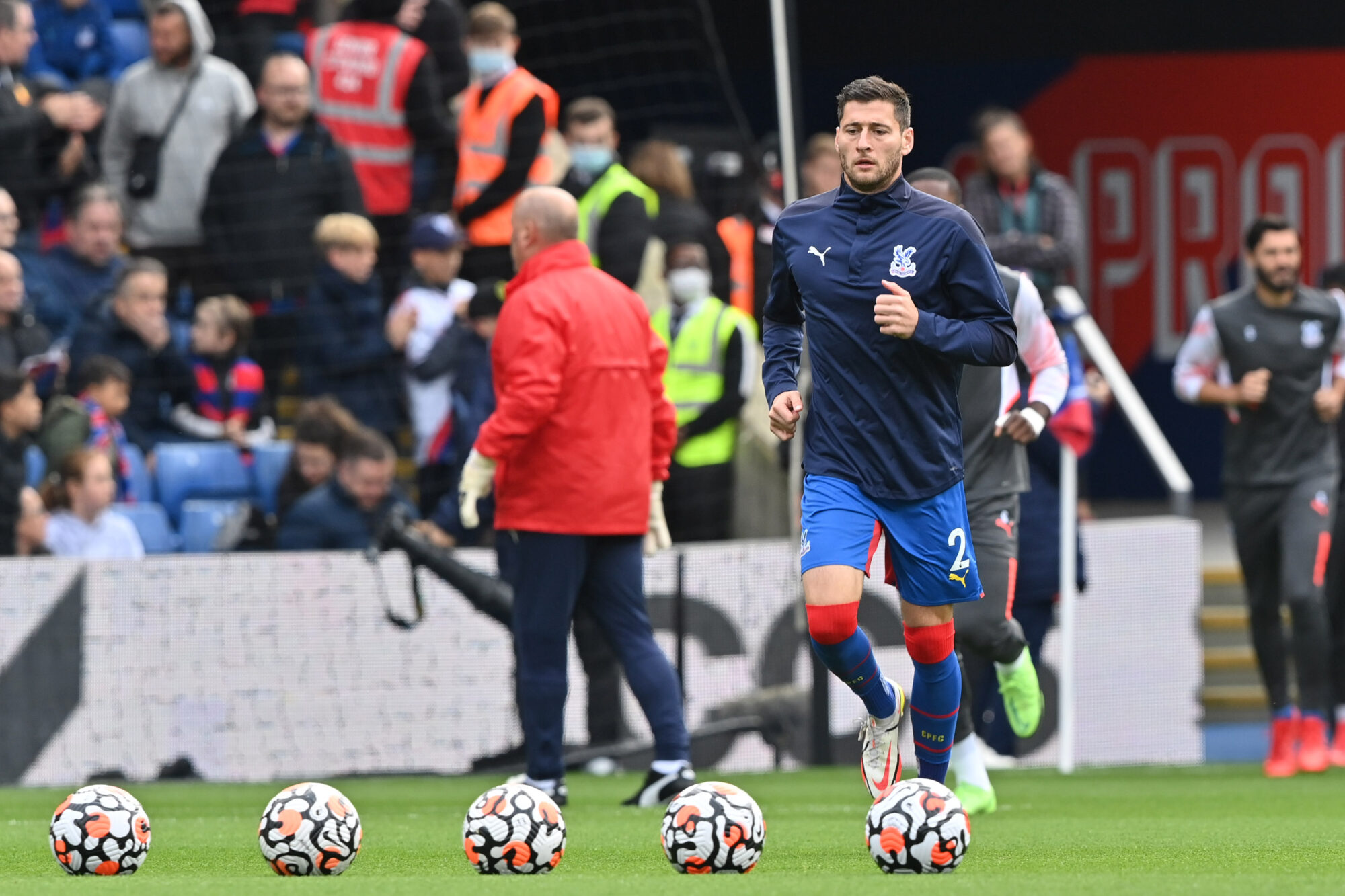 Patrick Vieira has hailed Crystal Palace’s Joel Ward as a “warrior” – and added that he’s not surprised how the 32-year-old has adapted to his style of play.

Ward, with next season marking a decade of service to the South Londoners, signed a new two-year contract extension over the summer that will take his time at Selhurst Park until 2023.

The right-back was rewarded for his performances in October by being named as the club’s Player of the Month, and the defender has remained a stalwart in a side that has become more possession-based.

Ward has played every minute under Vieira and has made the most clearances, 40, of any Eagles player this season.

Vieira said: “Joel is one of the warriors. He is somebody that if you are going into a fight, you will want to take him with you because you know that he will be there. He is open-minded, and it is really a pleasure working with him because of his focus, his work ethic, and he is a lovely man as well. I am not surprised at all that he is doing that well.”

Ward’s counterpart on the left-hand side, Tyrick Mitchell, has also grown in stature as the season has progressed, with the 22-year-old academy graduate making the most tackles, 32, of any player in the Premier League this campaign.

Speaking on Palace’s decision not to sign a replacement for Patrick van Aanholt as competition for Mitchell, Vieira said: “Tyrick is progressing really well, and this is (due to) the faith from the football club.

“All of the football club knew that Tyrick could start, and I believe that we made the right decision because, he is young, he keeps developing, of course he still has a lot of parts of the game that he will need to improve, but so far, he has been really good.

“He is surrounded by players who give him that experience as well. Having Wilfried in front of him, or having James McArthur inside or close to him, will allow him as well to express himself and allow him to make those mistakes that he will learn from.”