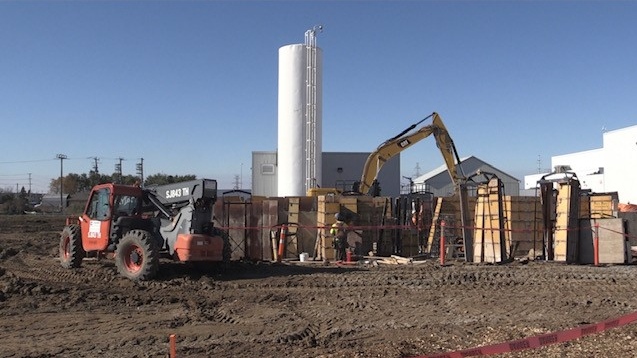 Ontario Premier Doug Ford was among the dignitaries on site as Nestlé Canada broke ground on a $41.3-million expansion of its London, Ont. ice cream plant.

The multi-million dollar expansion will create two new production lines that will produce brands including Hӓagen-Dazs, Real Dairy and Drumstick.

“One hundred percent of Nestle ice cream in Canada is made here locally,” Carmichael explained outside the plant. “We’ve got over 800 employees who work here right now…Their tenacity and ability to get things done have made it a gold standard facility for Nestlé across the globe.”

The expansion is expected to create up to 100 new jobs for the community, where the factory has stood for more than 50 years.

Carmichael added that the pandemic has influenced people’s food choices.

“I hold you guys completely responsible for my extra 60 pounds,” joked the premier. Ford added that economic recovery from the pandemic will rely heavily on Ontario’s labour force.

“We have the smartest, brightest people anywhere,” he told those in attendance for the ground-breaking. “We have the ingenuity to grow Ontario and we have companies flooding in here.”

The company hopes to complete the expansion by 2023.