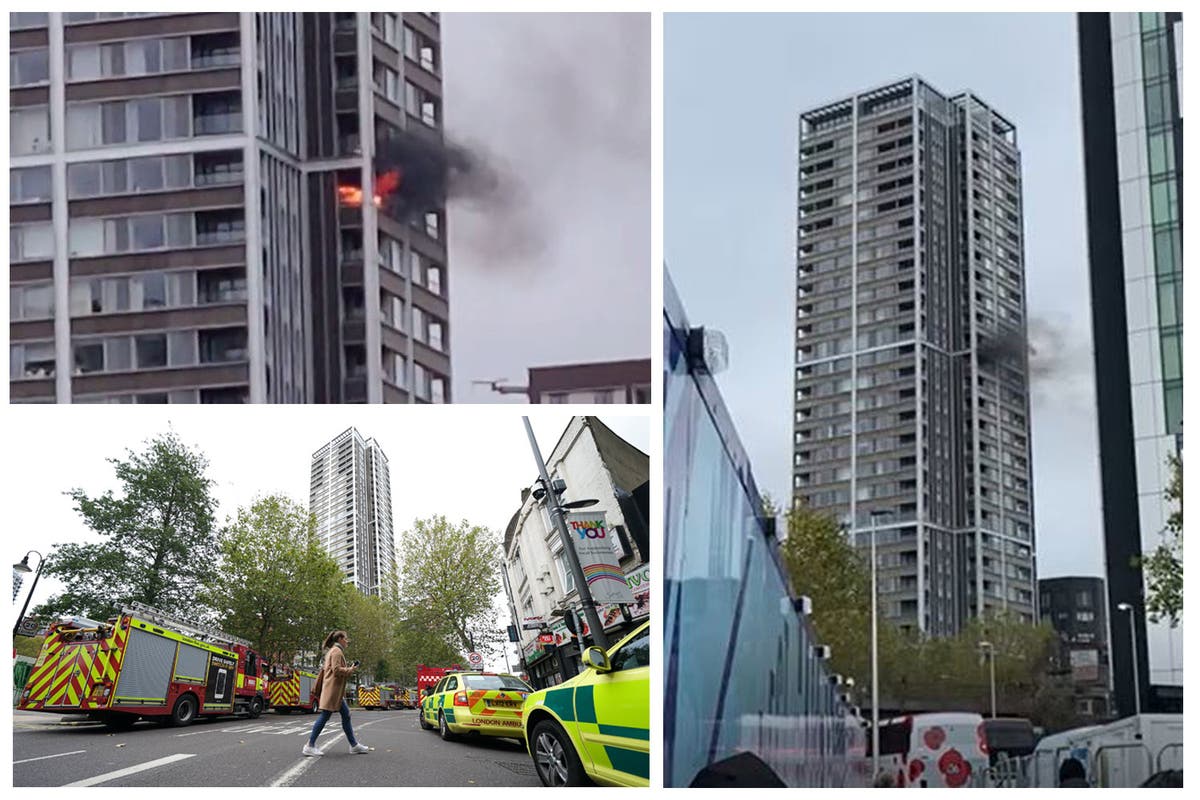 Eight fire engines and 60 crew were sent to tackle the blaze on Deacon Street in south London.

Residents were evacuated across three floors of the building due to intense smoke, according to the London Fire Brigade.

Intense flames were seen billowing from an apartment balcony shortly before 11am and the fire was under control by 12.15.

Station Commander Dave Hill, who was at the scene, said no injuries have been reported.

“Firefighters worked incredibly hard to bring the fire in Elephant and Castle under control,” he added.

“The Brigade’s drone team assisted by providing an aerial view of the incident.

“Road closures are in place and there is heavy congestion. Firefighters are expected to remain on scene this afternoon and we encourage people to avoid the area.”

“Road closures are in place and there is heavy congestion. We encourage people to avoid the area.”

Experts are investigating the cause of the fire while Londoners shared their concerns on Twitter.

“Yikes. Avoid Elephant and Castle. Flat fire so no access to roads around the Walworth Road,” one person said.

Another commented: “Elephant and castle in disarray. New build on fire, LFB Southwark attending. Hoping everyone is okay.”

Fire crews from Lambeth, Dockhead, Dowgate, Brixton and surrounding fire stations were sent to the scene.