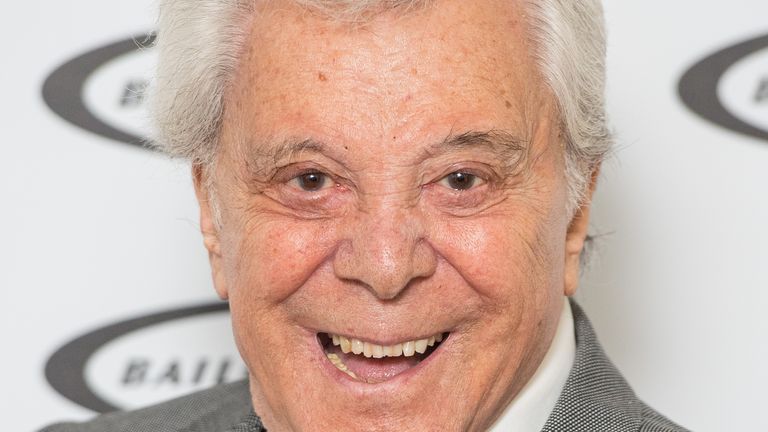 Lionel Blair has died at the age of 92, his agent has said.

Blair, who moved to the UK from Canada at the age of two, was best known as a team captain on the TV game show Give Us A Clue.

Image:
Lionel Blair’s death was confirmed by his agent

More recently, he appeared on reality TV shows such as Celebrity Big Brother and The Real Marigold Hotel.

He was remembered by Julian Clary as “a real showbiz trooper if ever there was”.

Broadcaster Danny Baker tweeted: “A true chum, an entertainer beyond compare, an archive of a golden era, an immeasurable talent. Impossible to think he won’t be in some green room somewhere, dropping names and living out fantastic tales. A giant. Really.”

Blair grew up in Stamford Hill, north London, and was evacuated to Oxford during the war with his sister Joyce and his mother Deborah. A short time later, they returned to London – Blair’s father, Myer, called them back after they witnessed a German plane crash.

Blair said his father had told him: “If that can happen there, what’s the point of being in the country away from each other?”

As a child, Blair watched stars such as Fred Astaire, Ginger Rogers, and Shirley Temple at the cinema before going home and copying them. 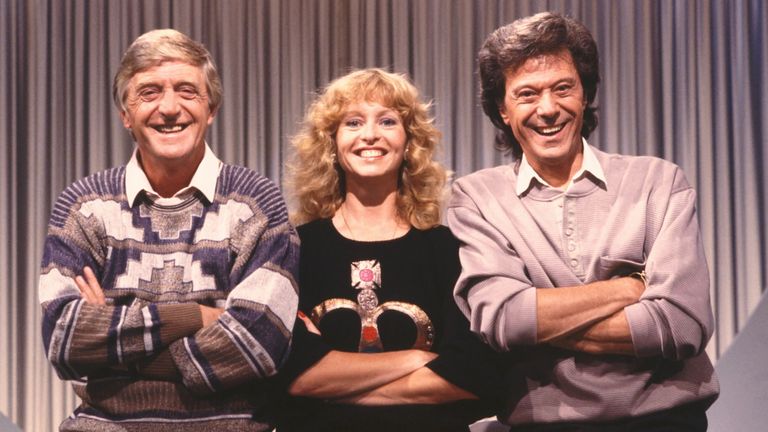 On the West End, he played the child catcher in Chitty Chitty Bang Bang at the London Palladium, also working on TV shows featuring Ella Fitzgerald and Liza Minnelli, and a Royal Variety performance with Sammy Davis Jr.

But it was Blair’s role on Give Us A Clue for which he is best known, with the programme running on ITV from 1979 to 1992 and being shown as far away as New Zealand.

He married wife Susan in March 1967 and the couple had three children and three grandchildren.