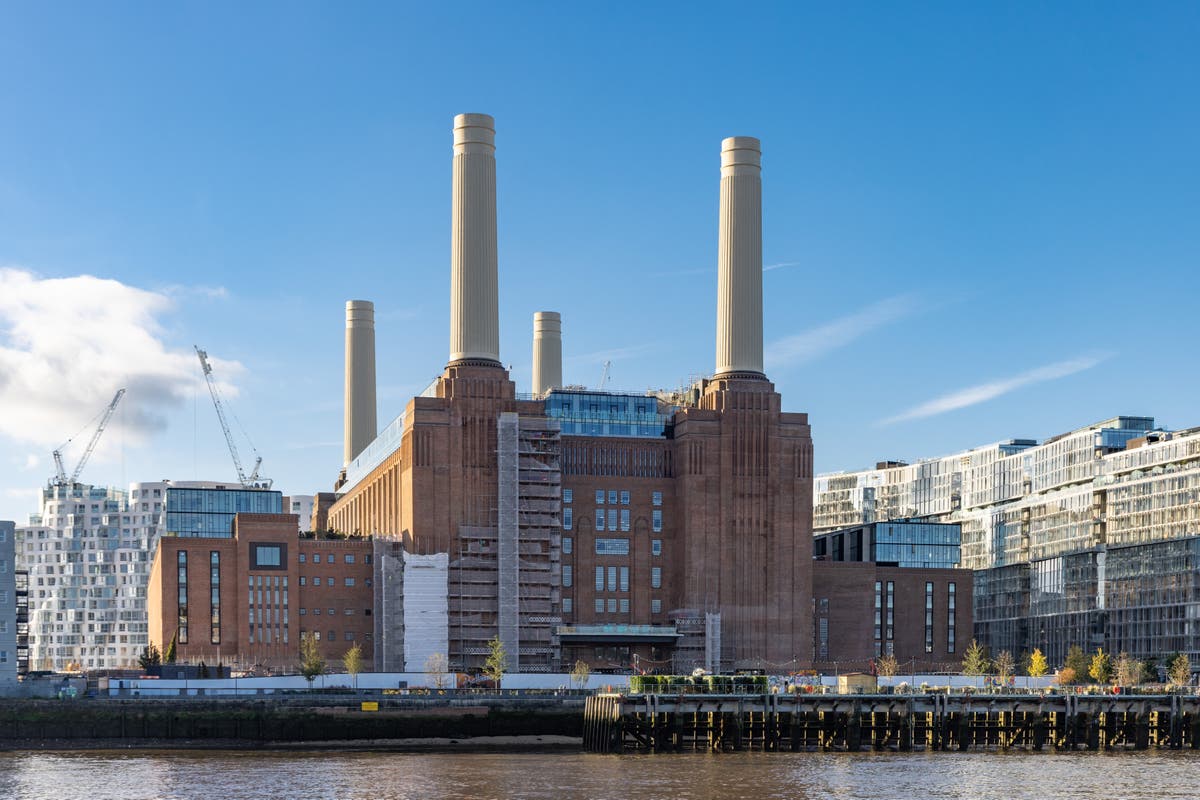 he once-derelict Battersea Power Station, that stood empty on the banks of the Thames for nearly 40 years, has been removed from the Heritage At Risk Register.

The Art Deco building is one of 133 landmarks that have been rescued and taken off the 2021 Historic England list of decaying structures in danger of collapse, which was revealed on Thursday 4 November.

Built between 1929 and 1955 in south west London, the coal-fired power station was decommissioned with the death of traditional industries in 1975 and added to the Heritage At Risk Register in 2008 by the national organisation that protects the interests of historic buildings and landscapes.

Various developers bought the 42-acre site and failed to achieve planning permission to convert it into a residential complex, until a consortium of Malaysian investors purchased the wreck out of administration in 2012 for £400m.

Construction to convert one of the largest brick buildings in the world into a mini town centre began in earnest in 2014 with architects WilkinsonEyre behind the plans that honoured the original building that is so prominent on London’s skyline.

The turbine halls, four chimneys and even the Peregrine Falcons who live in the top of the structure have all been rescued.

“This is particularly exciting news because of the scale of the building. Even repointing the brickwork is an enormous task. The series of failed developers makes this achievement even more notable, and I suppose we should thank the Malaysian pension fund for getting us out of trouble and stopping this landmark falling into rack and ruin,” says Peter Murray, chair of New London Architecture.

“The rescue and restoration of Battersea Power Station is a big message to all to look at a building and work out what can be done to reuse it before knocking it down,” he adds.

More than 25,000 wheelbarrows full of cement have been poured by hand and the original paint colours carefully matched and applied – each chimney required 375 litres of paint.

1.75 million bricks were made in Shropshire and Gloucestershire as copies of those of the 1950s.

Just over 80 years after it was launched the first time, and although some residents moved in earlier this year, the doors of Battersea Power Station will be opened officially next year.

Once fully completed it will house 254 apartments, 100 shops and bars and 1.25 million sq ft of office space.

This includes the new Apple campus and despite the Covid-19 pandemic a spokesperson for the Battersea Power Station Development Corporation confirmed that “the keys had been handed over to the tech giant.”

Newly signed-up retailers with shops in the building include Ray-Ban, Ralph Lauren, Tommy Hilfiger, The Kooples and Calvin Klein.

Part of the redevelopment plans also include a six-acre riverfront park, accessible to the public, and glass lift that can take 30 people up 109m to a viewing platform at the top of the north west chimney.

In September the Northern Line extension opened, with two new stops that run from Kennington through the new Nine Elms development zone – which is still under construction – to Battersea Power Station.