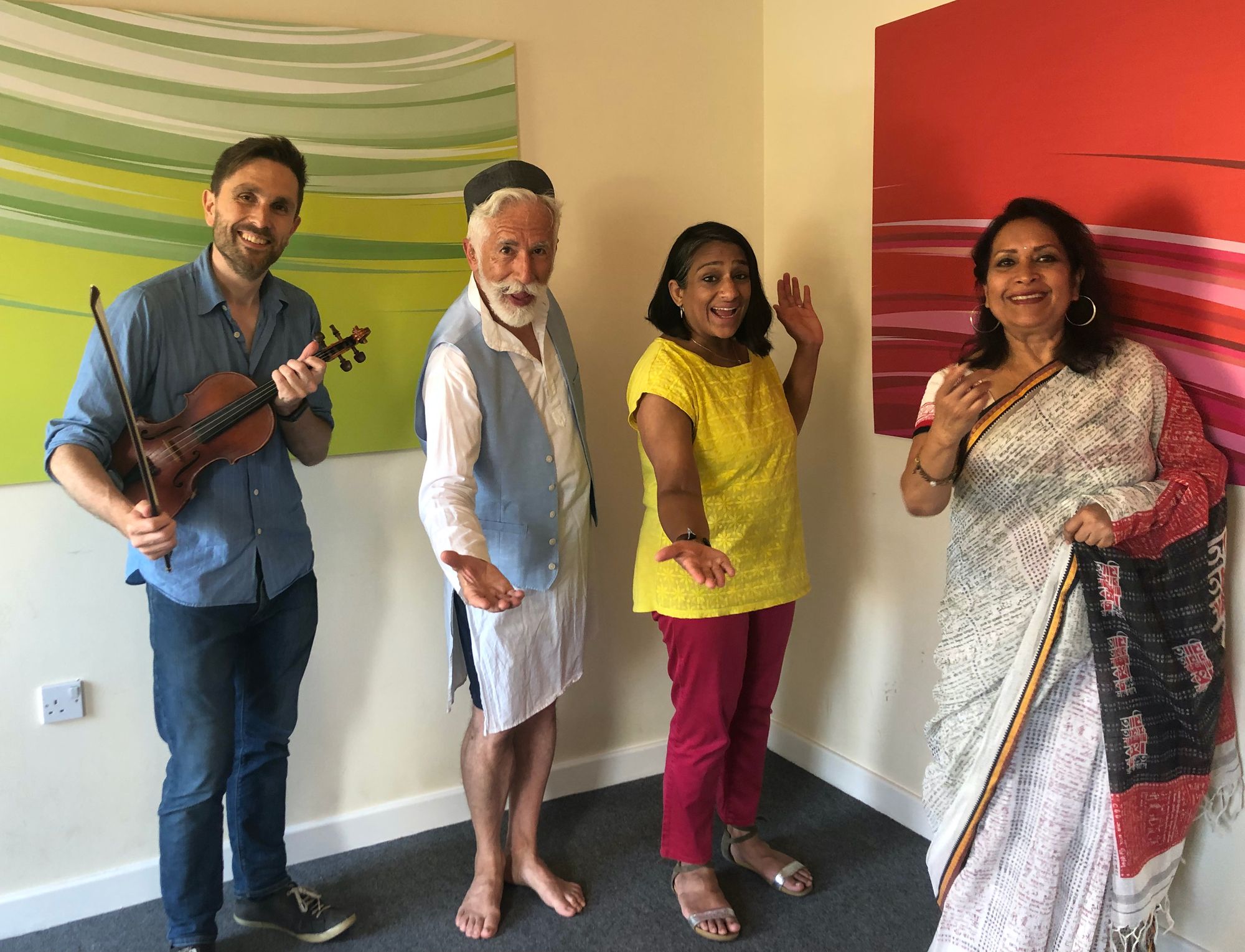 A community project has amplified the voices of East London residents with the help of professional storytellers Daedalus Theatre Company.

Produced by Rua Arts, members of the community were able to share a traditional tale from their own cultural heritage or a story from their own lived experience.

A host of guest artists were also invited to record stories. There are stories of migration to East London and folk tales that have travelled the world.

There are stories of the struggles people have gone through in East London, such as that of the matchgirls strike in Bow in the C19th, and stories of immigration, family and what people went through before migration, such as how the people of Bangladesh fought to speak their mother tongue.

Daedalus Theatre Company based in Tower Hamlets, London is an LGBTQ-led charity, which aims to give people from all walks of life the space and support to develop their creativity and self-expression.

Artistic Director, Paul Burgess, said: “East has always been about bringing people together across cultural divides.

“Isolation was a problem for many people even before the pandemic, but has been made much worse by lockdown.

“Cultural divides have also been exacerbated, as can be seen in increased racism against people from East Asia. Sharing stories and songs is an age-old remedy for such problems.

“They bring us together through shared enjoyment, they help us articulate our feelings and experiences, they help us understand each other – especially when we learn to retell stories from other cultures – and they remind us of our similarities.

“This is especially underlined by the incredible way stories travel, with some narratives popping up in localised variants all around the world.

Want to stay up-to-date with the InYourArea Book Club?

He continued: “East Voices jumps straight into this challenge, connecting people from a wider range of communities than we’ve ever done before, including the wonderful CRV (Community of Refugees from Vietnam) East London, and working with British Sign Language for the first time, not so much as tool for access but as a rich language for storytelling in its own right.”

East Voices builds on an established project and community called East, which invited people resident in, or linked to, Tower Hamlets to share some of the stories brought together by the East End’s rich, diverse history of immigration.

All the recordings are now available as part of East Voices Digital Series on the East Archive: https://eastarchive.com.