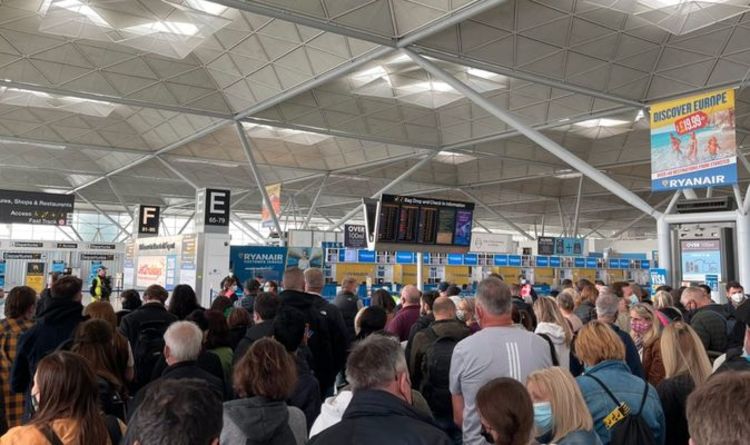 Crowds of passengers have been asked to “vacate the terminal” at around 2pm this afternoon, sparking confusion and panic.

An eyewitness told Express.co.uk “Everyone has been ordered out of the terminal.”

“People asked to leave the stores leaving the shopping carts behind, and being closed in a hurry.”

A Stansted Airport spokesperson said the evacuation was due to a suspicious package in the terminal building.

They said: “Following reports of a suspicious package in the area, a partial evacuation of the terminal is taking place.

“Essex Police are managing the response and will provide an update on the situation soon.”