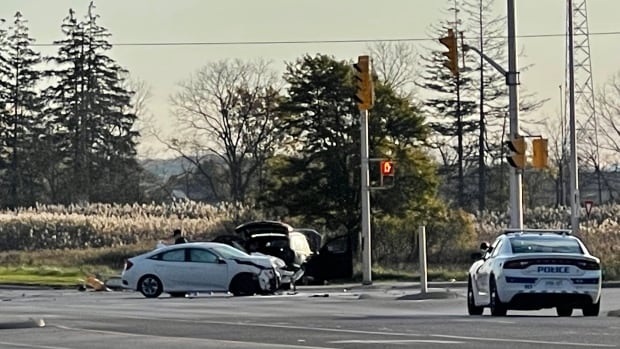 A three vehicle crash that sent one person to hospital with critical injuries closed roads in London’s southwest Tuesday morning.

Police and other emergency crews said they responded to the collision near Exeter and Wonderland roads at approximately 7:45 a.m.

One male driver had to be extricated from the his vehicle and transported to hospital in life-threatening condition, police said.

The condition of the others involved is not yet known.

Police blocked off the following roads to conduct their investigation:

Drivers are asked to avoid the area.

Who is Lola Young, the musical star of the 2021 John Lewis Christmas ad?

Tributes to South London man, 26, who died after car hit fallen tree during storm on Halloween