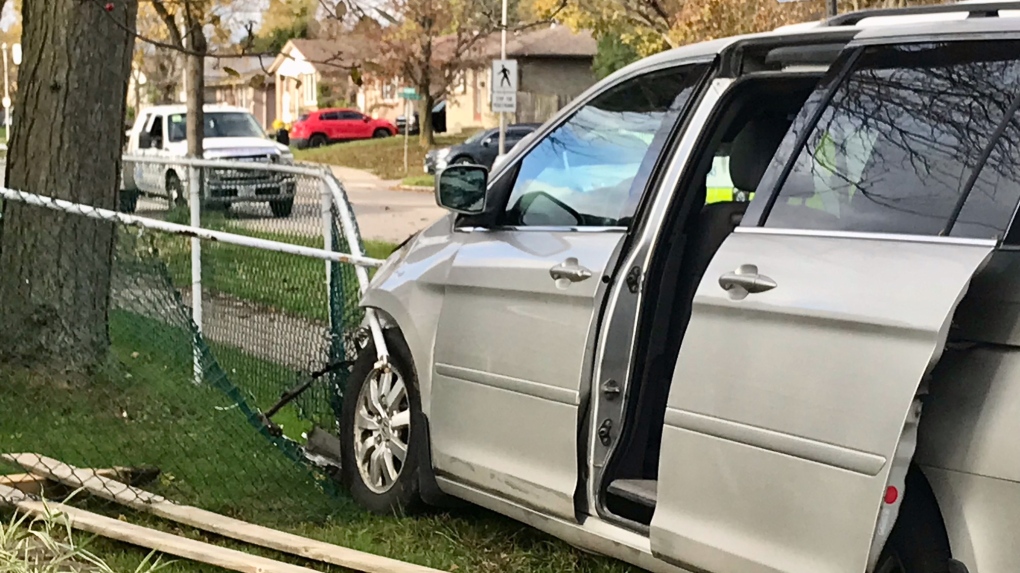 At least one person has been hurt after a two-vehicle crash in London’s southeast end.

The crash sent a minivan careening into a pair of fences.

The incident occurred shortly before 3 pm at the intersection of Millbank Drive and Ashbury Avenue.

A woman, who’s home narrowly missed being hit, tells CTV News she was sitting in her front room when she heard a ‘huge bang.’

At least one person sustained what police believe to be minor injuries following a crash at the intersections of Millbank Drive and Ashbury Avenue in London, Ont. on Sunday, Oct. 31, 2021. (Sean Irvine/CTV London)

She looked out her window and saw the minivan wedged up against her side yard fences.

She then spotted the SUV in the intersection.

A fire official said injuries are believed to be minor.

The minivan’s airbags were deployed during the crash.