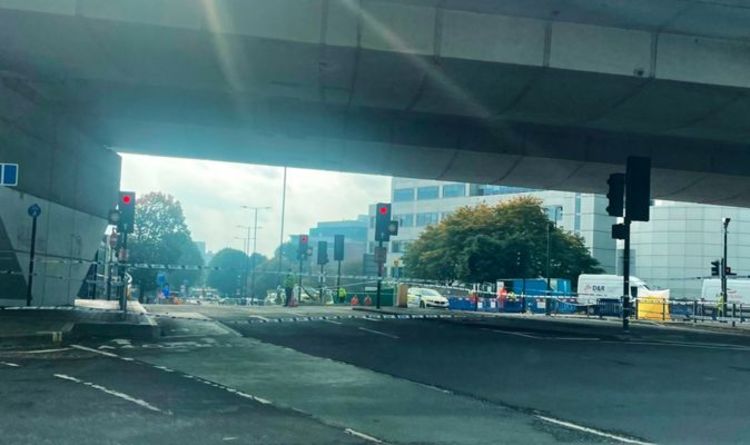 The Metropolitan Police said they were called to Wood Lane near the junction with the Westway (A40) shortly before 10am after receiving reports of a person in the carriageway. Officers along with the London Ambulance Service rushed to the scene and found a woman, who was pronounced dead at the scene. They added early enquiries suggest the woman’s injuries were caused as a result of a road traffic collision.

No vehicles stopped at the scene and an investigation has now been opened.

The Met said in a statement: “Police were called to Wood Lane near to the junction with the Westway (A40) at 09:56hrs on Tuesday, 19 October following reports of a person in the carriageway.

“Officers attended with London Ambulance Service paramedics and found a woman, believed to be aged 23, who was pronounced dead at the scene.

“Initial enquiries suggest her injuries were caused as a result of a road traffic collision. No vehicles stopped at the scene and an investigation is under way.

“Local road closures are in place, including the Westway westbound, and motorists are encouraged to avoid the area.

“Anyone who witnessed a collision should call 101, giving the reference 2081/19OCT.

“Drivers who were in the area at the time are encouraged to check any dash-cam footage they may have.”

A London Ambulance Service spokesperson said: “We were called at 9.54am this morning (19 October) to reports of a road traffic collision in Wood Lane by the A40, west London.

The Jambuster traffic service wrote on its website: “[A219] Wood Lane (Both Directions) at the junction of South Africa Road and southbound at DuCane Road.

“Road closed due to an emergency services incident.

“Traffic is slow southbound on approach.

“Traffic is also being diverted off the A40 eastbound, around the Northern Roundabout and back on the A40, which has caused long tailbacks to the Paddington Slip.