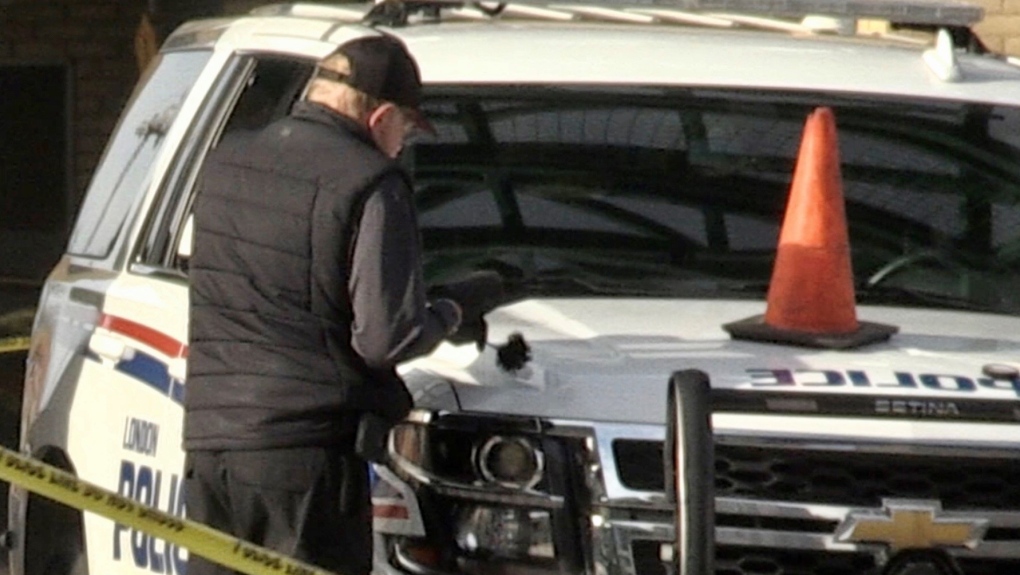 Ontario’s Special Investigations Unit (SIU) is looking into an incident in which a man was fatally shot by a police officer in London, Ont.

The incident reportedly happened around 3:45 a.m. Thursday when police were called for a break and enter at St. George and Mill streets, just west of Richmond Row.

According to the SIU, a suspect was spotted in an alley on Richmond Street.

London police say two officers were involved in the interaction that followed, during which a police firearm was discharged.

The 29-year-old Lambton County man was taken to hospital with life-threatening injuries and was pronounced deceased shortly before 4:30 a.m. A post mortem is scheduled for Friday.

One officer was also injured and taken to hospital for treatment but has since been released.

A woman who lives at 66 St. George St., but did not want to be identified, tells CTV News London, “The cops knocked on my door at 4 a.m. — they thought someone was trying to break into the house after they saw a ladder and break-in tools.”

The house on St. George is about a block away from where the fatal shooting happened, but the woman remains disturbed about the incident.

Anyone with information on the incident or who may have video evidence is urged to contact the SIU at 1-800-787-8529 or upload the video here.

“Critical incidents such as this impact individuals, and the community, in a multitude of ways. We are actively supporting our members with a variety of resources.”

He added, “On behalf of the women and men of the London Police Service, I wish to extend my sympathies to the loved ones of the deceased. We ask for your patience as the investigation unfolds.”