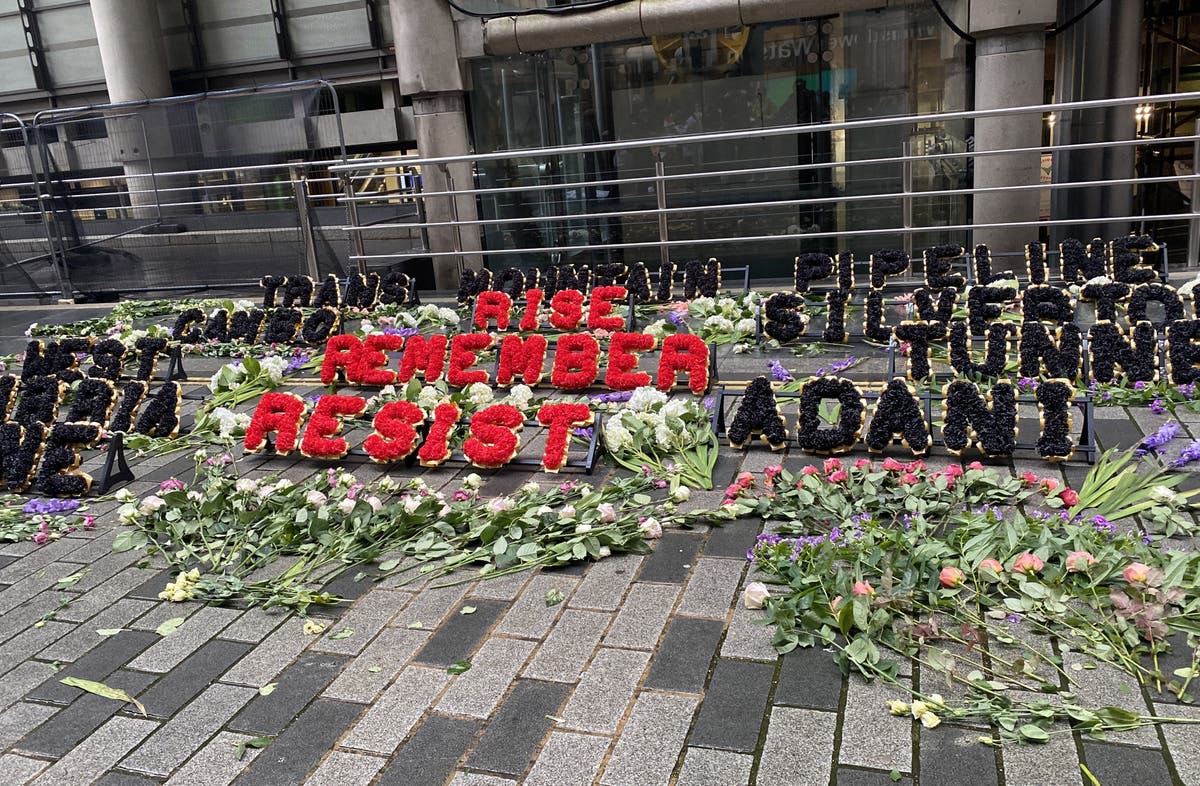 rotesters have taken to London’s streets to lobby against the funding of fossil fuels.

Activists chanted “Ensure our future, not pollution” as they made their way from Lloyd’s of London to Macquarie Capital.

They want the banks stop their support of fossil fuels and the building and maintenance of the Silvertown Tunnel under the Thames in east London.

The Day of Action is expected to be addressed by teenage activist Greta Thunberg outside Standard Chartered on Friday afternoon.

She is one of thousands of activists attending protests across 26 countries.

Others include Greenwich teacher Kevin Wright, who spoke about the Silvertown Tunnel, saying: “We cannot afford it environmentally or financially. There are no grounds that makes it good.

“It will draw large traffic into the most densely populated parts of the UK.

“All I see I self-interest in this tunnel, all I see is harm, but to some it’s big money and to (London mayor Sadiq) Khan it probably is his pension.”

As the activists made their way through London’s streets, they were escorted by City of London Police officers.

A band played Power To The People as the march made its way from Lime Street to Ropemaker Street.

Five women dressed as banshees and holding cymbals were outside Macquarie Capital, wailing and lying on the ground clutching white roses.

Around 70 campaigners were in at the morning’s protests, with numbers growing at each site.

The protests come days before world leaders meet in Glasgow on Monday for the Cop26 summit, where they will discuss how to tackle climate change.

In 2015, countries signed the Paris agreement to limit the rise in global temperatures to 1.5C and reach net-zero emissions by 2050.

The International Energy Agency says there can be no further exploration of oil and gas after this year.

‘Our most common call is shootings or stabbings’: A night with London’s Air Ambulance | UK News