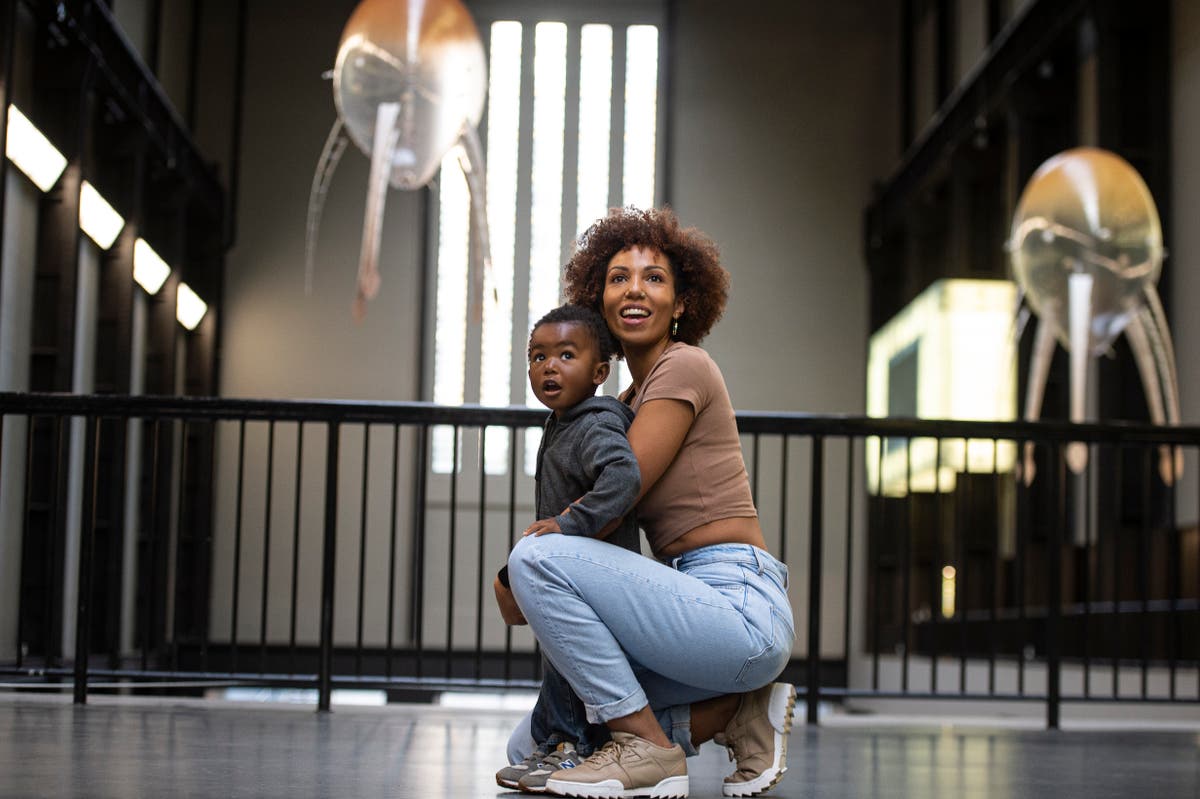 fleet of floating jellyfish-like machines will fill the air in Tate Modern’s Turbine Hall in its latest landmark commission.

Around 18 battery powered “aerobes” will hover above visitors’ heads and in some cases swoop down for a closer look as they follow a seemingly random flight path in reaction to sights, sounds and smells inside the gallery.

Some of them possess semi-transparent bodies and patterned tentacles while others are more bulbous and covered with hair. They are all filled with helium, propelled by rotors, powered by battery pack and are the creation of Korean-born artist Anicka Yi.

Achim Borchardt-Hume, director of exhibitions and programmes at Tate, said: “I think you will experience the Turbine Hall turned into the habitat of a strange group of machine beings, some of which look not dissimilar to jellyfish, some look rather more like micro entities.

Anicka Yi’s creation is open to the public from Tuesday

They can go right to the top of the Turbine Hall pretty much and they come within about three or four metres above so they are well out of reach but they are close enough for you to feel they have a particular interest should they approach you.

It’s almost like a peaceful coexistance between us and them and you have a sense that they are reactive and they are interested but you can’t predict them.”

Yi, who is based in New York but travelled to London to oversee the installation, regularly uses different scents in her work and the Turbine Hall will include smells inspired by the area around Bankside, including spices thought to counter the spread of the Black Death in the 14th century and the smell of coal and oil from the building’s past as a power station.

It is the latest in a series Turbine Hall commissions including Olafur Eliasson’s Weather Project which filled the building with a fake sun, a series of slides built by Carsten Holler and Ai Weiwei’s 100 million porcelain sunflower seeds.

The Hyundai Commission Anicka Yi: In Love With The World opens on Tuesday and runs to January 16

ITV I’m A Celebrity: Richard Madeley suggests he may not claim his £200k salary