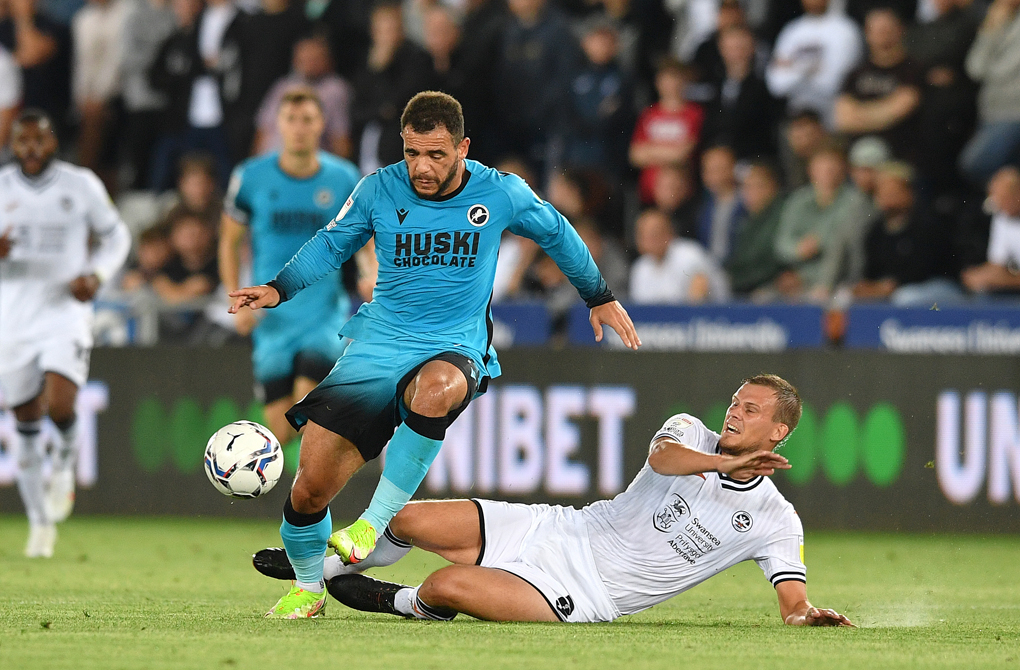 Mason Bennett could come back into the Millwall squad for this weekend’s trip to Huddersfield.

The Lions attacker sat out the win over Stoke City after picking up a knock on his knee but is back in training ahead of the clash with Huddersfield.

And with all being well, Bennett should be one of the options available to Gary Rowett as the Lions look to make it five wins in six league games.

“Mason did some light training on Wednesday, so he’s another one that if we can get a little bit more training in then he’ll certainly have the potential to be available, which would be positive news,” revealed Rowett.

George Evans is set to be missing until after the international break with a grade one calf strain so will miss the trip to Huddersfield Town, although Benik Afobe and George Saville will return to the squad.

Huddersfield are perched just above the Lions amongst seven teams who are joint-fifth in the Championship, following a positive start to the season under former Leeds coach Carlos Corberan.

And Rowett is expecting a tough game against a team who operate in a similar set-up to the Lions.

“They have the ability to open up any team – they’ve got some really different ways of getting the ball up the pitch,” added Rowett. “They play in a similar sort of way to us in the 5-2-3 and they’ve had some really good results and, like most teams in the league, the odd result they’ll be disappointed with, but that’s the Championship.

“We’re really pleased with our recent run of form and they’re on the same points, so they’ve made a really good start.

“I think really each game presents slightly different challenges. But essentially they present the same challenge – which is having the right mentality and making sure you’re prepared to roll your sleeves up to do all the necessary things off the ball.

“Then it’s the quality on the ball that usually dictates the result. It’ll be a tough game.”