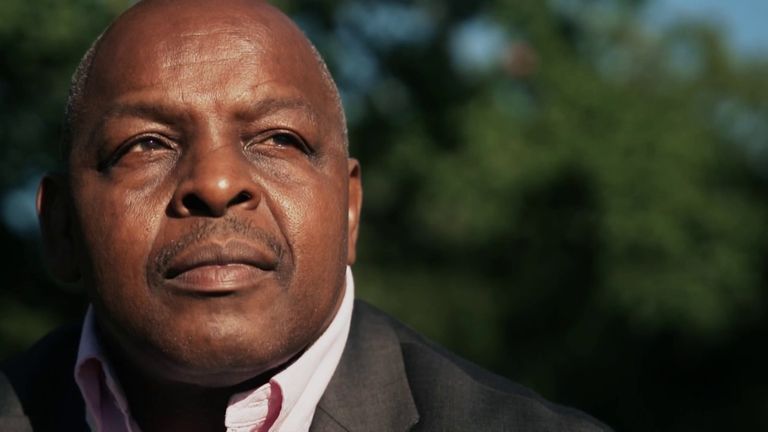 Floyd Steadman speaks about his incredible journey growing up in care, captaining Saracens, teaching, and being part of an extended family

Floyd Steadman speaks about his incredible journey growing up in care, captaining Saracens, teaching, and being part of an extended family

As part of Black History Month, we look at the inspirational story of Floyd Steadman. In an exclusive interview, Steadman speaks about a special and eventful life on and off the rugby pitch and his hopes for the future.

Steadman captained Saracens in the 1980s. That was unusual for two reasons. Firstly, he was a scrum-half, and secondly, he is black. In that era, black men were deemed to be incapable of playing in key decision-making positions or of leadership. Steadman did both.

But as Mike Wedderburn reports, that in no way covers his incredible story…

Aged 10, he ran away from home and his abusive father. When, after three weeks the police took him back, his father refused him entry. “I’ll never ever forget my father’s comment: ‘I don’t want him back in the house’,” says Steadman. 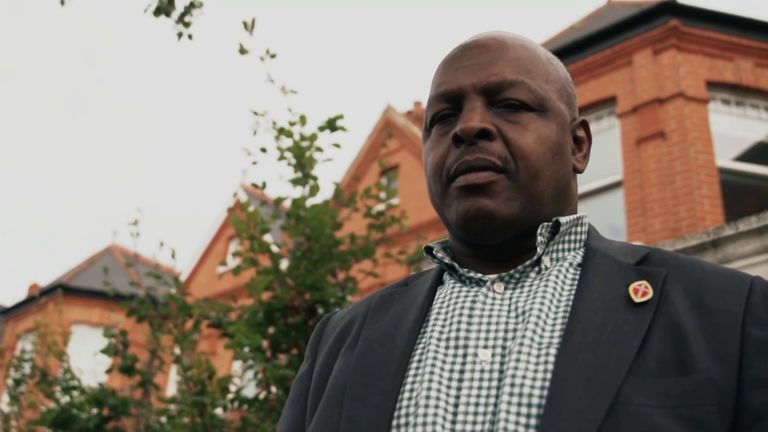 When asked how that made him feel, Steadman said “alone, scared, vulnerable because if I wasn’t going home then where was I going?”

As it turned out, he was going into care. Luckily, he was placed with a loving family. His school life was not always as supportive. Steadman wanted to teach when he grew up, but this was not seen as an appropriate aim by some of his teachers, who suggested that he should aspire to become a car mechanic like his father as “that is what people from the Caribbean do.”

Steadman did not take that advice. He studied hard and gained entry to Borough Road College, an elite sports college in West London which has a notable alumni list, including Olympic silver medallist Alan Pascoe and three-time Olympic bronze medallist Kathy Cook.

His specialism was rugby union and he came to the notice of all the top London clubs. With offers on the table, Steadman chose Saracens and before long was leading the team and some soon-to-be very famous players. 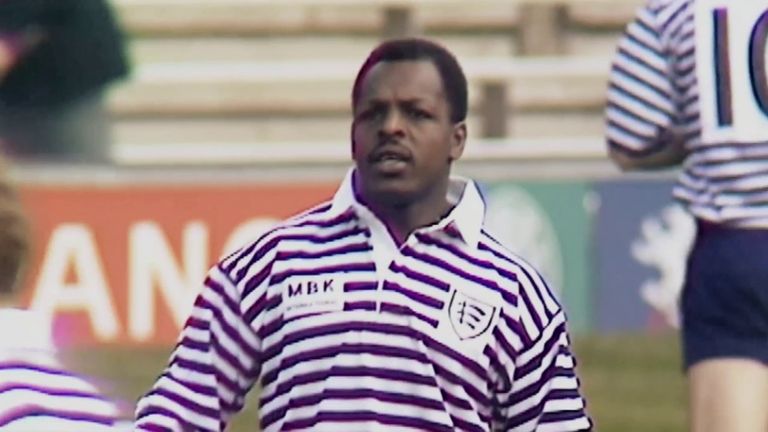 Steadman in action: Jason Leonard describes what it was like to play with Floyd while Maro Itoje says he got belief to play rugby from his old headteacher

Steadman in action: Jason Leonard describes what it was like to play with Floyd while Maro Itoje says he got belief to play rugby from his old headteacher

Jason Leonard, England’s most-capped senior men’s international with 114 appearances, says: “My captain was Floyd Steadman, a fantastic scrum-half who was like a pocket battleship. He was quiet, calm and collected. Not just a special captain but a special person.”

Steadman took Saracens to the brink of glory in the 1989/90 season. Written off before the campaign began, Saracens went into the final game against Wasps with a mathematical chance of being champions.

In those days, before professionalism, rugby union players had to get a job. Steadman had graduated and was looking for a teaching post. It came from an unlikely source.

Derek Rosenberg, a white South African, suggested to Floyd that he join him at Edgware School in North London. Rosenberg’s family were heavily involved in the anti-apartheid movement in South Africa, and after being put under house arrest and letting Nelson Mandela use their home as a safe house, Rosenberg’s father deemed the threat too high, packed up his family, and fled to the UK. 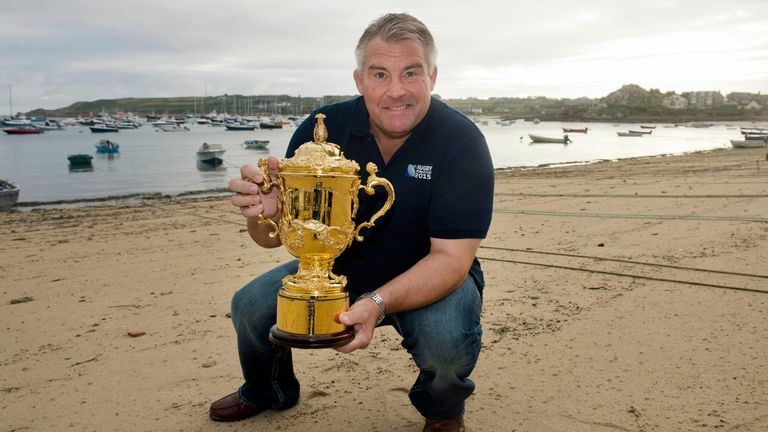 Steadman took the job, but then moved to St Paul’s School, which was founded in 1509. He was the school’s first black teacher and taught future Hollywood actor, Eddie Redmayne.

The star of The Theory of Everything and Fantastic Beasts and Where to Find Them recorded a special message for the teacher he first met over 30 years ago.

The Academy Award-winning actor said: “Mr Steadman was my teacher, my rugby teacher, my deputy headmaster from the age of eight to 12. And I look back and think of him as a really influential and important figure in my life.

“He was one of those teachers that everyone admired. He had a quiet authority, an innate kindness. “Whatever your passion was – and I was really interested in rugby and pretty useless at rugby – he made you believe that through tenacity, through hard work, through discipline, and with a fire of passion, you could accomplish something. Even if it wasn’t necessarily your natural habitat.

“And I remember him as an extraordinarily noble man and someone that you aspired to be.”

Redmayne was not the only former pupil to benefit from Steadman’s guidance.

At Salcombe Prep School, Steadman had now become the country’s first black headteacher in the independent sector. One day, he suggested to a particularly athletic 11-year-old that he should consider taking up rugby and that he should play for Saracens.

That boy was Maro Itoje, who now has 48 caps for his country and six for the British and Irish Lions. Itoje said: “He had a big impact on me because he was the headmaster of our school. He was articulate, clearly a very smart, well-educated man. 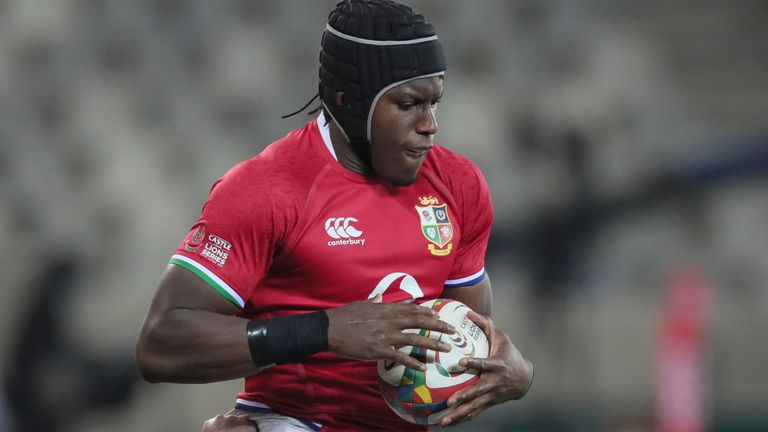 “He led with distinction and class. I knew he was the former captain of Saracens and when someone of that standing says you should give this a go, it gave me the belief to believe there could be something in this.”

At another school, the new headmaster didn’t get such a positive reception. Steadman was told by a group of parents that “they had overheard a conversation where other parents were disappointed that we have a black headmaster”. Steadman said it was hurtful, but that he could not show it.

Despite some challenges at work, his home life was going well. He had married his sweetheart from college and they had three sons. His wife was one of 11 children, so the boy who had begun life wandering the streets of London alone was now enveloped in a massive extended family.

But then another blow followed. Steadman’s wife Denise died of cancer. Floyd Steadman and Denise got married after meeting at college

“It was one of the most painful memories that I’ve ever had to endure. I felt alone for the first time in over 40 years. I know I have my boys and a wonderful family but I felt utterly by myself.”

He isn’t. He is rebuilding his life, once again, down in Cornwall in the bosom of his wife’s family. He and Denise had planned to move there to retire.

Asked whether he is happy, Steadman said, “I should be happy but while I have this drive and energy, I want to make life better for other people.”

Floyd and I go way back. I was a Harlequin which meant we played against each other and also together in representative teams. He was a wonderful player and was, and still is, a fantastic bloke. 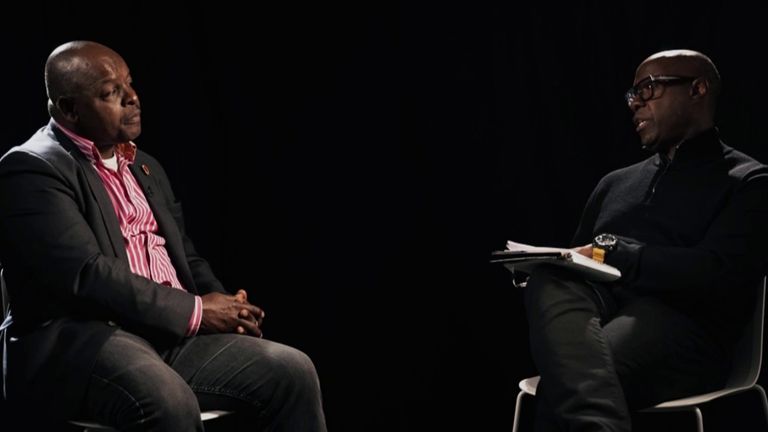 I knew nothing of his back story until fairly recently. A phone call from a mutual acquaintance set the hare running. I called Floyd and said I’ve just heard your story. We have to tell the world.

So after having not seen each other for over 30 years, we were together again and it seemed only 30 seconds since I’d last seen him. Still quiet, authoritative and generous. Floyd hasn’t changed a bit.

There’s no bitterness about the awful things he has had to endure. Each has been a learning experience for him. We were together, filming for four days in London and then a couple down in Penzance in Cornwall where he has now made his home.

What you will see when you see the result is a remarkable story and an even more remarkable man. 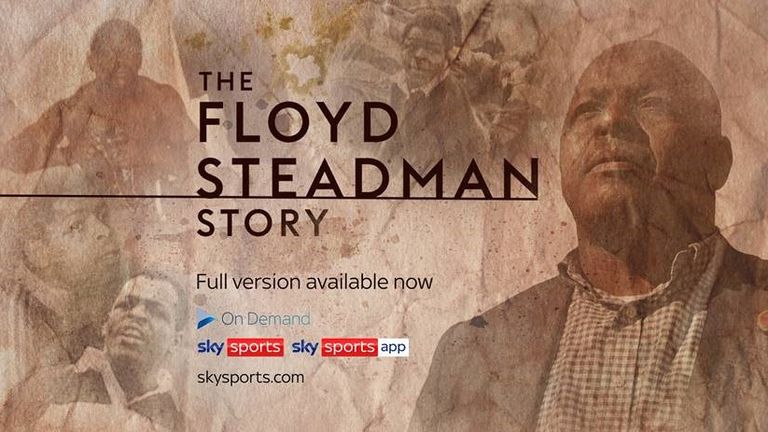 Click on the video at the top of the story to see the full interview with Floyd Steadman, including special contributions from Maro Itoje, Jason Leonard, Derek Rosenberg and actor Eddie Redmayne.

Cyclist fined £75 for riding outside London tube station – but park your bike there and it could set you back £50,000