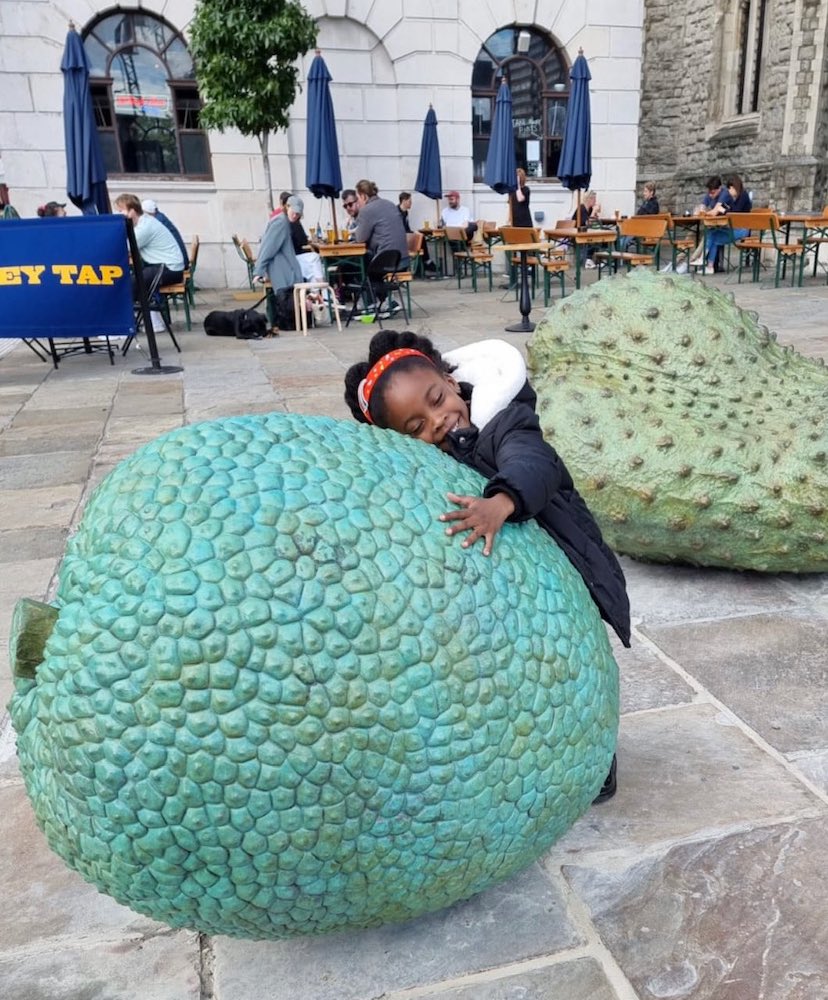 Authorities in London have installed the first permanent public monument in honor of the Windrush Generation in Hackney, East London. The monument is the work of Veronica Ryan, and it is the first in the United Kingdom to celebrate the generation of Caribbean migrant workers who came to the UK after World War II to help relieve the country’s labor shortage. The sculptures that make up the monument include depictions of three Caribbean fruits and vegetables, the custard apple, breadfruit, and soursop.

The monument’s installation has taken place during a time in which the public has increasingly questioned what figures are represented and honored in the built environment, along with a call for monuments in London to better reflect the diversity of its communities.

Ryan issued a statement noting the importance of cultural visibility and representation in public spaces, adding that she is happy that her work will form part of their recognition. The large marble and bronze sculptures were commissioned by the local council with Create London as part of Black History Season. They are located near St. Augustine’s Tower and the Ridley Road Market in Hackney. Ridley Market is still the “vibrant place of early excitement” Ryan knew when she went shopping with her mother as a child, and while she rarely gets to the market now, she has happily purchased “some lovely soursops and custard apples” there on recent visits. She believes that the Hackney community will enjoy the connections with the Windrush Generation indicated by the familiar Caribbean fruits and vegetables.

On National Windrush Day, June 22, 2022, a sculpture by artist Thomas J. Price also honoring the Windrush Generation will be unveiled

‘I was stabbed and shot growing up in East London – at 26 I was the first Black Brit to make it to the...