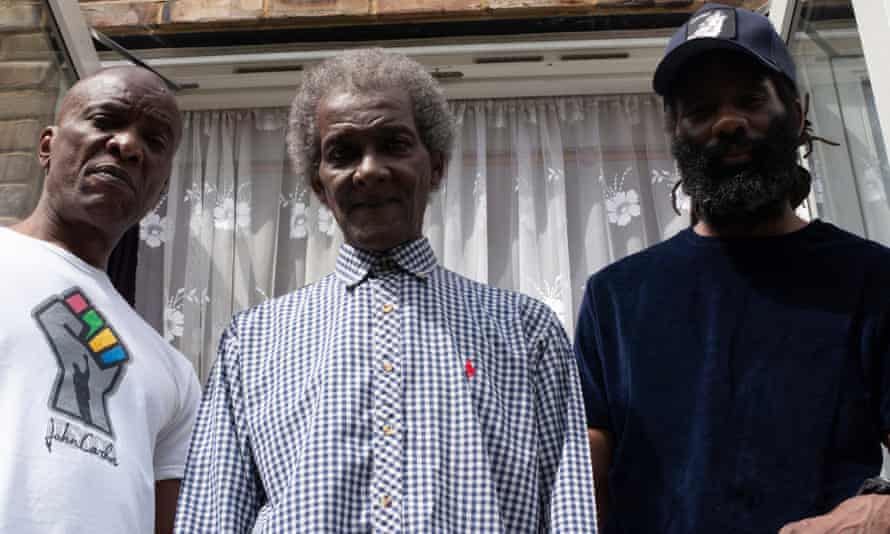 The case against a black woman charged with obstructing the police when officers shot her partner with a stun gun in the family home has collapsed.

However, Claire Stephen said she was still too traumatised by the incident to celebrate walking free from court.

Stephen, 54, from Tottenham in north London, watched as her partner, Millard Scott, then 62, was shot by police using a Taser electrical weapon in April 2020, although he was not suspected of any crime. It was a few weeks into the first Covid lockdown.

Scott and his brother, Stafford Scott, are longstanding campaigners against police brutality. There is a history of tension between police and the black community in the area after high-profile deaths such as those of Roger Sylvester and Mark Duggan.

One of Millard Scott’s sons is the rapper Wretch 32. He shared footage of the incident that went viral.

At the time, the family was shielding because Scott and Stephen care for another son, 23-year-old Shaquille, who is severely disabled with cerebral palsy.

The family says police bodycam footage showed it was 35 seconds from the time five police officers arrived at the family home to when the stun gun was used. Scott was standing at the top of a flight of stairs after Stephen called out to him when police burst into their home. Scott had come out of the bedroom where he had been looking after Shaquille. He was shot with several police stun gun darts, and the family say he fell down 12 steps. He hit his head and lost consciousness.

The police had come to the family home looking for Shaquille’s twin brother, who was subsequently charged with encouraging another to commit a serious offence – communicating with someone in prison on an illegal mobile phone. The person in prison was later acquitted of the charges against him.

Stephen, who had never been arrested before and has no criminal convictions, appeared at Highbury magistrates court on 19 October. She had one obstruction charge against her dismissed and was acquitted of the other.

She said: “My head was pounding so much when I left the court that I couldn’t celebrate the collapse of the case. Police came into my home and Tasered my partner while he was caring for our sick child. He fell down the stairs like a plank of wood. I thought he was dead.

“The incident has left me totally traumatised. I no longer have any confidence in the police. Every time the doorbell rings now the whole family react with shock and fear.”

Millard Scott said he was still suffering mentally and physically from the incident. Along with problems with his ankle caused by the fall, he is also traumatised by what happened.

“I’m angry and I want justice,” he said. “Nothing has changed in terms of the relationship between the police and the black community. If anything, it’s got worse. This kind of thing with the police has been happening since I was 13 years old.”

Stafford Scott said: “There is a clear policy of overpolicing our community. My brother, a man in his60s, got Tasered although there was no suggestion he had committed any crime. Black women like Claire are facing these issues with the police but nobody is speaking up for them.

“This was a man looking after a sick child, who could have been killed by police.”

The collapse of the case against Stephen comes after drugs charges were dropped against a young black man, also from Tottenham, who was left paralysed from the chest down after being shot by police with a stun gun.

On 4 May last year, Jordan Walker-Brown, 25, had his back to police and was trying to get away when he was shot while climbing over a wall. He had cannabis on him and had been stopped and searched the day before. He has been told he will never walk again.

Jude Lanchin, a solicitor at Bindmans, who represents Stephen and Walker-Brown, said: “Both these terrible incidents show the overaggressive and racist policing that is directed towards the black community in the area. The case against Claire Stephen should never have been brought; there was always insufficient evidence and now, 18 months later, she has been totally exonerated. There are very serious questions as to who made the decision to proceed against her and why.”

A Metropolitan police spokesperson said of the incident involving Millard Scott: “After officers had gained entry, a man came downstairs and started suddenly moving towards an officer. He ignored orders to remain where he was, continued towards the officer who, after several warnings, used a Taser. The incident, including body-worn footage, was reviewed by the Met’s directorate of professional standards and the Independent Office for Police Conduct. No indication of misconduct was identified in relation to any officer.”

Of the Walker-Brown incident, the spokesperson said: “We are aware of the decision by the IOPC to refer this case to the CPS as part of their independent investigation process. One officer, who has been advised of the IOPC’s decision, remains on restricted duties, and is being supported through the investigation process. When we receive the IOPC investigation report, we will consider its findings and respond accordingly.”

Man, 34, killed after coming off motorcycle in Barnet