All good things come to an end, and that was the case with the age of steam on the London Underground and overground railways.

Engineers used conventional steam locomotives on the Underground, but the solution was to fit special pipes to condense the exhaust steam into side tanks of cold water.

This meant less steam in the tunnels, but smoke was still a problem.

Coke fuel was used instead of coal as it creates less smoke, and there were ‘blow holes’ at intervals around the railway, but the atmosphere underground was still very unpleasant.

READ MORE: The lost London Underground line that took you straight to the beach

Author Stephen Halliday says the smoky atmosphere in the tunnels sent passengers “coughing and spluttering into the streets or, occasionally, to the pharmacist near Euston station who sold glasses of ‘Metropolitan Mixture’ to soothe damaged mouths, throats and lungs”.

So, ever since the late 1800s and the days of the City and South London Railway, there had been a move to electrify lines – especially deep underground ones where steam was so filthy and smelly.

This carried on apace and gradually the beautiful steam engines that had been such faithful servants were withdrawn and replaced with electric trains running on the notorious third rail.

As described in the book ‘Haunted London Underground’ by David Brandon and Alan Brooke, London’s very first Underground line, the Metropolitan, was also the last to lose its steam trains – largely because so much of it was above ground.

The last steam locomotives ran on this line in 1961.

But even after this, there was some steam still in operation.

These trains were run by London Transport from the Lillie Bridge depot near Earl’s Court and were for engineering works or train company business.

One ran in the daylight hours to Acton Yard while another two ran at night.

One service ran to Neasden via Rayners Lane in West London and another to Upminster via Victoria, Whitechapel and Barking.

Many more of these so-called ‘departmental’ trains had previously run on the lines at night after ordinary passenger services had finished.

These continued in use until 1971.

In that year when the last steam train ran, a special commemorative train ran from Barbican to Neasden.

Many train lovers and passengers were already lamenting the passing of steam.

But as soon as steam trains started being phased out, rumours started circulating of ghost trains spooking London Underground.

People reported being able hear steam trains puffing inexplicably down the tracks at night and being able to smell the coal smoke and see the smoke trails they left behind. 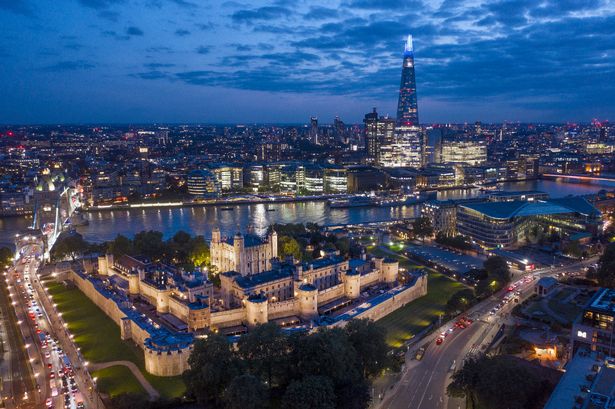 In many cases what people were actually hearing and seeing was the departmental London Transport trains as described above, running through the tunnels at night as they had done for years.

But that didn’t stop people getting hot and steamy about it.

Even after these final steam engines were phased out, ghost stories of haunted steam trains have continued to chug around.

There’s one particular tale about a sighting that takes place on the Northern Line between East Finchley Station and Wellington sidings.

Is there any truth in these old ghostly tales?

Of course TfL has been running heritage steam services on its lines for many years using an original Met No 1 steam locomotive to pull a set of vintage coaches, but the last of these ran in 2019.