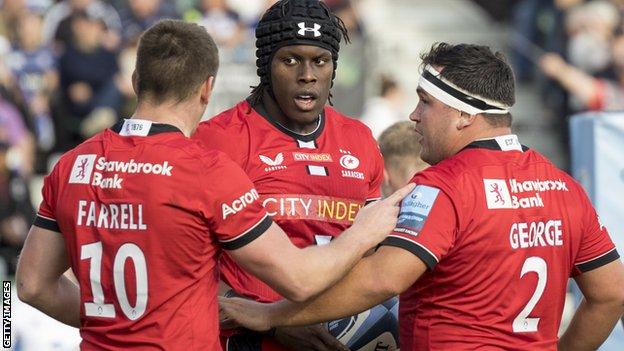 Itoje is a key figure for club and country

Rugby union can do more to tackle racism and to increase diversity in the sport, says British and Irish Lions and England forward Maro Itoje.

The Saracens lock discussed issues of race in the game with his former headmaster Floyd Steadman, an ex-scrum-half for Itoje’s club who was the first black captain in the top tier of English rugby union.

After his playing career, Steadman went on to become headmaster at Salcombe Prep School in north London, where he introduced a young Itoje to the sport.

“The more invested we all are in this, the greater the outcome will be.

“It has to do more to attract young rugby players from different backgrounds, environments and socio-economic groups and if it does that, everyone wins.

“There will be a better game and a better product and will lead to more fans, more people engaging and more demand for the broadcasters in terms of TV and for the guys putting money behind it

“Everyone’s a winner when the game is more diverse.”

Earlier this year, the RFU launched an independent diversity and inclusion advisory group which will “shape plans” and “challenge the RFU on its progress” in the area.

Steadman said he was proud of what players such as Itoje were doing to raise the issues of racism and diversity.

“Some of what I had to deal with in my playing days was racist abuse, but a lot of it was unconscious bias from fans, opponents and team-mates,” he recalls.

“A lot of it was also language which people thought was appropriate at the time but I knew it wasn’t.

“People would make assumptions based on the colour of my skin and I’ve challenged them to look again at me, the man.” 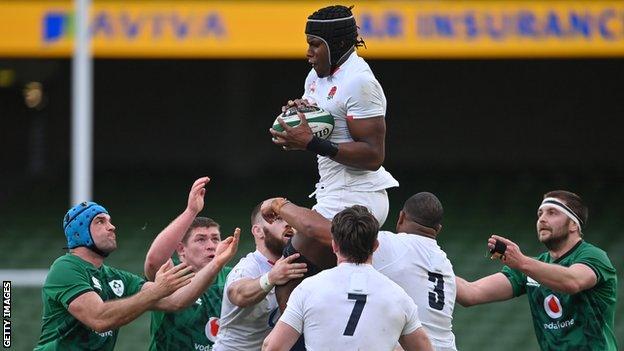 Itoje is recognised for his strong stance against racism and earlier this year he became a patron of The Black Curriculum, a social enterprise that aims to fill in gaps in the current UK schools curriculum by teaching black British history all year round.

“We’re all in this journey together,” he said. “Black, brown, white, blue, pink and I do believe the more we converse with one another, the more we understand one another and educate one another on different people’s opinions, ways of life and ways of seeing things, the closer we will get to a more equitable society.”

While Itoje still takes the knee before games, he denied that he felt let down when not joined by all of his England team-mates.

“Each player has to make their judgement whether they feel comfortable doing that and players will have their certain reasons.

“I’m not going to say if you don’t take the knee it means you are racist, that’s too simplistic.

“But while I do believe symbolic gestures are important, the most important thing is doing the work when you are in the public eye but also in private life as well.”

Junior doctor quit his career to start business and now he has 10,000 employees

Flat to rent for almost £1,000 a month in North London but there’s a problem that might give you sleepless nights