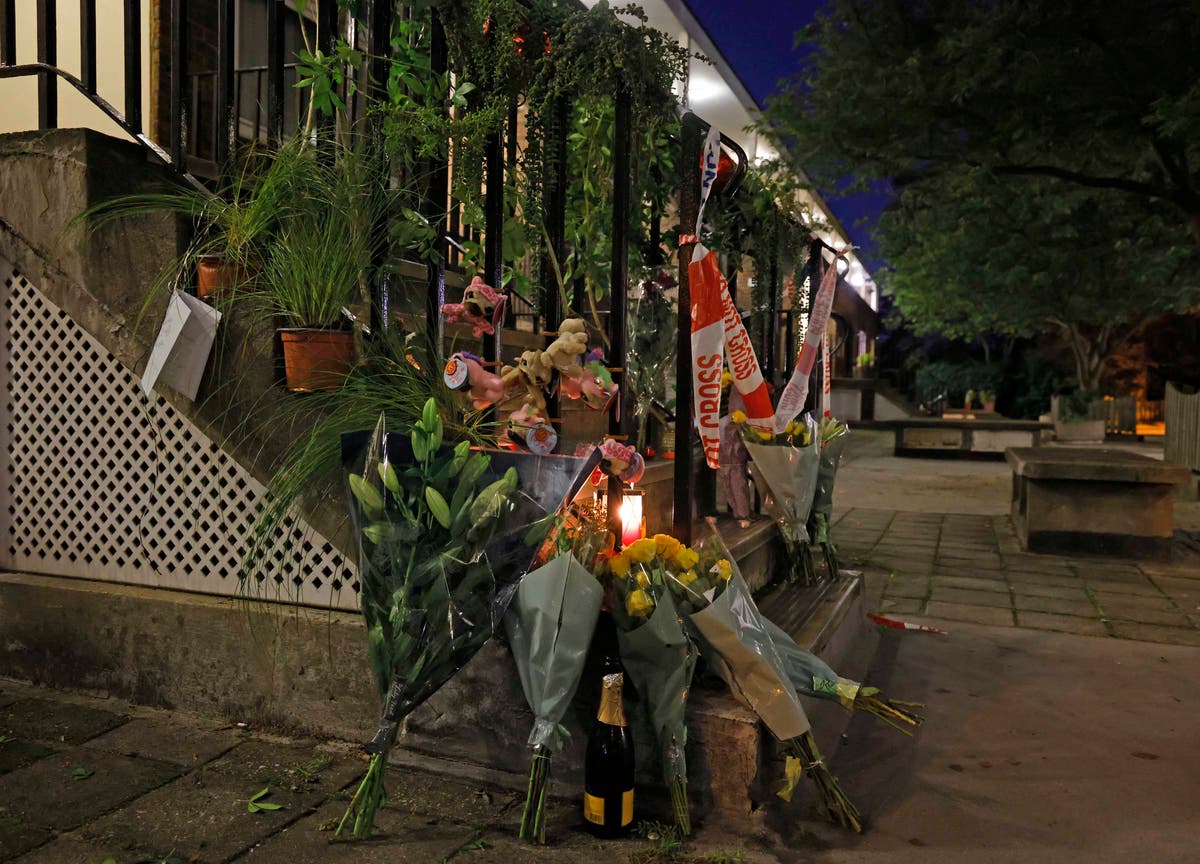 man was on Monday being questioned over the murder of a mother found stabbed to death in her flat — the 14th woman killed in London since Sarah Everard’s death.

Officers were called shortly before 1am on Sunday to a disturbance in Broxwood Way, Primrose Hill, and found the woman — described by neighbours as “a perfect” mother-of-four — with stab injuries.

Despite the efforts of emergency services, she was pronounced dead at the scene.

Police had appealed for help to locate a 40-year-old man in connection with the killing of the woman in her thirties. He was detained after a manhunt on Sunday evening.

The death will heap further pressure on Met Commissioner Dame Cressida Dick to tackle violence against women and girls in London.

Flowers, cards and cuddly toys were placed outside the block where the latest victim died.

One card said: “Rest in peace, going to miss you, love you always.”

A relative posted on Facebook: “She deserved so much more than this.”

Neighbour Bouchaine Bamijjane said: “She has three girls and a boy. They are a really nice family and she was a perfect mother.

“My kids played with their kids, they are really fantastic people, always happy and never any problems.

“We are confused and shocked. They really are perfect neighbours.

“When it happened, everybody came out of their flats. We are a very close community. People were crying.”

Another resident said: “She was a really nice woman, we are devastated. The first thing I knew was when the police arrived, there were loads of them and ambulances.

A mother-of-two who lives in the block opposite said: “We saw it all unfold. We heard shouting and the next thing we knew there were police everywhere. It was terrifying.”

Since her death, a further 14 women have been killed in London including primary school teacher Sabina Nessa, 28, in Kidbrooke, south east London.

The deaths have sparked calls for women’s safety to be improved.

The 888 service would allow women feeling unsafe to have their journeys tracked and an alert triggered if they do not reach their destination in time.

But campaigners have asked whether the government should take stronger measures against male violence rather than asking women to be tracked.