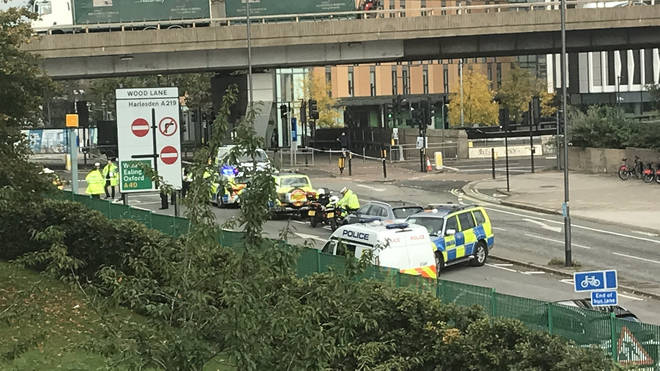 Roads have been closed off following the incident.

A woman, believed to be 23 years old, has died in a hit-and-run in west London.

Police attended with the London Ambulance Service at 9.56am today, but the woman was pronounced dead at the scene on Wood Lane near the Westway.

Initial enquiries suggested that the woman’s injuries were caused by a road traffic collision.

However, no vehicles stopped at the scene and an investigation is under way, police said.

Local roads have since been closed and motorists encouraged to avoid the area.

A London Ambulance Service spokesperson said: “We were called at 9.54am this morning (19 October) to reports of a road traffic collision in Wood Lane by the A40, west London.

“We sent an ambulance crew, two paramedics in fast response cars and an incident response officer to the scene.

“The first paramedic arrived in less than five minutes.

“Sadly the patient died at the scene.”

Police have urged anyone who witnessed the collision to call 101, giving the reference 2081/19OCT and drivers in the area at the time have been asked to check any dash-cam footage they may have.