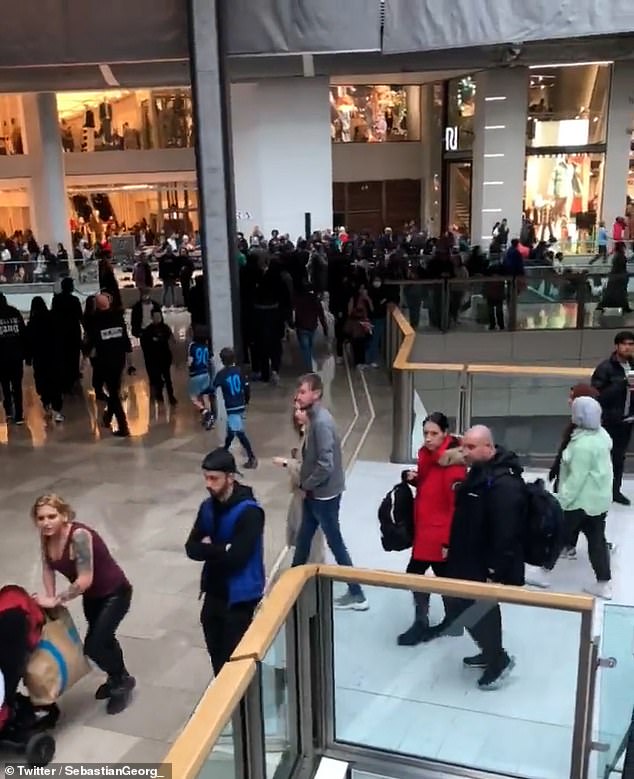 Westfield shopping centre in Stratford is evacuated AGAIN: Shoppers rush out of London complex as firefighters free customer trapped in a lift… days after blaze near Apple store

Shoppers from Stratford Westfield were evacuated this afternoon because someone was stuck in a lift, the London Fire Brigade has said.

The east London shopping centre was emptied this afternoon when the alarm sounded and panicked shoppers fled the scene.

The brigade confirmed that the cause was not a fire but a customer stuck in a lift.

It also confirmed they were able to free the person.

Videos from shoppers on social media show crowds gathered around the entrance as security directs them.

Other footage shared online also shows confused shoppers going towards the entrance as the alarm blares in the background.

Another clip shared on Twitter shows that fire curtains have come down as people evacuate the building.

Security was also filmed setting up tape around the main entrance.

Crowds evacuated the Westfield, Stratford City shopping centre as the fire alarm sounded. The cause was a person stuck in a lift 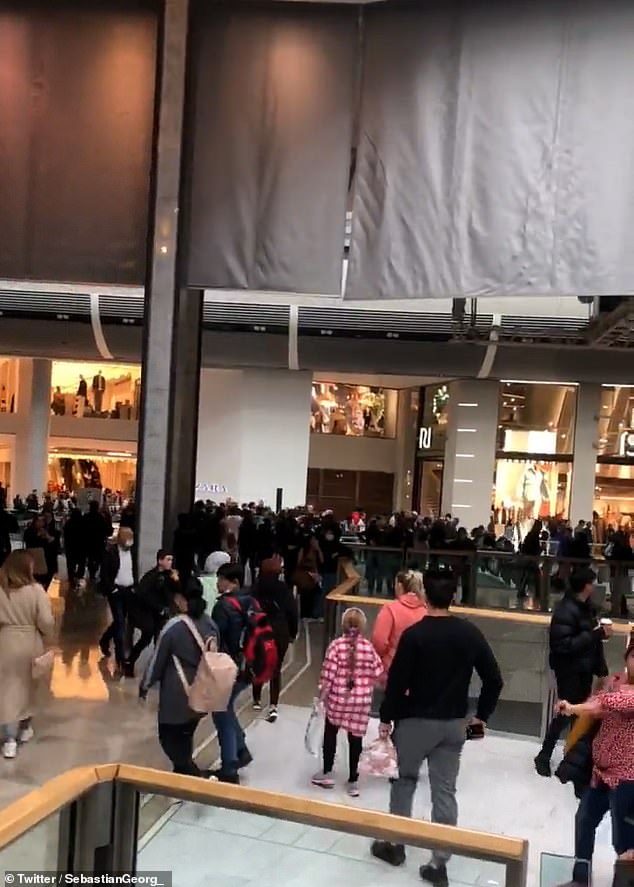 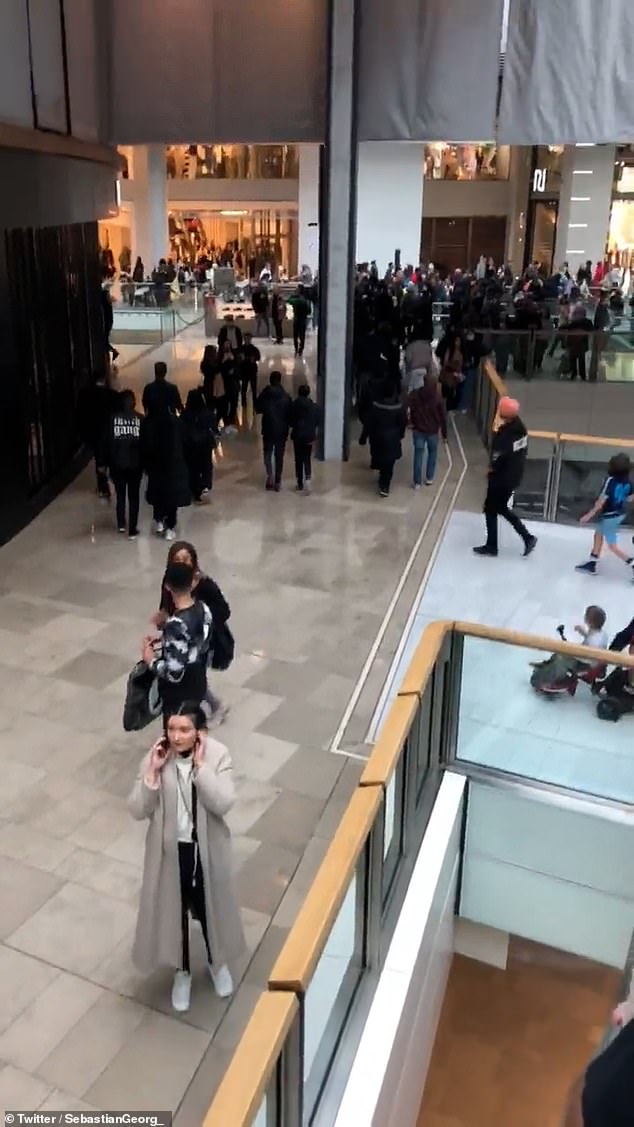 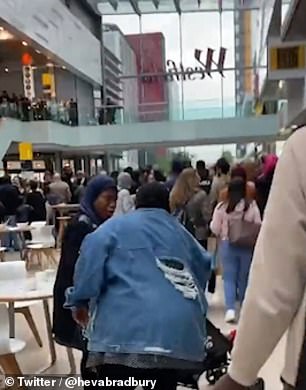 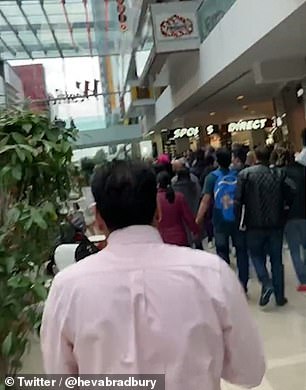 Last week around 40 firefighters and eight engines rushed to the same shopping centre after reports of a blaze on the first floor.

Pictures from the scene appeared to show smoke coming out of a Watches of Switzerland shop and hundreds of customers raced to leave the centre which is near the Olympic Park as smoke filled the main concourse.