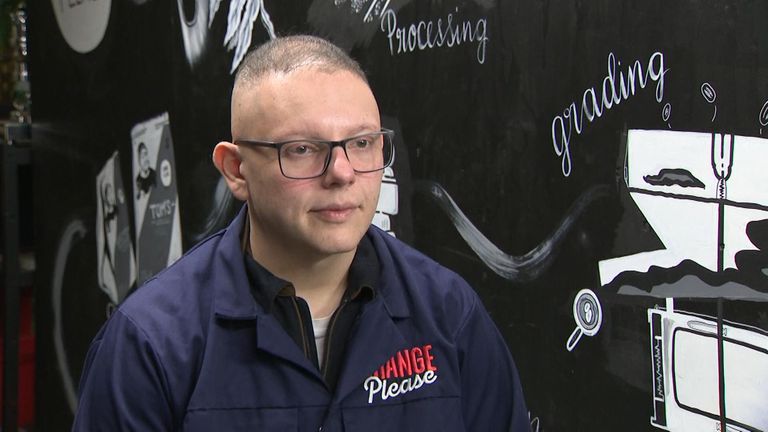 Two London buses have been fitted out to help the city’s thousands of homeless people as winter approaches.

Camel Ezel, the founder of Change Please, the coffee shop and social enterprise behind the idea, called it “the next step in tackling the homelessness crisis in England”.

Image:
Camel Ezel is the founder of Change Please, which is behind the project

He hopes the buses can make the winter months easier for those who have no place to stay, and that the idea can be used in other cities and countries.

He said: “We believe in sustainable approaches to ending homelessness and Driving For Change will give the most vulnerable people the opportunity to access crucial services which can guide and support them in changing their lives long-term.

“We hope to take the project nationwide and then internationally to achieve maximum impact – discussions around Paris and Los Angeles have already begun.”

The number of rough sleepers has risen over the past 18 months, with an estimated 130,000 households made homeless because of the COVID-19 pandemic.

This is despite some government interventions earlier in the pandemic – the ban on evictions, increases to universal credit, and the furlough scheme. 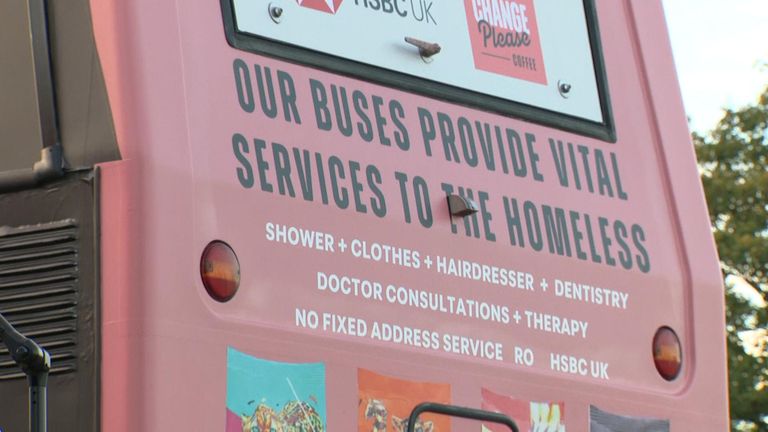 Image:
The number of homeless people has risen during the COVID-19 pandemic

Mr Ezel said: “We’re now going into the cold months when you see the most deaths out on the streets, so we really need to try and find people, working with local partners and local charities so we can get to people as urgently as we can.”

Thomas Noble is among those who have been helped by Change Please.

Mr Noble arrived in the UK three years ago, having been deported from the US after a one-year jail sentence for drug trafficking.

He found himself alone in London with an addiction to pain-killing narcotics after a car crash. 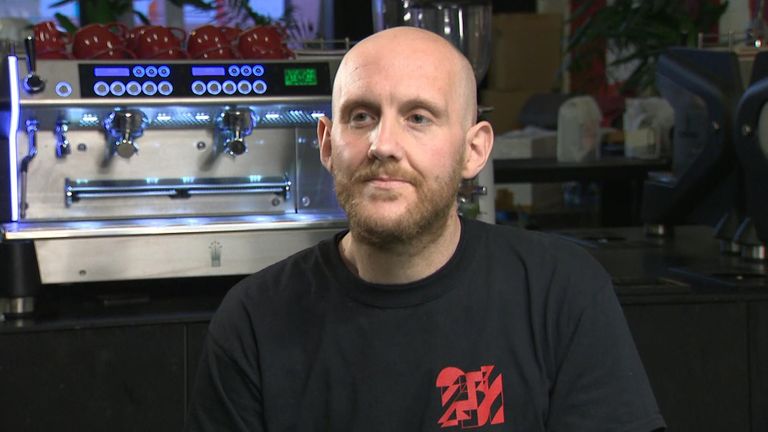 Image:
Thomas Noble was homeless but trained as a barista and now has his own apartment

He was sleeping rough for about a month before learning about the social enterprise and retraining as a barista.

The transition would have been easier if the buses had been available, he said, adding: “If you go into a GP or something and you’re off the street, people are going to look at you.

“That’s not a good feeling for anybody.

“They don’t want to feel that way, but they’ve not been given a chance.

“There will be no judgement: you step on that bus and they’ve got you.

“If this was there when I started, things would be even better than they are now.” 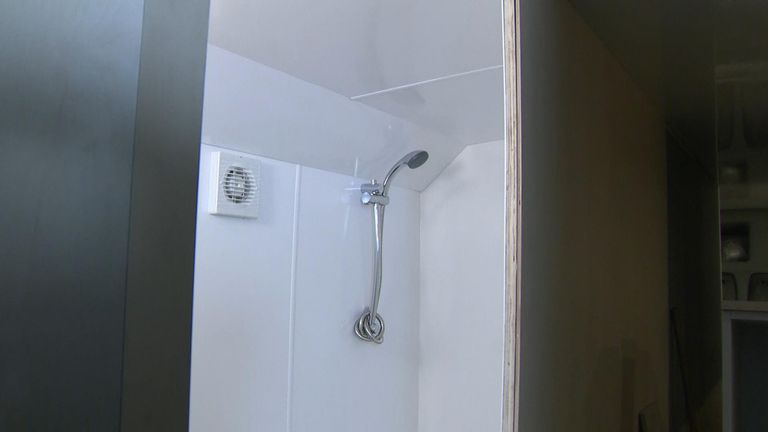 Image:
The buses offer a number of things to help homeless people, including showers

He also works weekends for Change Please in London’s Borough Market and Victoria Market. He earns the London living wage of £10.20 an hour, lives in an apartment, has paid time off and plans for the future.

“Your vanilla frappuccino from Starbucks is always the same,” he added.

“But with Change Please, you actually have somebody who appreciates the fact that you stopped to get some coffee from them that’s going to be good. For me, it’s a win-win.”

Change Please is also working with Community Dental Services CIC to fit out the bus with a mobile clinic where people can receive treatment.

Lorraine Mattis, the organisation’s director said: “We are delighted to be part of the Driving For Change initiative, bringing much needed oral health care directly to homeless people building on our experience in mobile dentistry and supporting the oral health of vulnerable people.

“It is fantastic to see social enterprises working together in an innovative way like this to directly address social need.”

A Department for Levelling Up, Housing and Communities spokesperson said: “Tackling homelessness is a priority for the Government and we’re spending an unprecedented £750m this year as part of our commitment to end rough sleeping during this parliament.

“We have made huge progress to bring rough sleepers off the streets during the pandemic and helped over 37,000 people into safe and secure accommodation, including 26,000 who have already moved into longer-term accommodation.”