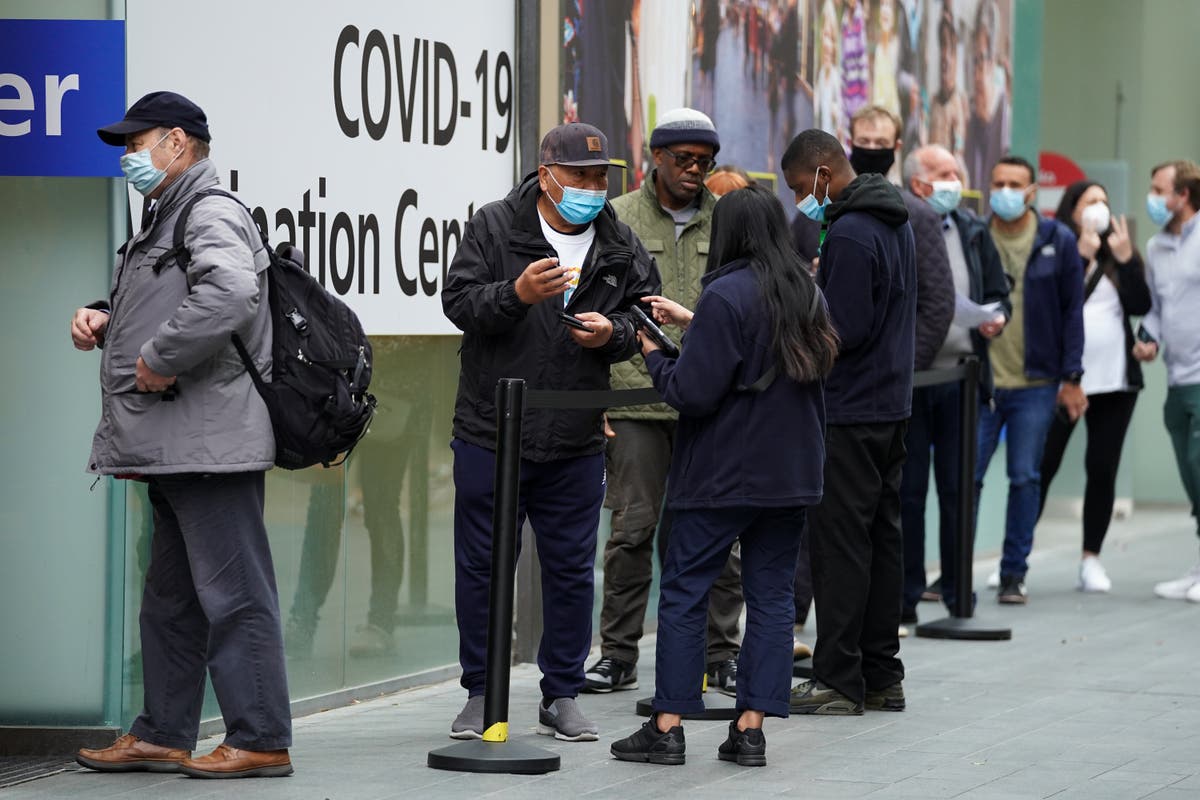 further 42,776 confirmed Covid-19 cases have been recorded in the UK as of 9am on Wednesday – the highest number of daily reported cases since July 21.

It takes Britain’s seven-day rolling Covid infection rate to 372.6 cases per 100,000, which is among the highest in Europe.

Trafford in Greater Manchester continues to have the highest rate in the UK, with 2,006 new cases in the seven days to October 9, the equivalent of 844.4 per 100,000 people.

Wellingborough in Northamptonshire has the second highest rate, up from 573.2 to 797.9, with 639 new cases.

Meanwhile the Government said a further 136 people had died within 28 days of testing positive for Covid-19, bringing the UK total to 138,080.

While cases appear to be steadily increasing, the impact on the nation’s health appears to be more stable.

Daily Covid-19 hospital admissions have been running reasonably flat in the 700s since the middle of September, having fallen from around 1,000 at the start of the month. The latest daily figures show 754 patients were admitted to hospital with coronavirus on Saturday.