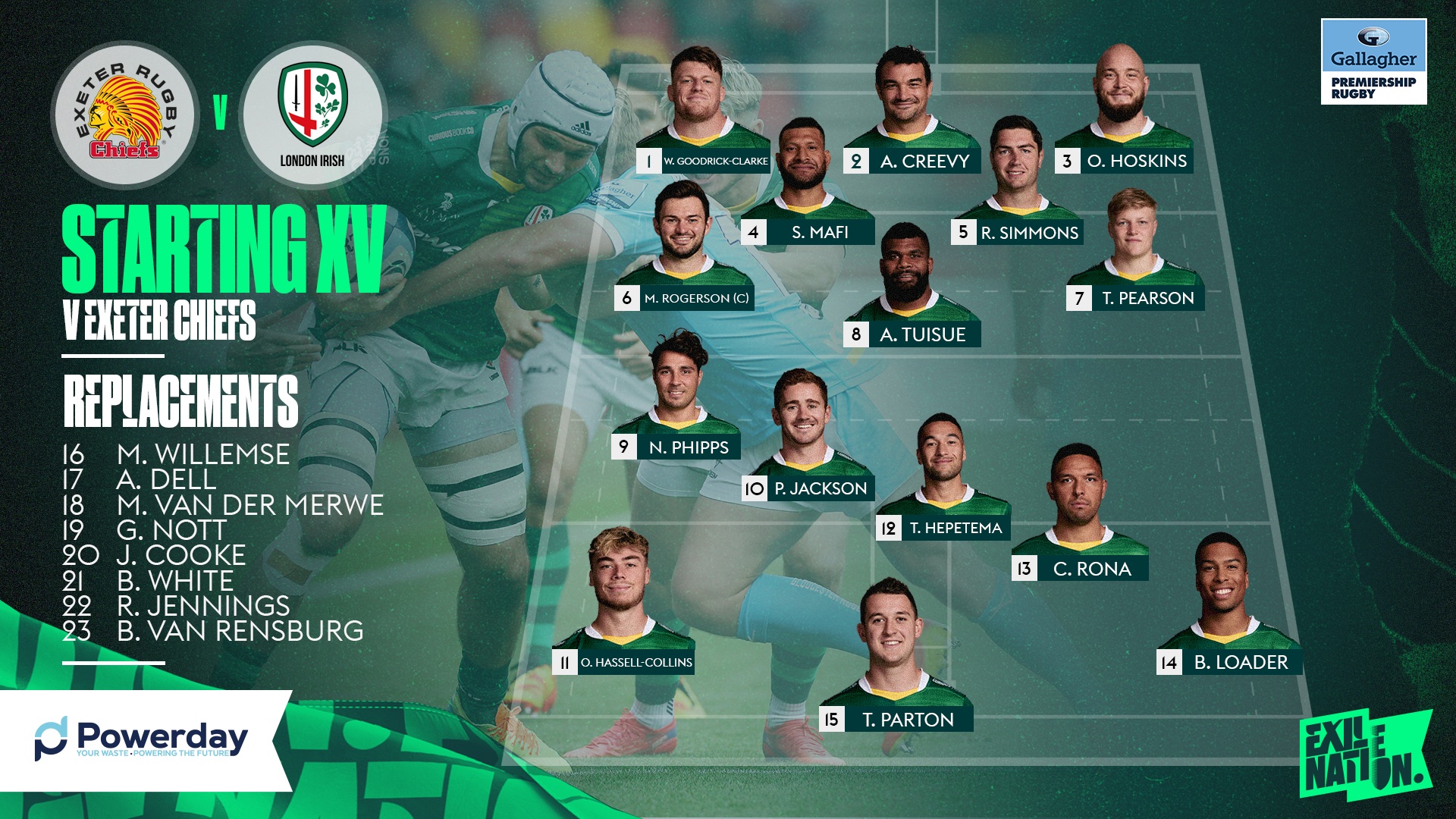 London Irish director of rugby Declan Kidney has confirmed the squad that will travel to Exeter Chiefs for Round 6 of the Gallagher Premiership.

READ | WHO IS MORNE STEYN? 10 FACTS YOU NEED TO KNOW ABOUT THE FORMER SPRINGBOK FLYHALF

Will Goodrick-Clarke, Agustin Creevy and Ollie Hoskins are the front row, with Steve Mafi and Rob Simmons in the second row.

Matt Rogerson captains the side from blindside flanker and there is a competitive debut for Tom Pearson, who is set to start from openside flanker. Albert Tuisue completes the pack from No 8.

Nick Phipps and Paddy Jackson continue their partnership in the halfbacks, and Terrence Hepetema links up with Curtis Rona in the centres.

“Playing teams who have won Premiership titles and European cups is how you want to test yourself,” said Kidney.

“They present a big challenge for us, especially at Sandy Park in front of their own supporters.

“We have trained well this week and are looking forward to the battle that awaits us come 15:00 tomorrow.”

READ | FAF DE KLERK HAS HIP SURGERY, OUT FOR 4 MONTHS

London Irish are currently 10th in the 13-team log with eight points after five matches.

Exeter Chiefs find themselves in fourth spot with 15 points after as many matches.