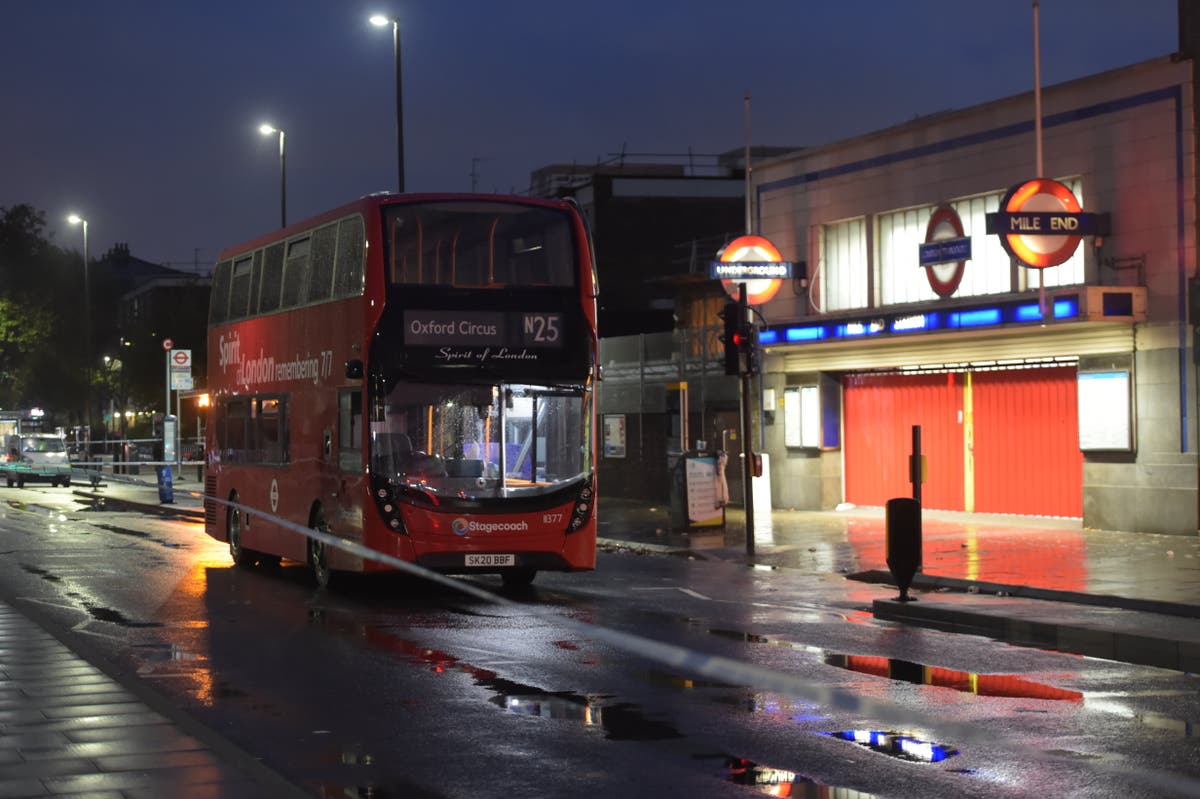 rmed police were scrambled to a triple stabbing on a London night bus outside Mile End Station early on Wednesday.

The station remained closed until 8.45am as detectives hunted for clues after the attack which left one victim in a critical condition.

Police were alerted at 12.48am after the driver of the N25 night bus, bound for Oxford Circus, sent out an emergency message saying the bus was under attack and people had been injured.

A bus worker said: “The driver sent out a message saying there was a person injured and that they feared for the safety of themselves and other passengers. They weren’t injured themselves but that help was needed. Armed police came as well as British Transport Police with dogs. It was a scene of carnage.”

The man was taken by the London Ambulance Service to an east London hospital where he remains in a critical condition.

Two other men – aged 34 and 22 – were also taken to hospital for treatment to slash injuries; their injuries are not believed to be life-threatening.

A 34-year-old man was arrested at the scene on suspicion of causing grievous bodily harm. He was taken to an east London police station where he remains in custody.

The bus is a specially commissioned double decker which has the ‘Spirit of London’ written on it in memory of the passengers killed on a bus in the 7/7 terror attacks.

Another witness to the aftermath of the attack said on Wednesday: “There were police everywhere I thought it was another terror attack there was shouting and paramedics and police were running. I saw the bus driver they looked really shaken.”

It is understood that the driver was not injured but is being offered specialist support from the bus company.

Discarded clothes and blankets could be seen on the bus marking the spot where the attack took place.

Local resident Anton Marshall, 52, said: “I looked out of the window and saw dozens of police surrounding the bus with Spirit of London written on it. It’s a sad irony I’m afraid.”

Anyone with information is asked to call police via 101 quoting reference Cad 244/20Oct. To remain anonymous, contact Crimestoppers on 0800 555 111.