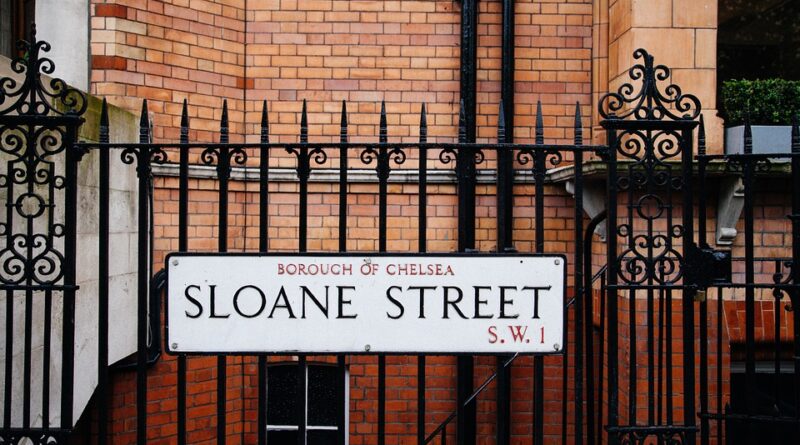 House prices in Kensington and Chelsea are heads and shoulders above other London boroughs with some homes selling for a whopping £35m.

Properties across the West London borough are eye-wateringly expensive compared to the rest of London, where the average house price is £526,000.

Houses in Kensington have sold for £3.5m on average according to property experts, Property Solvers.

A six-bedroom mansion in Knightsbridge is listed on Rightmove for £35m while terraced houses in Cheyne Row cost £20m.

Even parking spaces in the borough cost more than some homes. A parking space in Knightsbridge is currently on sale for £250,000.

According to Churchill Insurance, the average price per square foot in Kensington stands at £1,721, 29 times the price of the equivalent in Darlington in Durham.

Since property prices are so high in the area, landlords often rent out small spaces for ridiculous prices.

One landlord in Earl’s Court rented out a property so small that the bed nearly touches the oven, while another property in the borough was advertised without a toilet.

The extreme prices in the borough have led to Kensington and Chelsea Council (RBKC) struggling to find sites to build new affordable or social homes on.

Despite the area being homes to wealthy celebrities such as Robbie Williams, Eric Clapton and Brian May over 3,000 people are on the housing waiting list in the borough.

Speaking at RBKC’s full council meeting on October 20, deputy council leader Kim Taylor-Smith, in charge of housing, said: “This council has a track record it cannot be proud of – we have simply built too few homes over many many years and London has built too few homes in too many, many, years.

“Costs have risen, prices are high, land values are inflated, social housing is unavailable to thousands of families, out of reach for children, adults, the elderly, the vulnerable, even those fleeing crime or abuse.

Wealdstone stabbing: Man, 21, fighting for life and boys 14 and 16 in hospital after triple knife attack