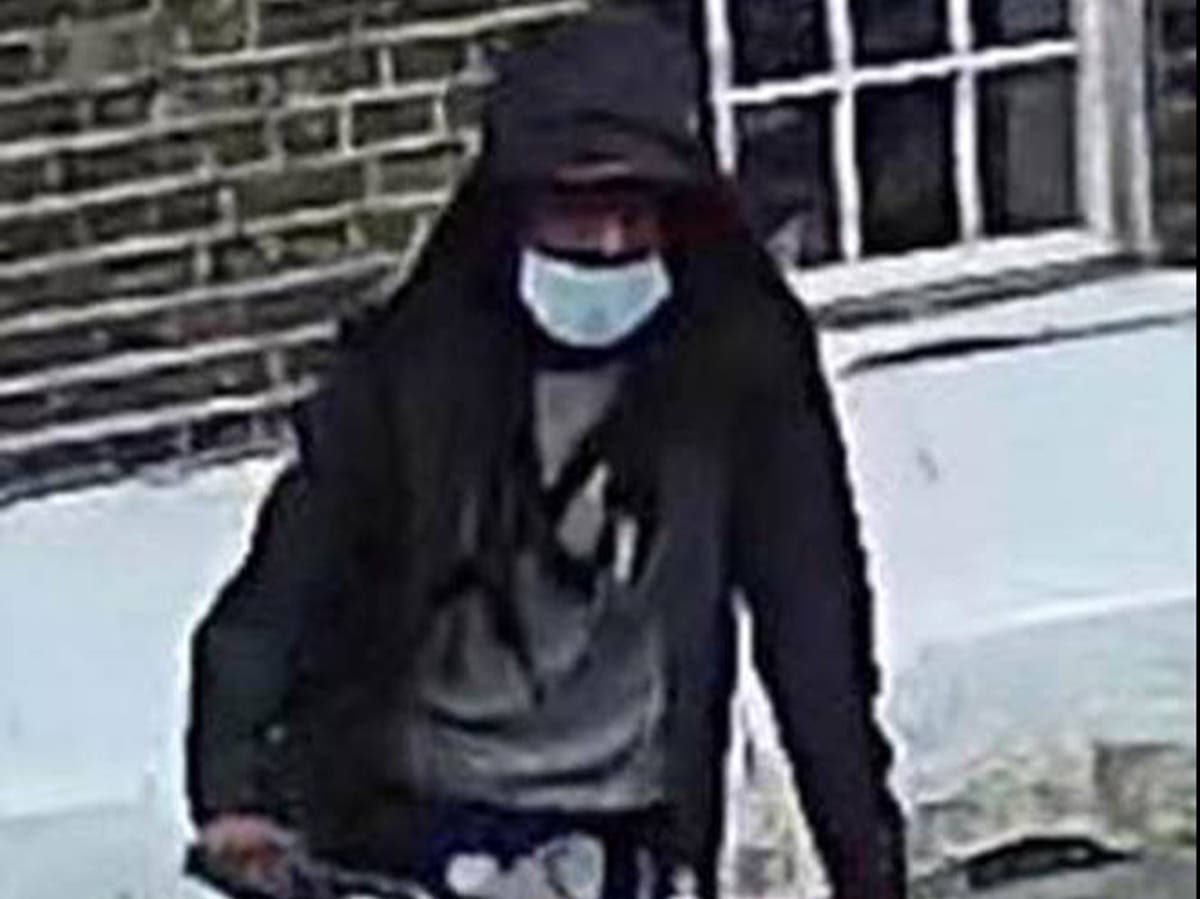 Police have released a CCTV image of a man wanted following reports of several indecent exposures and sexual assaults in East London.

Scotland Yard officers said it had been made aware of a man committing a number of offences in the Tower Hamlets area between August 30 and September 29.

Metropolitan Police officers said they were aware of seven offences in total, and on each occasion the suspect has cycled up behind a woman before either exposing himself or carrying out a sexual assault.

On four occasions the man has also been reported to have masturbated during the incidents.

Police said the man wore a mask while committing offences, and was seen wearing a black zip hoody and grey joggers with a thick black stripe from hip to knee. He was potentially wearing a bike lock around his neck and a chequered baseball cap during the series of attacks.

The suspect’s bike is described as being black and silver.

The first incident took place at around 11.05am on August 30 at Upper North Street. This was followed by three incidents on 31 August at around 10.20pm on Watts Grove, around 10.25pm on Burdett Road, and around 11.45pm on St Stephen’s Road.

The seventh incident took place on 28 September at around 11.40pm on Burdett Road.

Police are appealing for information related to these offences, including for any potential victims who have not yet come forward.

Anyone who recognises the man in the image is asked to call 101 or tweet @MetCC and quote CAD286/29SEP21.