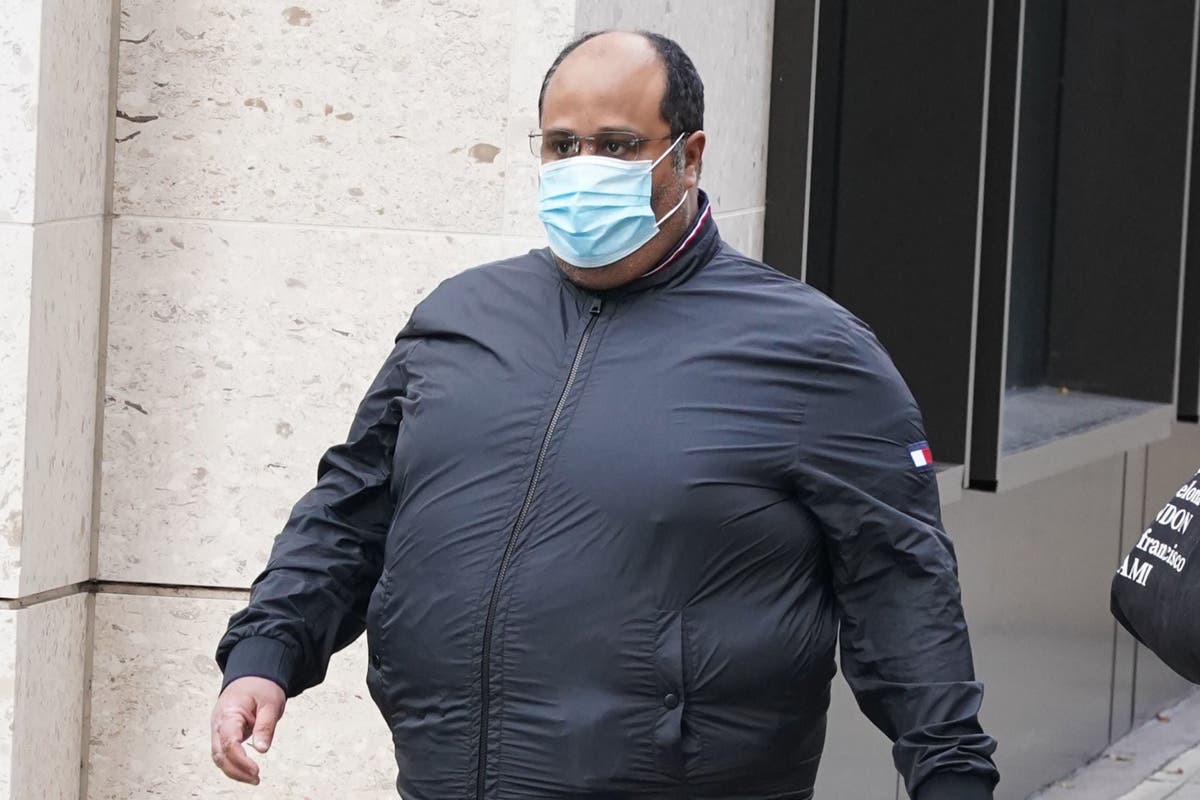 member of the Qatari royal family has admitted running over and killing a pedestrian after speeding off from traffic lights near Buckingham Palace.

Hassan Nasser Al-Thani, 42, was behind the wheel of a purple £250,000 Rolls Royce Wraith which struck and killed 66-year-old Charles Roberts as he crossed Duke of Wellington Place, at Hyde Park Corner.

The Old Bailey heard Mr Roberts had been just two seconds away from completing his crossing when he was fatally injured, while Al-Thani had rapidly accelerated to more than 50mph in the moments before the crash.

The businessman, who had shipped the car to the UK from Qatar less than three weeks before the crash, on August 22, 2019, has pleaded guilty to causing death by careless driving.

Sentencing him on Tuesday afternoon to eight months in prison suspended for two years, Judge Richard Marks QC, the Common Serjeant of London, said Al-Thani had told a probation officer it is “difficult to say whether you were speeding and that you didn’t think you were”.

“It seems to me that even now you are in denial and have sought to minimise the seriousness of the manner of your driving.

“You were driving a powerful car with a 6.6 litre V12 engine – shortly prior to the impact, you were driving at a speed not far short of twice the legal limit. Therein lies the seriousness of this offence.

“You clearly saw Mr Roberts very late, for which there can be no explanation other than you were simply not paying proper attention.”

The court heard Al-Thani is a member of the ruling Royal family in Qatar and holds a ministerial role. He also runs a road maintenance company which relies heavily on government contracts.

He was handed a three-year driving ban which applies to UK roads, and was fined £25,000.

Prosecutor Philip McGhee said Al-Thani told police after the 3am crash that he “didn’t see” Mr Roberts and suggested the pedestrian had “ran in front of my car – suddenly and without warning”.

But experts determined that the driver had accelerated to between 52mph and 54mph after the lights turned green, when the speed limit was just 30mph.

“Mr Roberts was seen to be walking unaided and purposefully, he was facing towards the traffic, and he paused to let another car pass before he stepped into the road”, said Mr McGhee.

“At walking pace, he continued to look in the direction of oncoming traffic.

“At that moment, Mr Al-Thani’s car was stationary at one of the red lights. At about the moment Mr Roberts stepped into the road, the vehicles in Duke of Wellington Place which had stopped at the traffic lights started to move off.”

The prosecutor said Al-Thani’s car, which was almost new, could accelerate from 0-60mph in 4.4seconds, and the driver was unobstructed as he approached Mr Roberts. He had applied the brakes before the collision, but was still travelling at at least 25mph.

“Had Mr Al-Thani been driving at below the speed limit of 30mph and fully applied the brake, his car would have stopped”, added Mr McGhee.

“Even if he was at the speed limit, Mr Roberts could have had sufficient time to complete the crossing of the road or at least clear the front of Mr Al-Thani’s car.”

The court heard Mr Roberts, a former Network Rail signal manager, lived in Harpenden in Hertfordshire with his brother Peter, and was a volunteer guard on the Bluebell Railway.

He had been involved with an emergency blood delivery courier service, and since retirement was hoping to retrain as an office-based controller, the court heard.

Al-Thani, who lives in a luxury apartment in Prince of Wales Terrace, Kensington, west London, initially pleaded not guilty to the charge, but admitted causing death by careless driving on Tuesday afternoon.

He stopped at the scene of the crash and called 999 to try to assist Mr Roberts. “He fully understands the pain and suffering he has caused”, said Simon Csoka QC, representing Al-Thani.

Arguing that Al-Thani should be spared an immediate prison sentence, Mr Csoka told the court: “It is expected that members of the family fulfill particular roles in the Ministry, on the basis that the extended family are trusted by the Emir.

“Because of the nature of Qatari society, obtaining contracts…is dependent on a degree of status. The fact he is a member of the Al-Thani family depends on whether he obtains contracts.

“If he is sentenced to immediate imprisonment, purely from the perspective of the fact he is a prisoner, it would have a reputational impact on his business.”

Al-Thani was also ordered to pay prosecution costs of £3,200.