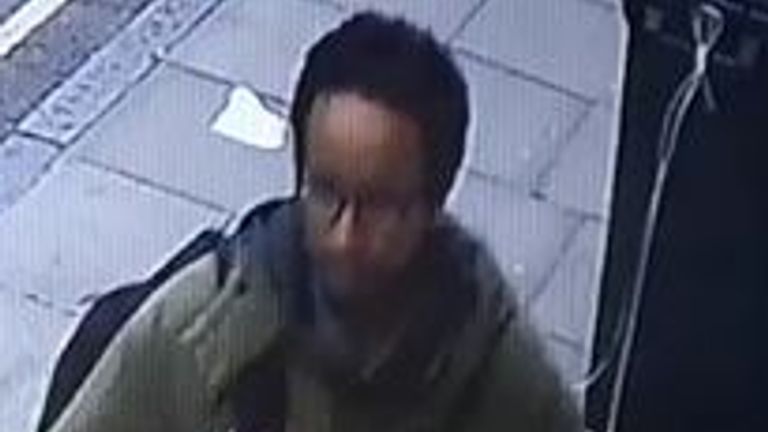 The 25-year-old man, who has been arrested on suspicion of the murder of Sir David Amess, is seen walking slowly along the pavement on Friday morning.

With a backpack across his right shoulder he is seen wearing a green parka jacket and spectacles, with his hand in his left pocket.

Image:
A man, believed to be Ali Harbi Ali, was pictured on a pavement in north London last Friday

The video footage was filmed from outside a convenience store on Highgate Road at 8.44am.

Ali, who lived a few streets away, is thought to have been walking to Gospel Oak train station at the time.

Police are investigating Ali’s movements in the hours leading up to the attack and are looking into whether he boarded a train at Gospel Oak station to travel to Leigh-on-Sea, Essex.

The Conservative MP was stabbed to death on Friday while holding a routine constituency surgery at Belfairs Methodist Church.

The 69-year-old had been meeting constituents when the attack happened. Image:
The man was pictured on the same day Sir David Amess was fatally stabbed

The shop manager told Sky News that police had asked to see the CCTV footage on Saturday morning.

He said they specifically asked to see a timeframe of between 0830am – 0900am and that he had handed over a copy of the video.