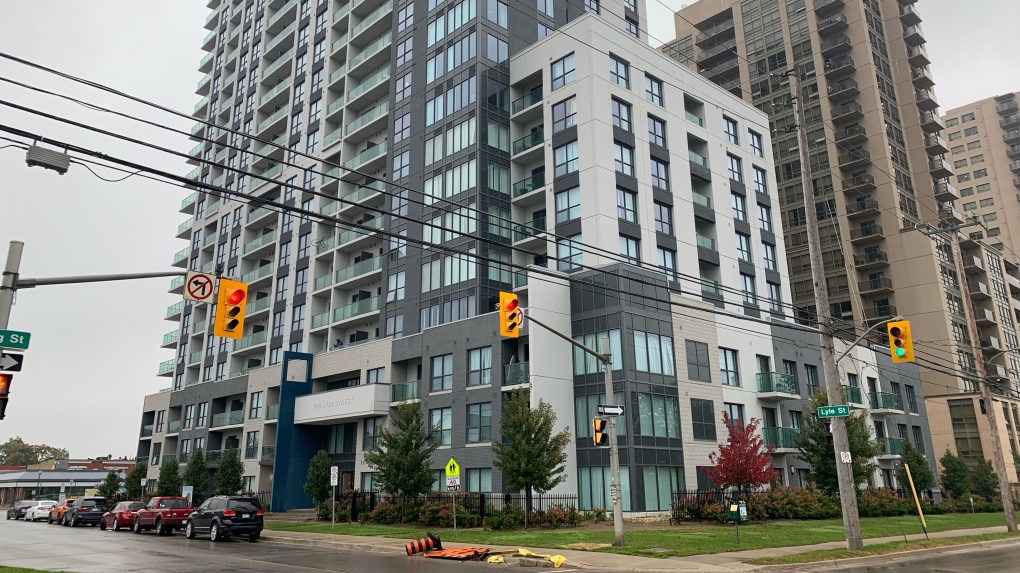 The London Police Service and the Office of the Chief Coroner are investigating the death of a young child who sustained injuries after falling from a highrise building Saturday afternoon.

Police say around 12:30 p.m. officers and paramedics responded to a 911 call to a residence in the area of Lyle Street and King Street where a young child was found with life-threatening injuries after falling from a balcony.

The area was blocked off for several hours.

Witnesses told CTV News London the elevators for the condo building at 400 Lyle St.were shut down and more than a dozen police cruisers and ambulances attended the scene.

The child was taken to Victoria Hospital, but after life-saving efforts, the child was pronounced dead.

Police say the investigation is ongoing.

In a statement released Monday, Medallion Corporation, which manages the building, said it was saddened to learn about the child’s death.

George Espinola, director of residential property management for Medallion, added, “At this time, respect for the family is required; therefore, Medallion will not be making a formal statement other than to say that our thoughts are with the relatives of the child.

“Medallion Corporation is dedicated to maintaining the safety of its residents and staff.”