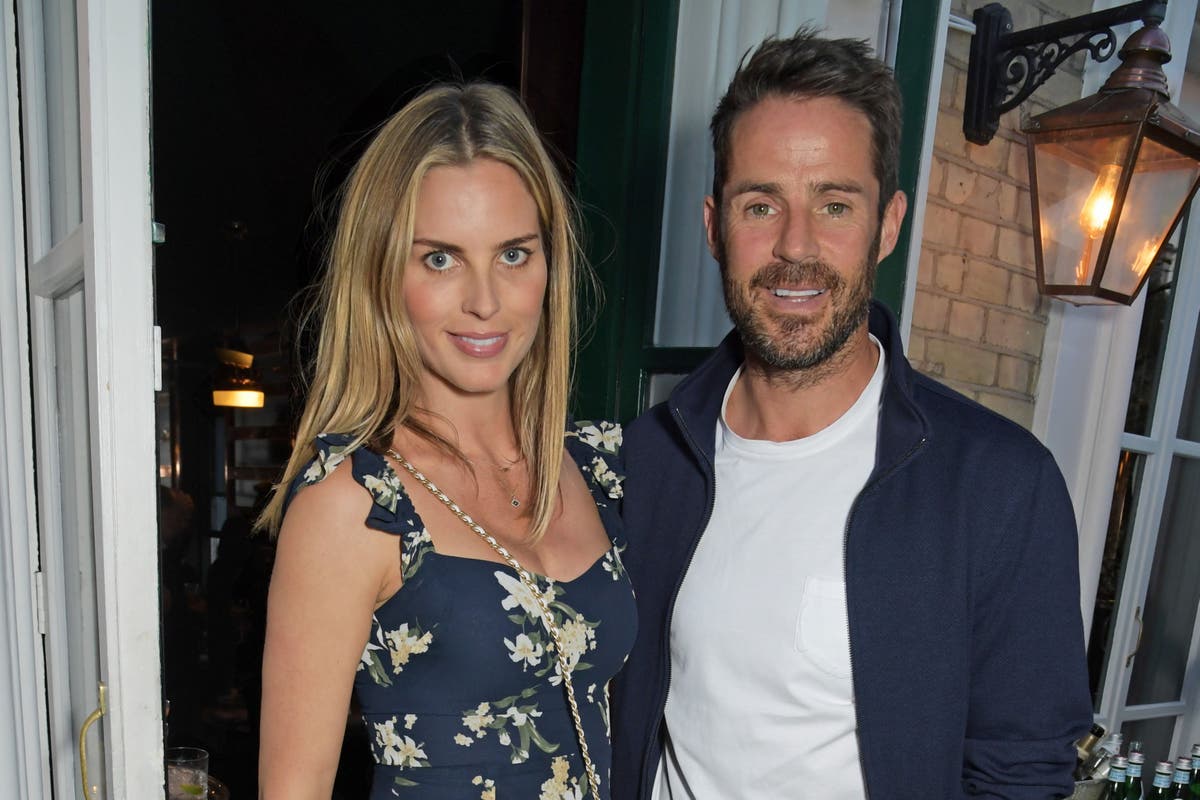 The former footballer, 48, tied the knot on Monday at Chelsea Registry office in West London. They said their vows at an intimate ceremony in front of their closest family.

It was reported the football pundit’s father Harry and mother Sandra were in attendance as well as his brother Mark.

The couple, who have been together for about two years, got married ahead of welcoming their first child together in November.

The Mirror had obtained pictures of the happy couple at the venue on Monday afternoon.

The Standard has reached out to Jamie Redknapp’s representative for further comment.

It comes four years after Redknapp divorced his singer ex-wife Louise Redknapp. The singer and Redknapp have two sons Charley, 16, and Beau, 12.

Earlier this year, Harry Redknapp said he was “excited” about his son’s new baby.

Speaking about becoming a grandfather for the sixth time, the 74-year-old told broadcaster Julia Hartley-Brewer on talkRADIO: “I’m really pleased. It’s good news, so looking forward to that and it’s exciting times.”

He had previously said Louise will always be part of the family.

When asked about his son’s new relationship two years ago, Redknapp replied: “We did meet Frida and she is lovely, very nice, but I don’t want to talk about Jamie’s new relationship. The last thing I want to do is upset Lou.”

He added: “It’s upsetting that Jamie and Lou aren’t together. It was a complete shock. She is the mother of our grandkids and she’s still part of the family.”