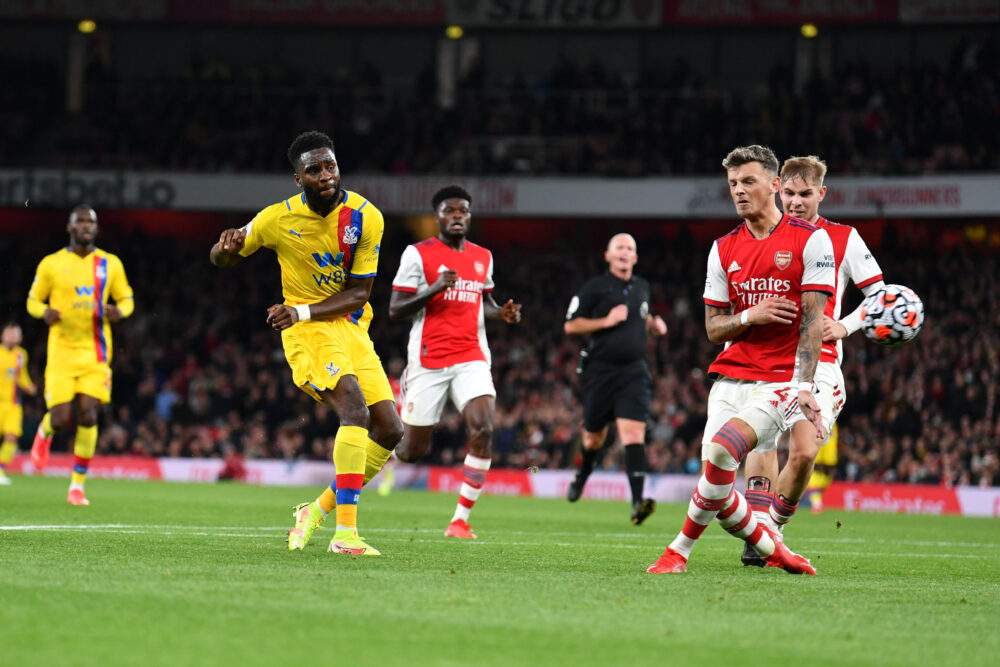 The Eagles led 2-1 going into the closing stages after fine finishes by Christian Benteke and Odsonne Edouard had cancelled out Pierre-Emerick Aubameyang’s first-half goal.

It was Cheikhou Kouyate – another substitute – who conceded a corner in the fifth minute of stoppage time, Lacazette pouncing after Vicente Guaita initially repelled a close-range strike by Ben White.

Vieira told Sky Sports: “It was so close, but we’ve been saying that a little bit too often. We have to learn from the games that we’ve played. I’m really disappointed because in the second half, the way the team came back and played, those players deserved to win that game. I’m really frustrated for them. They played well, they were really brave and showed a lot of character. At the end to concede the goal was unlucky really.

“When we come to a place like this and play like that – with a lot of character – it is really positive for the rest of the season. But on the other side we conceded those goals on set-pieces, on the second phases, and we need to work on that.

“At the end of the game we have to roll our sleeves up and put our bodies on the line. We were really unlucky. That’s the way it is, we are learning in a really harsh way but I believe there is more to come from the team to challenge even better.

“We threw away two points. When you perform the way we did and it is the last kick of the game, it is really difficult to accept. I’m really happy with the reaction in the dressing room because they are gutted, they are not satisfied with a point – especially the way we played in the second half.”

The result leaves Palace 14th in the Premier League standings.

They were also denied maximum points against arch rivals Brighton before the international break, as Neal Maupay struck in the fifth minute of added time at Selhurst Park.

“The players are really open to new ideas and the way they are working every day allows me to be really demanding of them,” said Vieira. “Today they showed a really good togetherness and team spirit. We have to turn around those performances as a win, because it is not good enough to play well. We need to win football matches…and I want to win football matches.

“I’m pleased with the process we’re putting in place but that is obviously not enough. We need to do more, because what is important at the end is to win games.”

Viera dropped to his haunches after Lacazette rescued a point for Arsenal. The Gunners legend, a key part of Arsene Wenger’s side, was asked how he stays calm on the sidelines.

“The previous manager that I had was really calm because this is the image you want to give to the players. Inside me is still boiling and excited by every moment in the game, but this is part of my personality.” 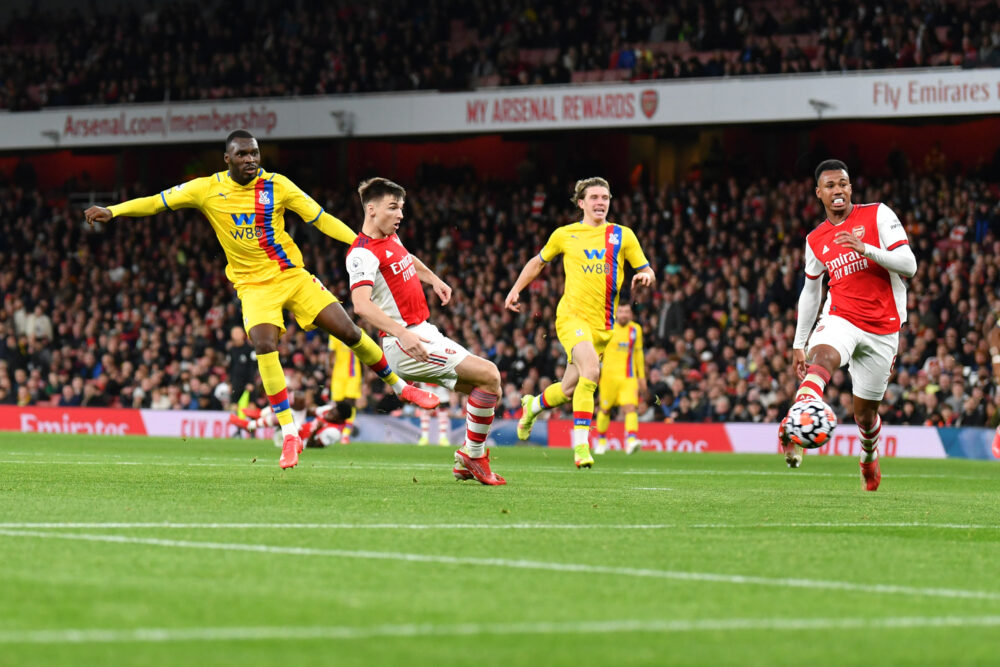