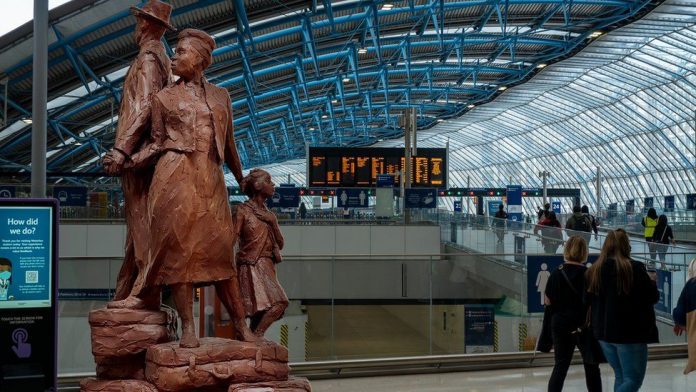 Renowned Jamaican sculptor and painter, Basil Watson has been chosen to design the United Kingdom’s National Windrush Monument, which will stand at London Waterloo station. He was selected from a group of four artists, all of whom are of Caribbean heritage.

The monument, which is backed by £1 million of government funding, will pay tribute to the Windrush generation of Caribbean migrants, who arrived in Britain after the Second World War and the generations that followed over the years.

The UK government says the monument delivers on a manifesto commitment that aligns with the nation’s Black History Month celebrations. It is expected to be unveiled on Windrush Day 2022, on June 22.

“His design will celebrate and honour the contribution of the Windrush generation, right at the centre of our nation’s capital. The Monument will become a permanent place of reflection and inspiration for all, reminding us of our shared history and heritage,” he said.

Basil Watson has designed public sculptures and monuments across the world including statues of Martin Luther King Jr, Usain Bolt and Merlene Ottey. This will be his first public artwork in the United Kingdom, where he lived for part of his childhood with his family, who are part of the Windrush generation.

He said that he was honored to be chosen to design the monument.

“I feel privileged that I now have this opportunity to express the aspirations, vision and courage of my parents, who took the long sea voyage to England in 1952 as part of that Windrush generation in search of a brighter future. I look forward to bringing my design to life, because I know how much this means to the Windrush community,” Watson said.

Basil, who was awarded the Order of Distinction (Commander Class) in 2016 by the Jamaican government in recognition of his artistic accomplishment, will now begin work to convert his maquette into the 12-foot-high bronze monument.