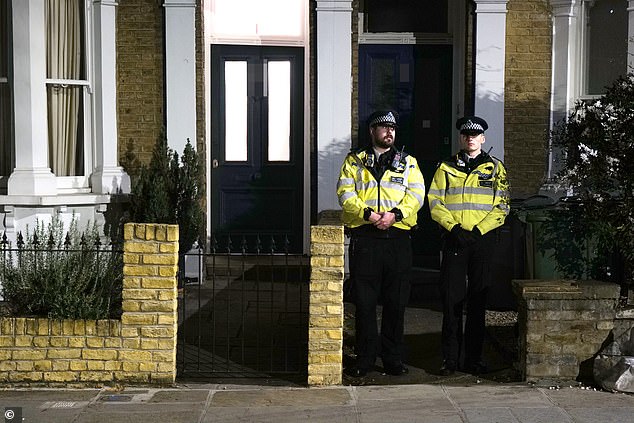 The tree-lined road, where properties sell for around £2 million, was also previously home to the late Only Fools And Horses actor Roger Lloyd Pack, who lived there for 27 years until his death in 2014.

Labour leader Sir Keir Starmer, who yesterday laid a wreath for Sir David Amess at the scene of his killing in Leigh-on-Sea, lives just streets away.

He is also the MP for the area where Ali lives with his father in their council-owned flat. The road, populated with Victorian terrace houses, is described as ‘vibrant’ and ‘close knit’. It lies in the London Borough of Camden.

Other high-profile names with addresses nearby include former Guardian editor Alan Rusbridger and the late Labour Minister Tessa Jowell.

A 1959 film called Sapphire, about the murder of a young woman and exposing deep racial tensions in the capital, starring Fenella Fielding, was set in the street.

It has been alive with police activity since Friday when police arrived to search the property.

The family rent the top two floors from the local council, but a ground floor flat is privately owned.

‘We weren’t aware of any father living there,’ said one resident in the street.

‘They’re a lovely family as far as I’m concerned. There was an incident a long time ago involving one of the brothers and the police, but nothing recent.

‘We saw the police there yesterday afternoon and they’ve been coming and going from the property all day. 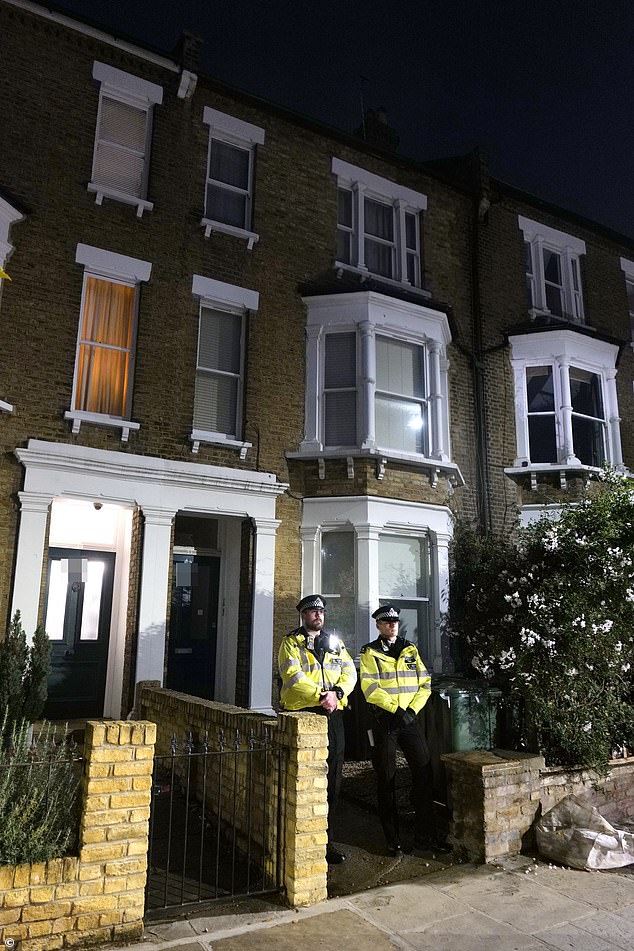 Residents reported seeing teams of officers, some wearing gloves, moving in and out of the house during Friday and yesterday (police outside the home of Ali Harbi Ali, pictured above) 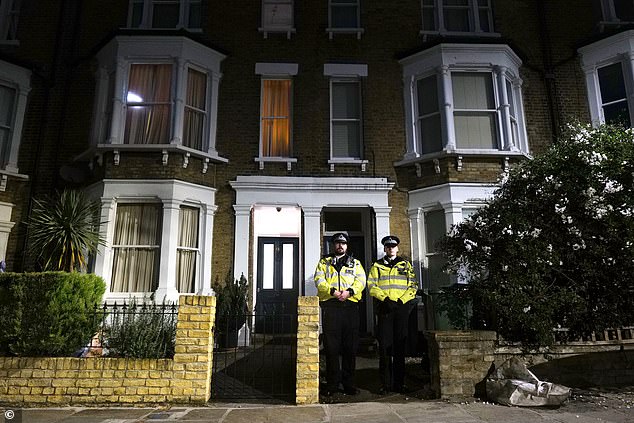 ‘Officers searched the house very thoroughly and some of them also went to the back garden in case anything had been thrown out from the upper windows.’

The resident added: ‘We’ve lived in the street for more than 20 years and they’ve been here all that time since the boys were very young.’

Another resident said that she hadn’t seen any armed officers involved in the raid and there didn’t appear to have been a forced entry.

She said: ‘There were officers in forensic suits going in and out all night. This is a respectable area and you don’t see a lot of police activity in this street.’

The Victorian terraced houses in the street, not far from Hampstead Heath, fetch up to £2.4million. 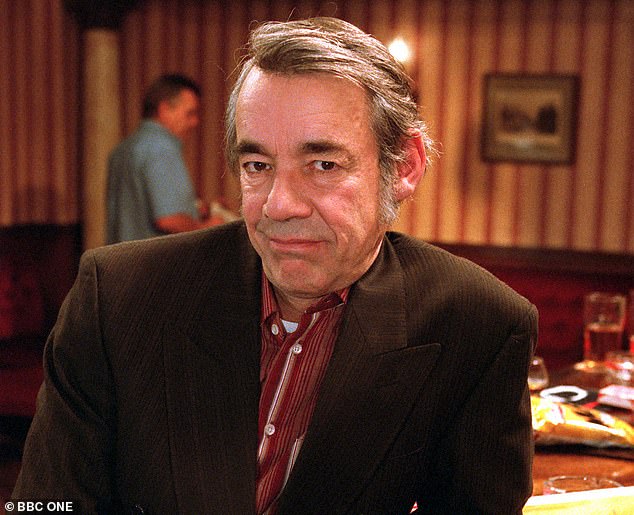 The tree-lined road was previously home to the late Only Fools And Horses actor Roger Lloyd Pack (pictured in 2001), who lived there for 27 years until his death in 2014

The road’s occupants have held a large Summer street party for the last 20 years, described as ‘a welcoming, vibrant event bringing together the whole community to enjoy a day of wonderful activities, including a delicious shared home-made lunch, children’s activities and a Ceilidh.’

Locals reported seeing teams of officers, some wearing gloves, moving in and out of the house during Friday and yesterday.

One neighbour, who did not wish to be named, said: ‘Police have been moving in and out all day. I’ve seen officers in unmarked vans with gloves on, plain clothes guys going in. They’ve been parked along the road.

‘I didn’t know the guy who lived there and never saw him. I can’t believe that someone on this road would be linked to that horrific attack.’